Power To Save: Smart trash cans on Stroudsburg streets

The new receptacles alert borough workers when they get full. 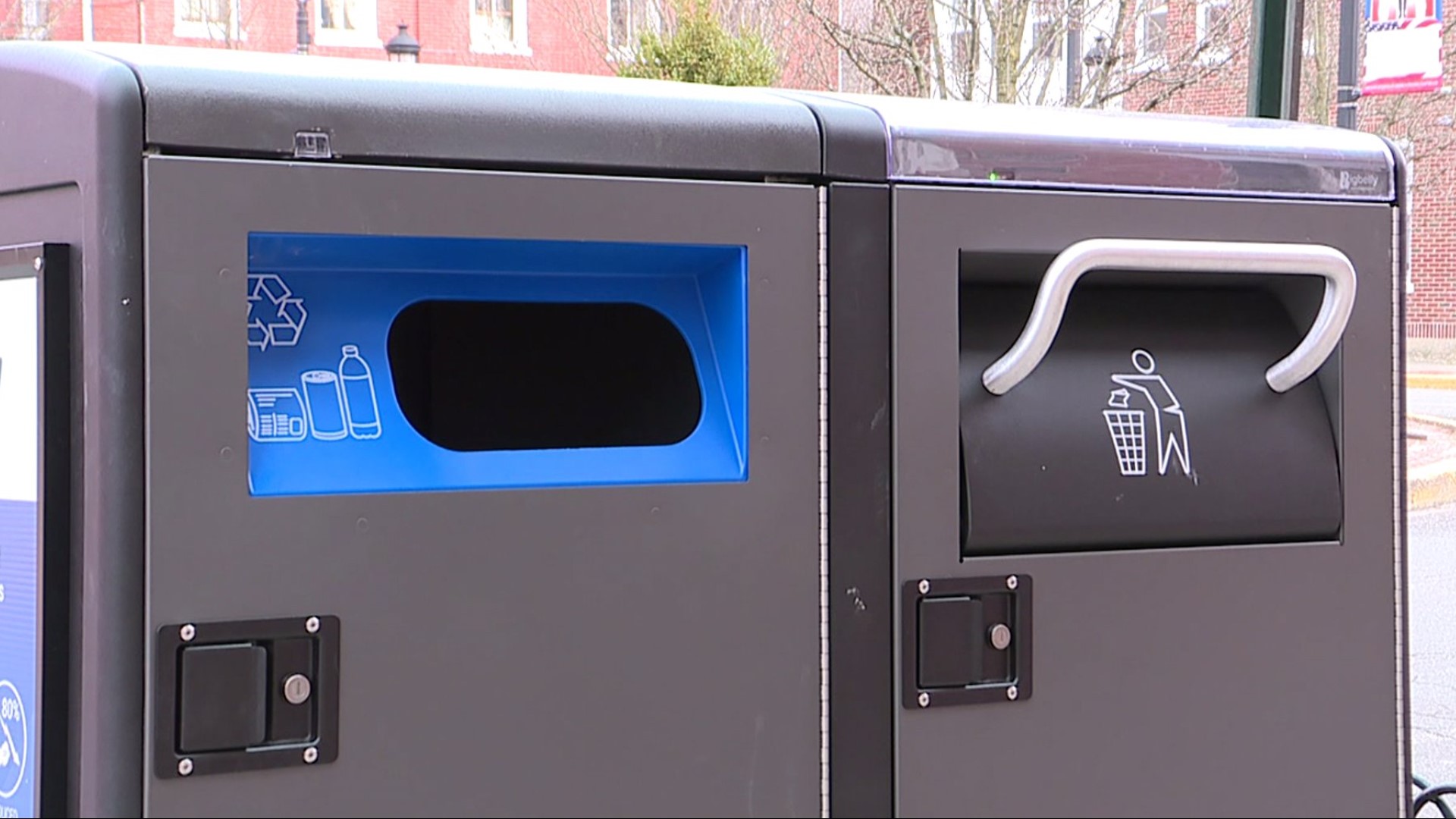 STROUDSBURG, Pa. — One borough in Monroe County is taking trash collection into the 21st century.

Thanks to a growing number of new trash cans, that problem has dropped off significantly since the new cans were installed three weeks ago.

"It alerts our hauler to get it when it's getting full," Probst explained. "I know it sounds funny, but there's a beeper, and you can see here when it's working. When it starts to get full, they get a notification."

Mayor Probst tells us that notifications for pickup allow the borough works department to avoid unnecessary trips to the cans. There's another added benefit.

"With these, it holds five times the amount of trash, and when you step on it, you can see there's no household garbage bags or anything else that's going to be able to go in there."

"Through the solar, you can see on top of the can, it compacts. It just keeps crushing the garbage down. So that's why it can hold five times more," Probst said.

For those concerned about the aesthetics of the historic downtown, don't worry. It's not going to be completely out with the old and in with the new.

"We're still keeping some of our historical cans out there, but you got to change with the times, too."

All 32 of the new trash cans will be installed throughout downtown Stroudsburg.