Police Searching for Armed Bank Robber in the Poconos

Heavy police activity at NBT Bank of Mountainhome. Reports of an armed robbery this AM. Police looking for bluish gray vehicle. @WNEP pic.twitter.com/eNohxUGYgo... 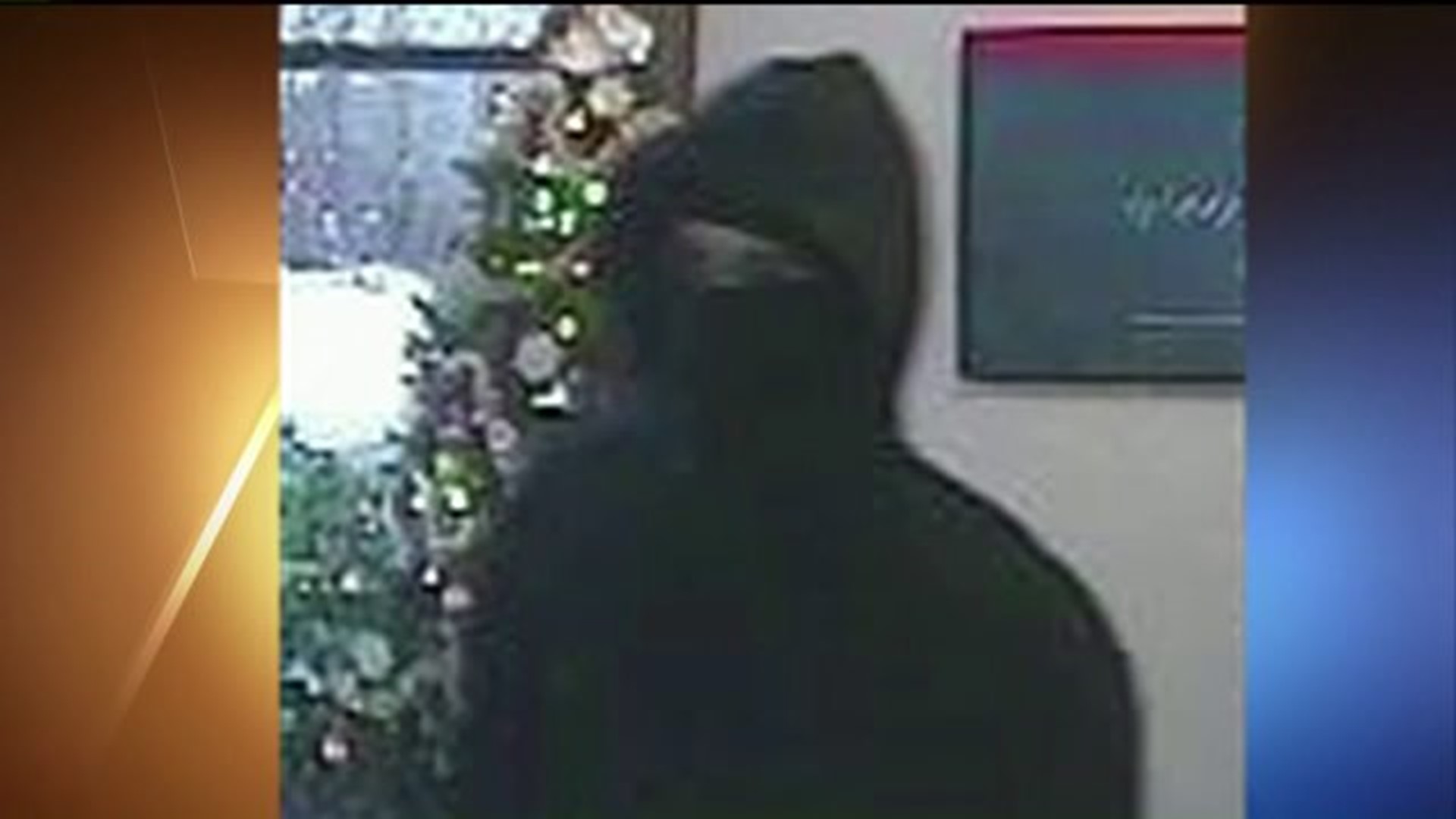 Heavy police activity at NBT Bank of Mountainhome. Reports of an armed robbery this AM. Police looking for bluish gray vehicle. @WNEP pic.twitter.com/eNohxUGYgo

BARRETT TOWNSHIP -- A Wednesday morning bank robbery in Mountainhome had police busy looking for the robber.

The armed robbery at NBT Bank of Mountainhome took place just after 9 a.m.

"Well, it's sad. It's sad it hits so close to home. Barrett is usually quiet," said Julius Schlatt of Barrett Township.

Here's what police say happened: the robber had a handgun and was wearing a black sweatshirt and black ski mask. After he made his way inside the bank, he jumped right over the teller counter and stuffed a black backpack with money.

After the robbery, the thief took off across the street, ran through a yard and into a getaway car. Then he and the driver took off down Route 390.

Julius Schlatt lives near the bank.  His brother Paul has a hearing impairment, but he saw a grayish-blue Volkswagen car speed off.

He saw the gray car pull down in there. Then moments later, it came racing down really fast and went that way. My brother, he doesn't miss a trick," said Schlatt.

Vincent Fellows lives across the street from the bank.  He woke up to all the commotion. He says it seems like bank robberies are happening more and more each day.

"This is a very quiet town and this is something that definitely shakes up the whole neighborhood," said Fellows.

Pocono Mountain Regional Police Chief Chris Wagner tells Newswatch 16 no one was hurt, and they aren't sure how much the crook got away with.

Now they are asking for the public to keep an eye out for the getaway car.

Anyone with information is asked to contact Pocono Mountain Regional Police at 570-895-2400.