Police respond as Stroudsburg High School is locked down

A school lockdown and calls to the emergency center led to tense moments in Stroudsburg on Tuesday. Students are safe and several police agencies are investigating. 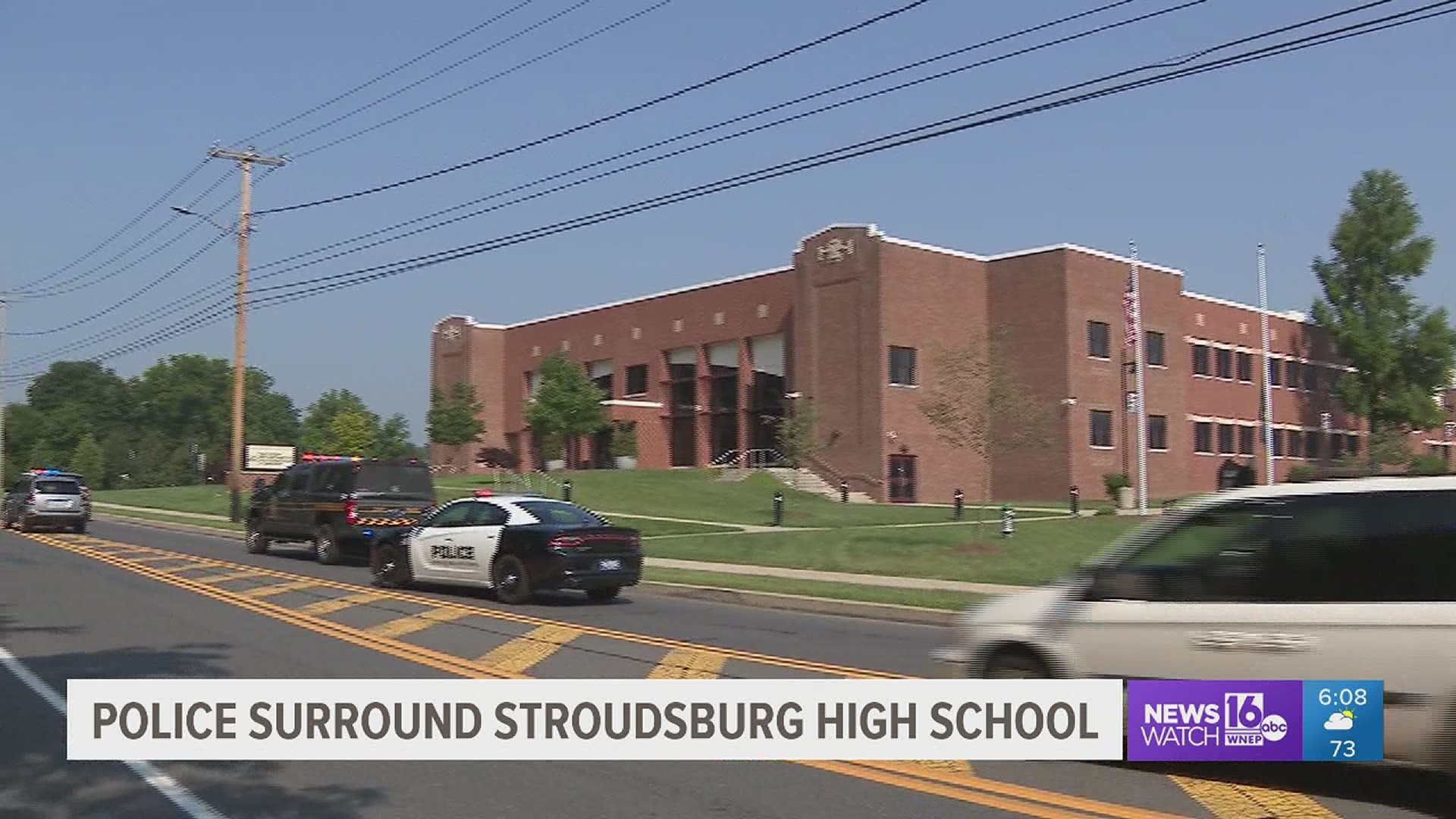 STROUDSBURG, Pa. — A high school in Monroe County was on lockdown for a few hours Tuesday morning. Now, two teenagers have been charged with weapons on school property.

Two 14-year-old boys have been charged in this incident. Police say one had a toy gun, and the other had a BB pellet gun.

Police say just before 9 a.m., a Stroud Area Regional Police Officer assigned as a school resource officer in the Stroudsburg Area School District was told that the district received an anonymous tip about a possible threat involving a gun at Stroudsburg High School.

As a precaution, the school was put on lockdown to keep the students safe in the classrooms so officers could investigate the tip.

Alysa Bianco, a junior, was inside for summer school.

"They came into our classrooms, made us put our hands up, walked to the front of the room, and patted us down," Bianco said. "They took all of our bags."

Shortly after the threat was reported, the Monroe County Communication Center received a call of an active shooter. State police, Stroud Area Regional Police, and county detectives were called.

They searched the school to make sure everything was safe, and no active shooter was found.

Students were dismissed before noon.

Shermayne Mcintosh showed up to get her daughter, who had been texting her from inside.

"Nothing has ever happened like this, so this is really scary. I mean, I did not know the seriousness of this until I got here and saw all of this. It's really scary; it's really nerve-wracking that you hear of these things happening all over, but you're not thinking it's going to happen to you or that it could happen at your child's school."

Sarah Crowley-Juliano is a senior at the high school. She was just about to go to the school for her first class when she got a text from her sister, who was already inside.

"It's just very scary. I rushed right over here. She just told me that she thinks apparently they have the person in custody, which I am happy about, but this is, like, terrifying."

Summer school will pick up again on Wednesday.