TOBYHANNA, Pa. — A man from Allentown is expected to be charged for allegedly storming a youth football game in Monroe County and yanking an 8-year-old bo... 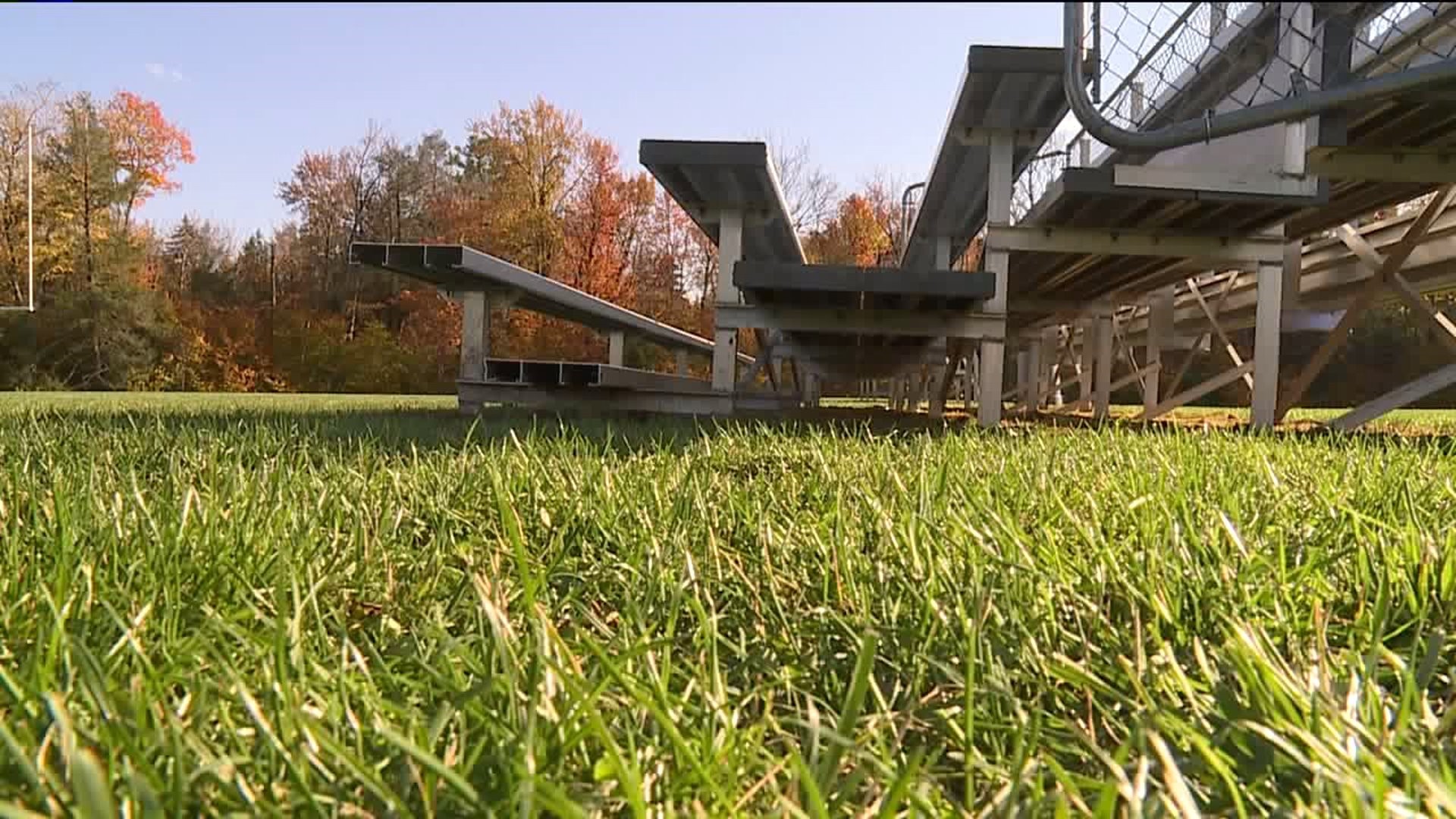 TOBYHANNA, Pa. -- A man from Allentown is expected to be charged for allegedly storming a youth football game in Monroe County and yanking an 8-year-old boy by the arm.

Police say it happened at a game Sunday afternoon in Tobyhanna.

At Pocono Mountain West, parents and students gathered for a junior varsity game between West and Pleasant Valley. The news has them outraged.

“What happens is that you have adults that take away the fun of the activity and the sport and what are we teaching our children when we behave that way?” said Nawanna Graham of Tobyhanna.

Pocono Mountain Regional Police say that man, Juan Rodriguez, 31, of Allentown, was at that game played at the football field behind Clear Run Intermediate School organized by the Youth Association of Pocono Mountain.

Investigators say Rodriguez was angry about a call made during the game and then ran onto the field and grabbed that 8-year-old player from the opposite team.

The opposing team's parents began to yell, then a parent from Rodriguez's team called the police.

“They take it way too far. Let the kids play. It's their game,” said Janet Roengo from Tobyhanna. “I would be very upset if anybody put a hand on my child.”

Newswatch 16 had been set to speak with the president of the Youth Association of Pocono Mountain until the vice president contacted us and said there would be no comment from anyone from the organization.

Police did not say if Rodriquez, who was ejected from the game, is a parent of a player.

Jamal Bayton runs the Pocono Bobcats Youth Football Association and has a policy if a parent gets out of hand.

“If a parent gets ejected, the kid ends up losing game time. And that rule was put in place this year to kind of tell the parents back off,” said Bayton.