EAST STROUDSBURG, Pa. — Police in Monroe County are asking for your help in finding a man and woman who tried to steal a television from a Walmart Sunday ... 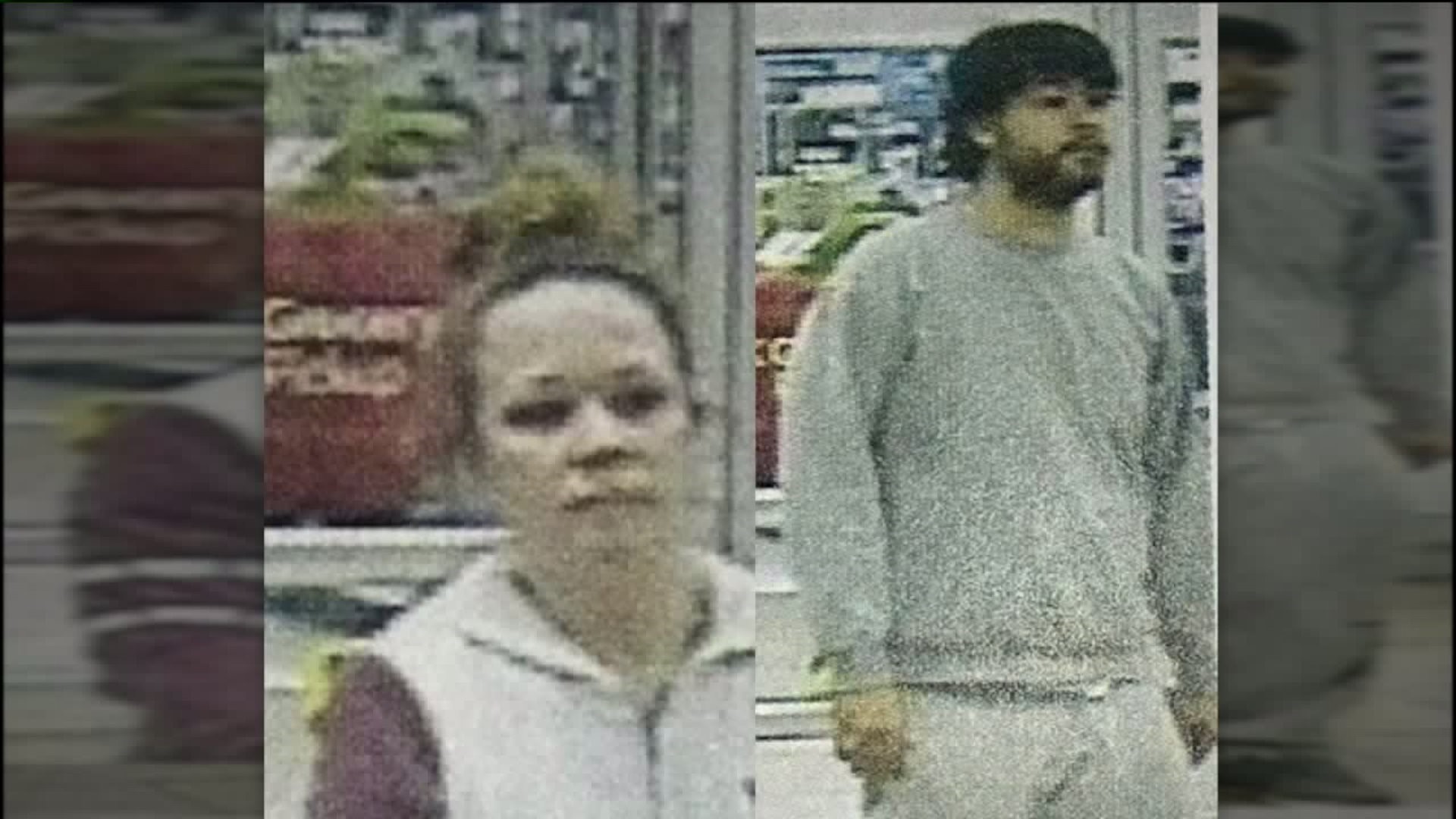 EAST STROUDSBURG, Pa. -- Police in Monroe County are asking for your help in finding a man and woman who tried to steal a television from a Walmart Sunday night.

Stroud Area Regional Police say the two tried to steal a 60-inch television from the store in East Stroudsburg around 10:15 p.m. When the pair tried to get away with the merchandise, they were confronted by the store's loss prevention officer who tried to stop them. That's when police say the man assaulted the officer before the couple left the store.

People who shop at this Walmart were stunned to hear the situation got so violent.

“That's sad because you have to earn a living. You didn't come to work to be attacked,” said one customer who didn’t want to give her name.

“Do I protect my job or do I protect myself?” said Maxmara Lockley from East Stroudsburg. “So it's kind of like between a rock and hard place, but I guess he did the right thing by doing his job and trying to step in and I hope they catch him. That's awful.”

“It's horrible. It's really horrible. I mean, people go to make a living, don't expect stuff like that, you don't expect to be attacked doing your job,” said Erahim Chellaoui from East Stroudsburg.

Newswatch 16 asked management at this Walmart about how badly the loss prevention officer was injured. They said they could not release any information because it’s an ongoing investigation.

Investigators say after the attack on the officer, the couple then took off in a silver SUV. They are hoping someone recognizes the pair.

People say with their faces shown clearly in the photo, they believe somebody will.

If you recognize either of them, you are asked to contact Stroud Area Regional Police.