COOLBAUGH TOWNSHIP — An attempted break-in at a home in the Poconos was caught by a security camera and now police are trying to find the people responsib... 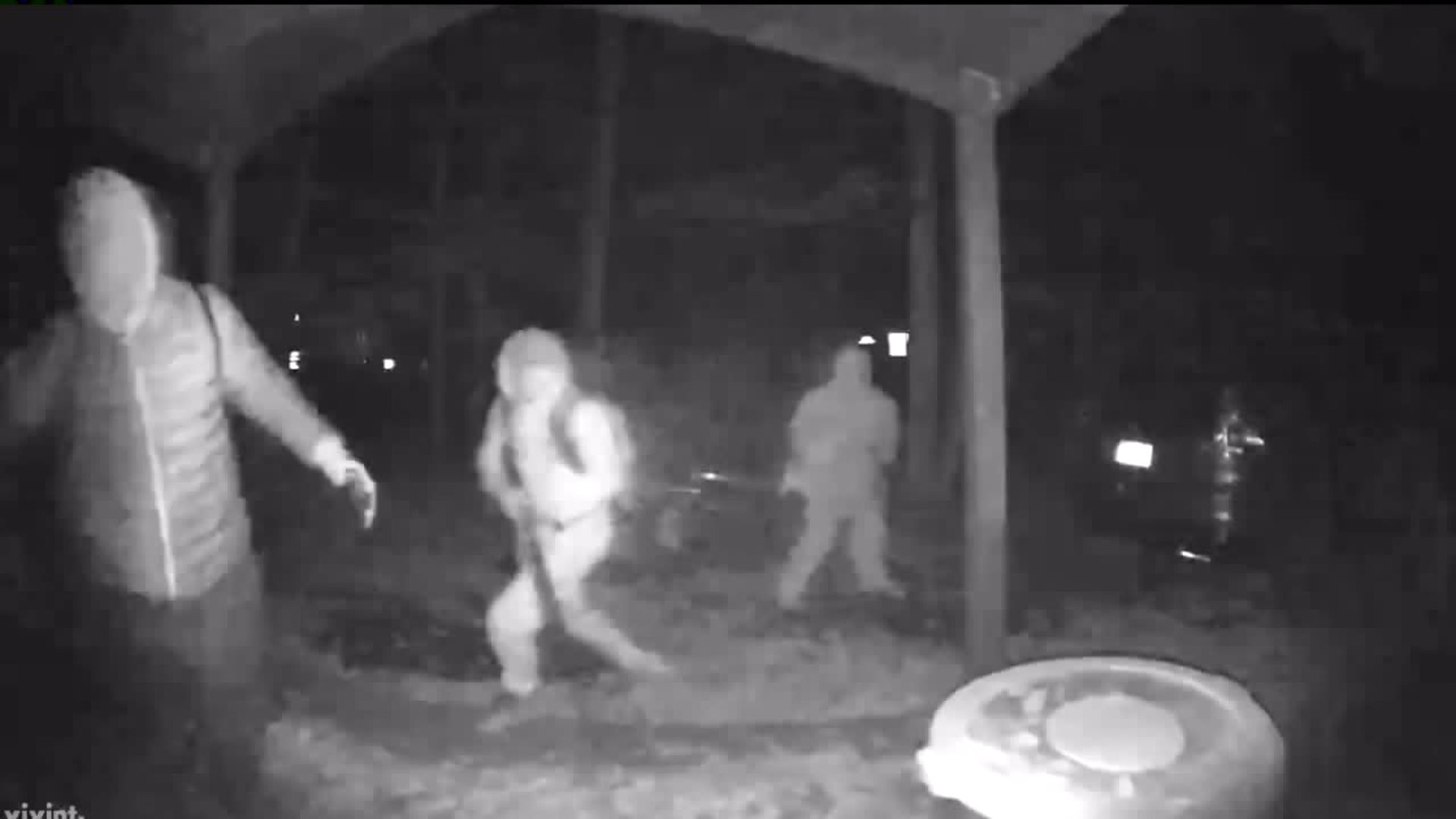 COOLBAUGH TOWNSHIP -- An attempted break-in at a home in the Poconos was caught by a security camera and now police are trying to find the people responsible.

The video shows at least four masked people outside a home in A Pocono Country Place. One person is armed with what police say is a shotgun and another kicks the door open.

Pocono Mt. Regional Police are hoping community members can help identify the people in this surveillance video. Police say they tried to break into a mans home in A Pocono Country Place. Hear from the homeowner at 5 on @WNEP pic.twitter.com/X65yXlqT66

The home belongs to Charles Jones.

"It was shock, anger, and then fear. Anger mainly because you're violating my home and no one, no one should ever have to go through that," said Jones.

Jones, who is retired and usually always at home, says it happened around 11 p.m. Saturday. He was watching TV when he heard a knock at the door then a big crash from it being kicked in. The alarm spooked the burglars and they took off.

"They saw me, uttered an expletive, and ran."

Jones says this isn't the first time he's had to deal with suspicious activity at his home. It's why his brother suggested he install a security system.

"It might be here today and it might be you tomorrow. It's the main reason why we are trying to get this information out," said James Jones.

Charles Jones hopes that by reporting what happened to him, it will encourage other people in his community to report something that looks suspicious.

"Don't get me wrong, I feel comfortable here, especially with this increased security. I am starting to feel more comfortable, but it takes time because it rattles you. You don't expect it, I definitely didn't expect it."