Racing for all ages at Pocono

Usually, there's so much hustle and bustle you wouldn't notice the small clay track that sits in the shadow of the two-and-a-half-mile speedway. 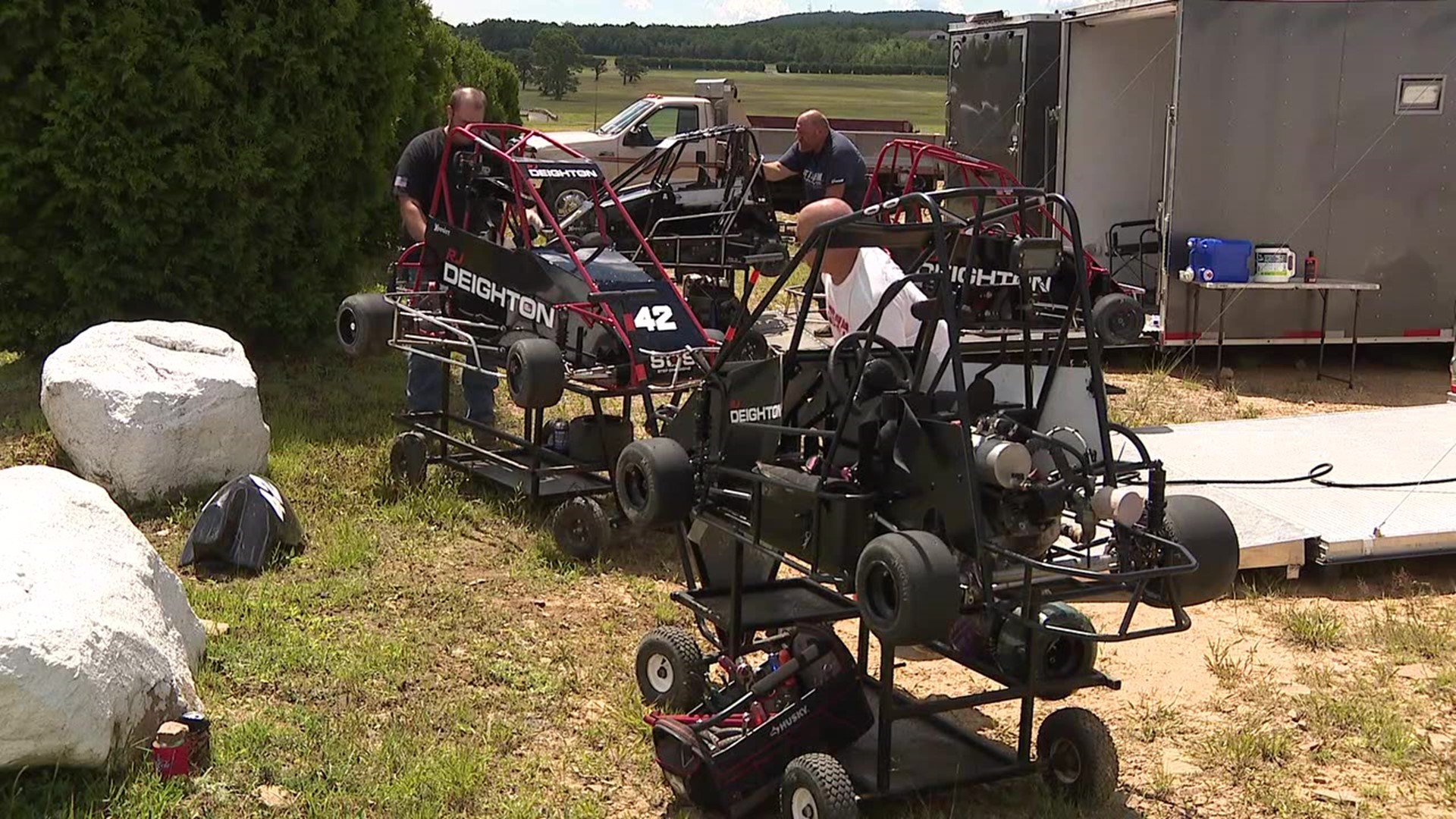 LONG POND, Pa. — It's not your typical NASCAR weekend at Pocono Raceway. There's plenty of racing, but no fans.

The ARCA Menards series drivers will take to the track to begin the General Tire #anywhereispossible 200, but they won't be the only engines running on this property.

The junior racers of the Lehigh Valley Quarter Midget Race Club will also be running just up the street from the speedway. Racers from ages 5 to 16 come to race their cars on the 1/4th mile clay track.

Families come from all over to race here, one of the few tracks in the area in action for them.

Some people we spoke with say they are happy to have something normal back and have been taking many of the same precautions NASCAR is.

With no fan activity going on at Pocono Raceway, it's a chance for some NASCAR drivers to make a surprise appearance on their own time.

"They're attracted to if they want to see it. Ross Chastain was here last night. He was very nice, but two hours with us. Took some photographs, got pictures with RJ which is great you know when it gives these kids initiative," said Robert Gerber.

"Signed a few cellphones, took a few pictures with more and more people. It was cool. I got to meet most of the kids that were racing. Some of them were almost late to get into their carts because we were standing there talking about anything and everything," said Ross Chastain, NASCAR Xfinity Series driver #10.

Chastain has been a busy guy so far this week. We caught up with him doing a meet and greet at the Weis Markets Tannersville location.

If you pay attention to the Xfinity series, you'll know Chastain is also known as "the watermelon man." His family owns a watermelon farm in Florida and was giving people tips on how to buy a watermelon.