Big NASCAR weekend at Pocono with no fans

This won't look like a typical race weekend at Pocono Raceway. 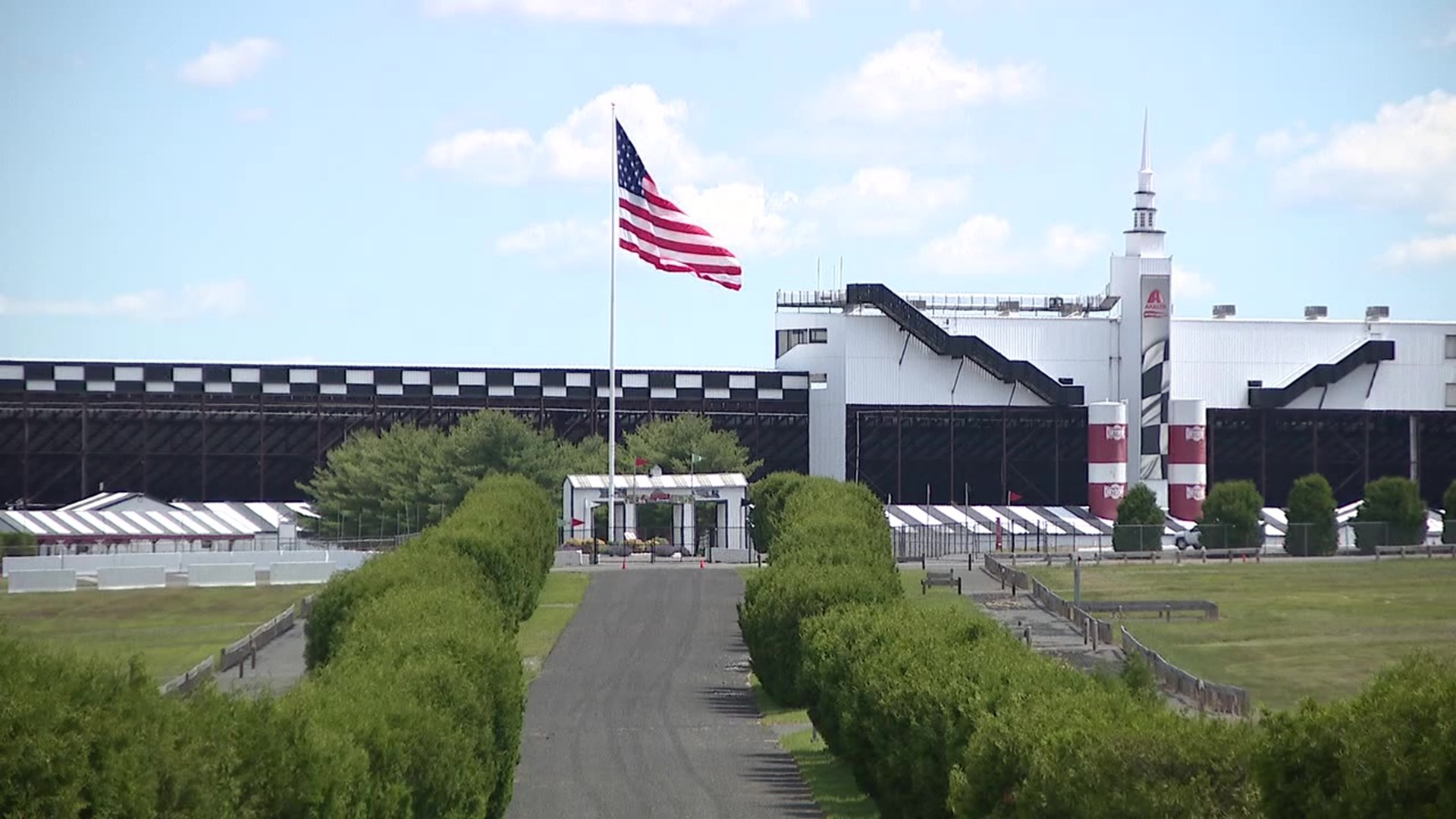 LONG POND, Pa. — All is quiet at Pocono Raceway -- no traffic, no cars, no race fans – even though Monroe County moved to the green phase last Friday.

NASCAR fans who have attended races in the past hoped they would be able to see their favorite drivers race in the first doubleheader race weekend, but that won't be happening.

"Ultimately, we're just disappointed," said Pocono Raceway President Ben May. "We're disappointed for our fans, our partners. We had a special weekend going. The first-ever NASCAR doubleheader, and I mean, ultimately, it still will be but it won't be the same."

In compliance with Governor Wolf's guidelines on sporting events, no fans or spectators are permitted on interior or exterior venue property.

Originally, fans would have been flooding through the gate to see an ARCA race. Now when they get here, all they're greeted by is a lock.

Anthony Fazio says he loves coming to races at Pocono and was disappointed he wouldn't get to see his driver, Jimmie Johnson, race in the first doubleheader. He stopped to see the empty track for himself.

"I agree with NASCAR keeping fans away for safety precautions, keep drivers safe and their families. So you don't want to get too many COVID-19 patients. So I understand like what they're doing, like no fans allowed, and that's completely fine," Fazio said.

Businesses in the area were looking forward to the crowds that a doubleheader race weekend would bring. Vangilder's Jubilee is always a hot spot for race fans and they hoped that would help them bounce back after the shutdown.

"Certainly, different cars by now we'd all, we'd have a full house, people out, people excited for the race, so it's sort of weird because of this quietness that's happening right now," Victoria Vangilder said.