POCONO TOWNSHIP, Pa. — “This is probably the largest fire I’ve ever been involved in and I’ve been in the fire service over 30 years,... 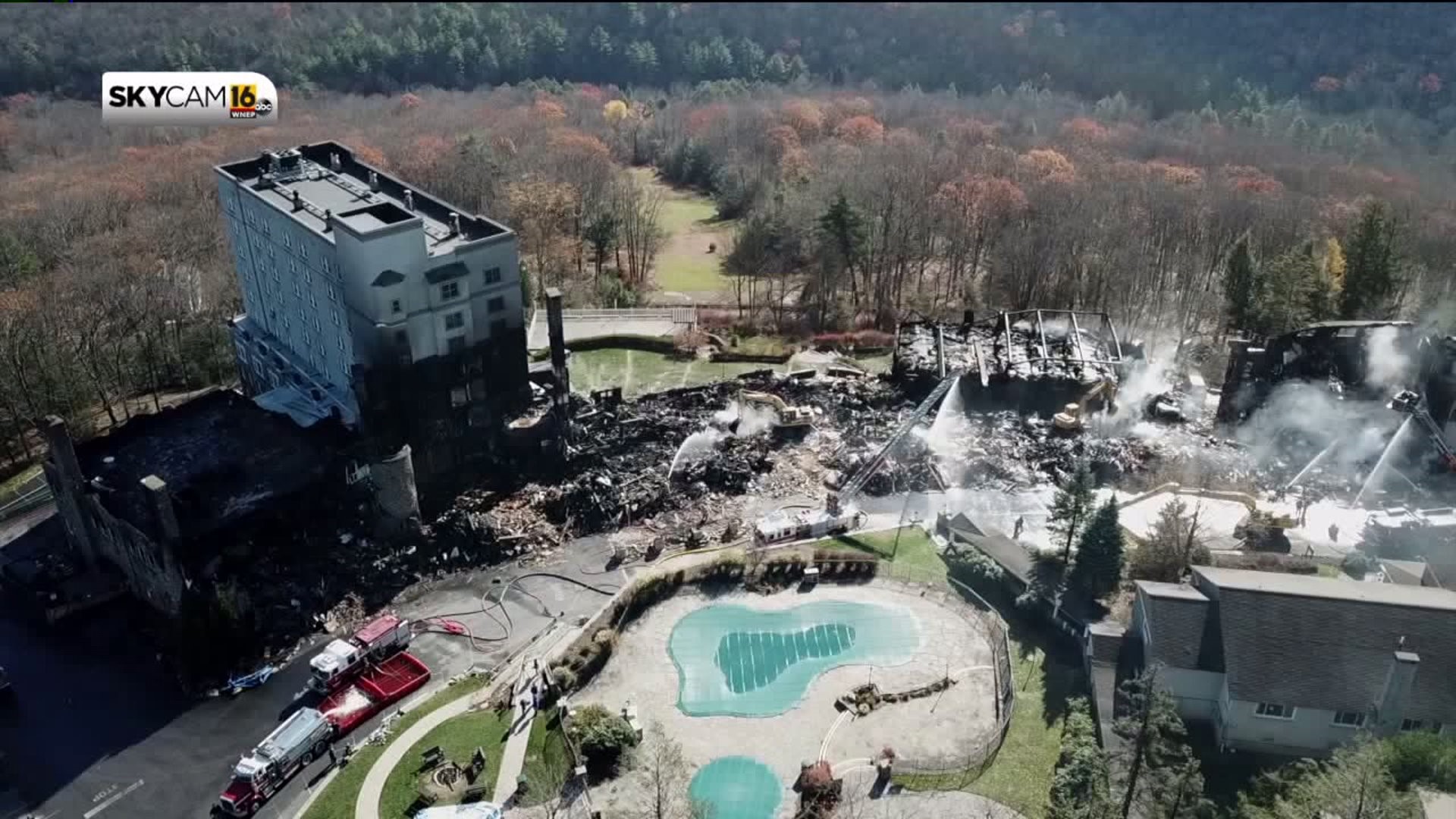 POCONO TOWNSHIP, Pa. -- "This is probably the largest fire I've ever been involved in and I've been in the fire service over 30 years," said Tom Kresge, Pocono Township Volunteer Fire Company Fire Chief.

This Skycam 16 footage shows the footprint that use to be the Pocono Manor Inn near Mount Pocono the fire started early Friday morning.

"We've been here all the way through - as hot spots come up we've been extinguishing em," said Kresge.

"The sense of urgency that they wanna get it out. You can tell they wanted to save everything but it's so old of a building and the winds were so powerful yesterday," said Theresa Neyhart, Swiftwater.

The fire drew onlookers from the area unable to believe the iconic hotel was reduced to a pile of rubble.

This couple took donations of food and water from nearby businesses and brought them for first responders.

They tell Newswatch 16 many of the same first responders they saw Friday night were back first thing Saturday morning to battle hot spots and control the scene.

"I feel bad cause you know they're exhausted and they're not giving up," said Neyhart.

Chief Tom Kresge of the Pocono Township fire department says nearly all firefighting resources from Monroe County were on scene for the fire Friday.

"So that left our area pretty sparse in fire coverage so what we do then is call in other areas to cover," said Kresge.

Services were called in from Wayne, Pike, Luzerne, Lackawanna, Carbon, Lehigh and Northampton counties, as well as New Jersey and Delaware.

State police will investigate the fire.

State Police Fire Marshalls say the fire began in one specific building of the manor.

While they are working to sift through some of this rubble, they will wait until Monday to watch surveillance video from inside the building and determine the cause of the fire.

He anticipates battling hotspots for several days until the scene is safe.

Nobody was injured in the fire and owners tell Newswatch 16 they do plan to rebuild the resort.