Authorities in two states say a string of violent bank robberies were planned and committed by a man from the Poconos. Michael Benanti of Lake Harmony was arres... 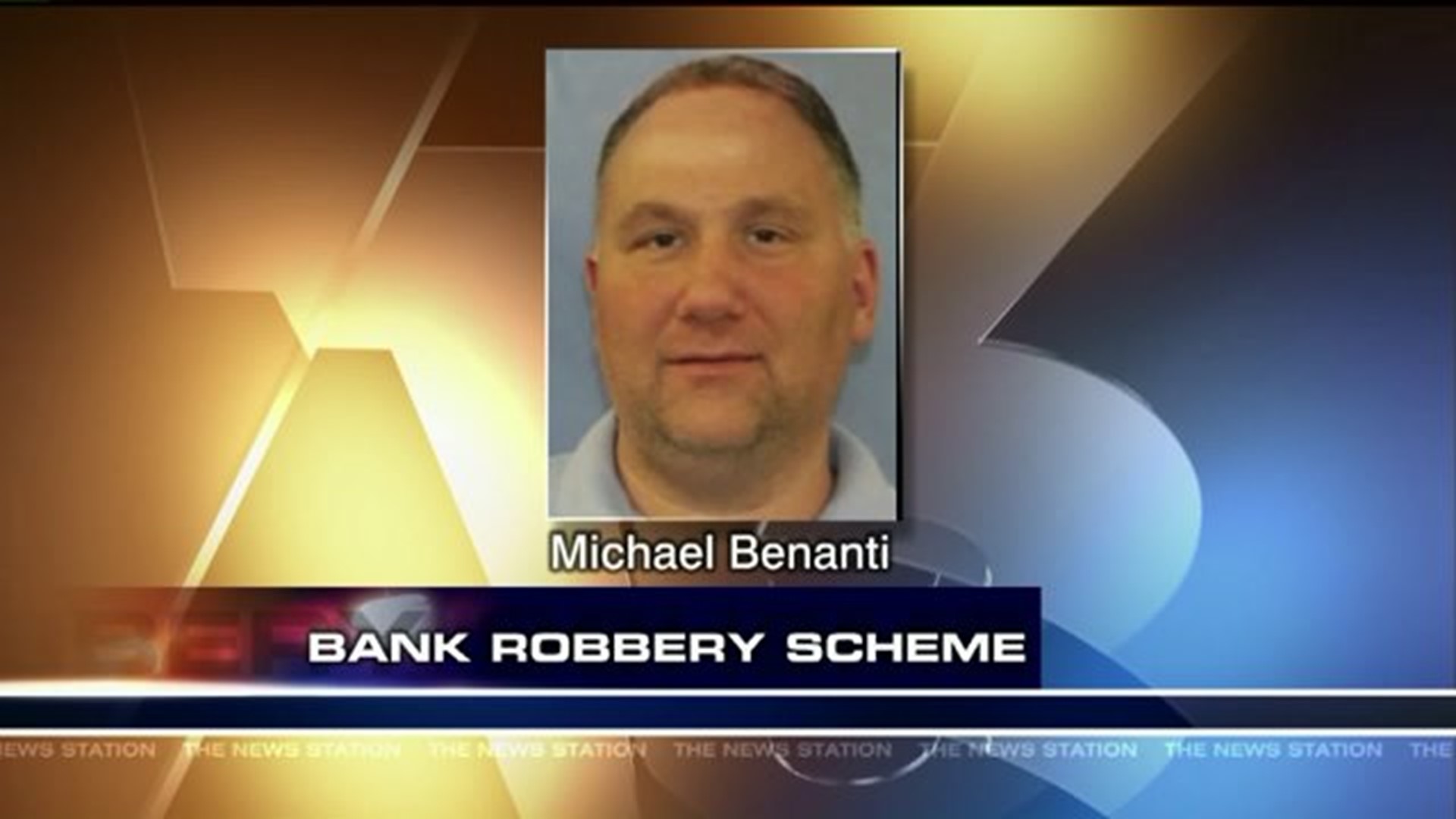 Authorities in two states say a string of violent bank robberies were planned and committed by a man from the Poconos.

Michael Benanti of Lake Harmony was arrested last month in North Carolina for those bank robberies in Tennessee.

And this isn't his first run-in with the law.

Michael Benanti of Lake Harmony is accused of a series of violent bank robberies in Tennessee.

It was following a car chase with police in North Carolina on November 25 that Benanti and a man from Maine were nabbed by authorities.

Both are being held responsible for three bank robberies in Tennessee that took place in April, July and October.

“I find the allegations distressing. I am very upset about it,” said Gourgiotis.

The U.S. Attorney's Office in Knoxville, Tennessee says that in April, Benanti and his partner kidnapped a credit union employee and his family at gunpoint, drove them to the credit union and forced the employee to withdraw money.

They dropped off their victims then drove away.

Then in July, the pair allegedly did it again, kidnapping a SmartBank employee and his family, taking them to the bank and forcing him to take money out.

Again they got away.

Then in October, another credit union employee told police he was threatened with violence if he did not take out money.

In 1992, Benanti was arrested in Lackawanna County for operating a burglary ring.

“For Michael to do something like this, he had to be something either he was desperate or he was coerced, you know. It's an easy thing. Let's do it,” said Gourgiotis.

“To me it's baffling,” said Gourgiotis. “Because I don't believe it. Alright, I know there was a car chase, they caught him in North Carolina, everything was done in Tennessee.”

The U.S. Attorney's Office says Benanti and the other man face a minimum sentence of 142 years in prison if they are convicted on all charges.

Newswatch 16 did try to contact Benanti's business, Prisoner Assistant, but all we got was voicemail.