People in the Poconos Work and Play in the Cold 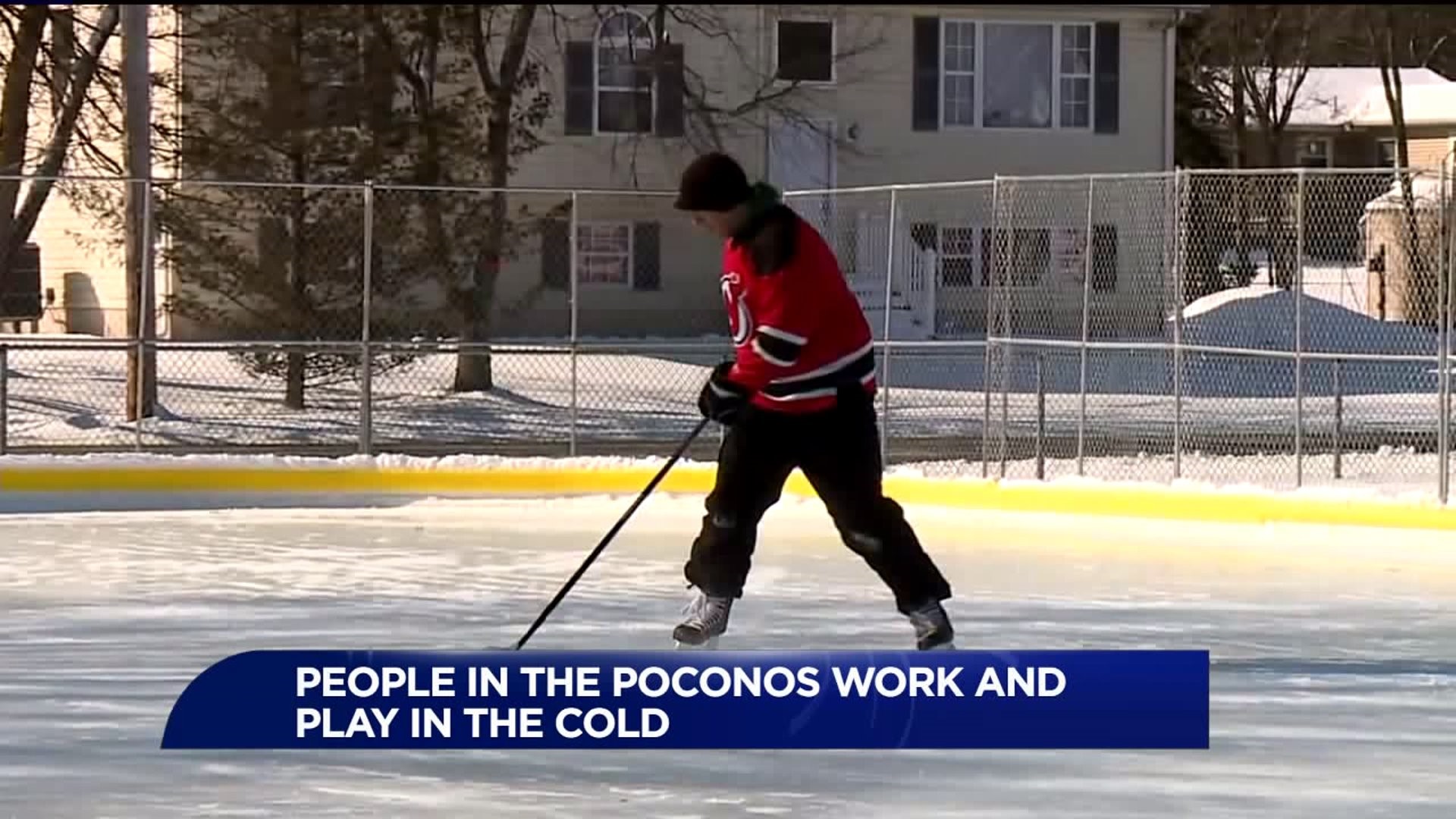 STROUD TOWNSHIP, Pa. -- Tim Bachmann from East Stroudsburg decided to spend his lunch break outdoors playing hockey at the ice rink in Stroud Township. He says the single-digit temperatures aren't bad if you're dressed for it.

"You wear layers, sweat pants, snow pants, I got a sweatshirt and Columbia jacket under this delightful New Jersey Devils jersey," said Bachmann.

Over on Main Street in Stroudsburg, plenty of people were out walking around.

Vanessa Baillis from East Stroudsburg says she has a day full of errands and the cold won't stop her.

"I am just getting some sunshine, enjoying it. I like the cold weather, so you know I am just picking up some things and doing some shopping," said Baillis.

A couple from Stroudsburg are not keen on the cold.

"It's cold. This is a different type of level of cold. It's like Alaska that's what it feels like. I don't know how they do it. I feel like I could never live in Alaska. this is terrible," said Armond Everett.

"It's cold, it's very cold. I don't like it but I am out here shopping with bae, getting him a haircut and enjoying that couples time out," said Asia Campbell from Scranton.

While some people are braving this chilly weather for fun, others actually have to work in it.

"I think I really hate it, man. I just want to fold this up and go home. I don't know if I am overdressed, underdressed," said Beniamino. "It's pretty bitter out here. I have my 30-year-old stuff on so you know it's bad."

Others are looking forward to the warmup that's expected next week.