People in the Poconos Dig Out Before Freezing Temps Roll In

STROUDSBURG, Pa. — Tom Adamo from Stroudsburg was outside his home, clearing off his truck on this chilly January day. He says he’s thankful it̵... 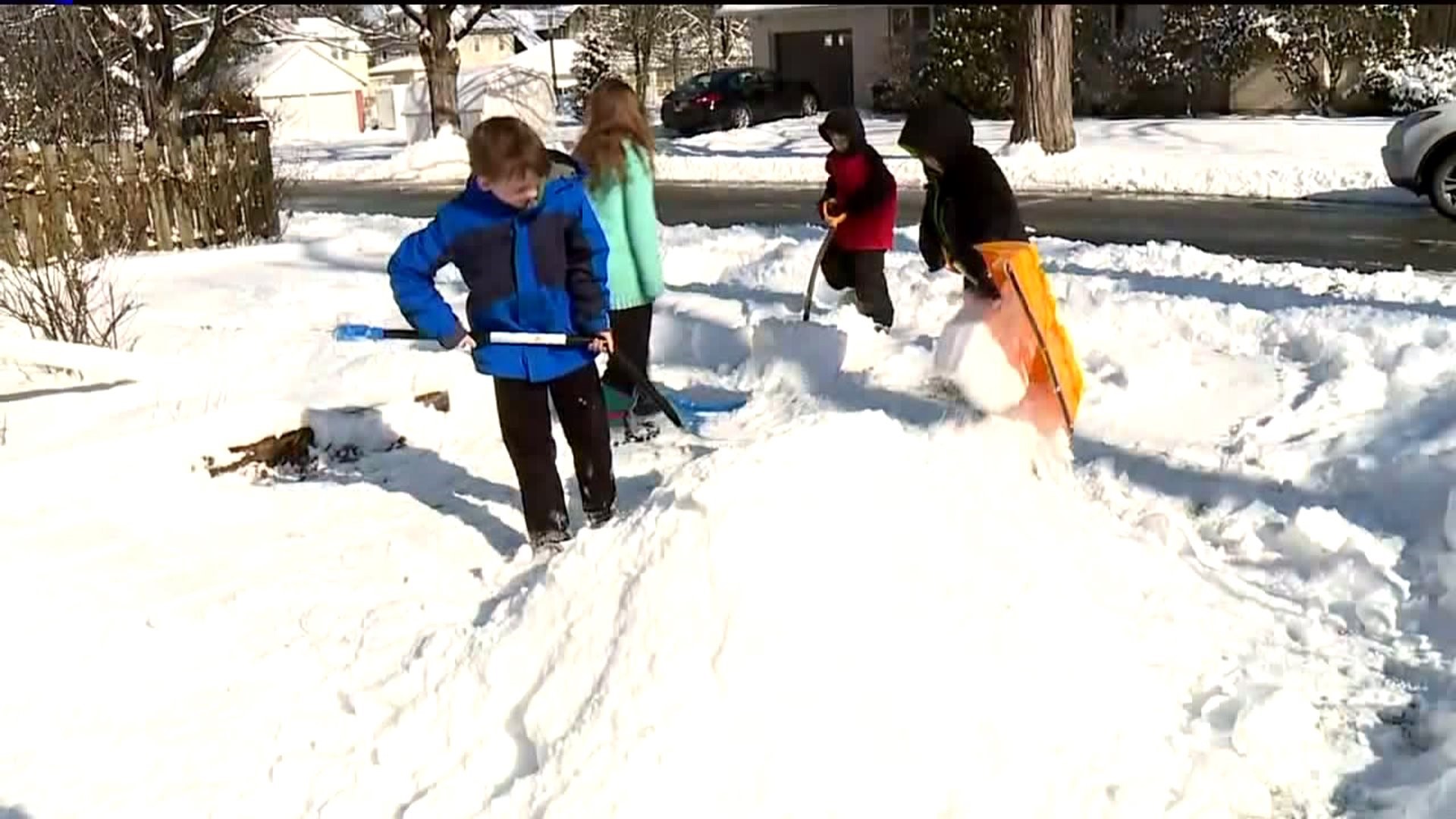 STROUDSBURG, Pa. -- Tom Adamo from Stroudsburg was outside his home, clearing off his truck on this chilly January day. He says he's thankful it's not too heavy to move around.

"Got up and it was pretty easy to move today. It was powder and not too icy or too heavy, so I did it all by hand," said Adamo.

Monday night's snowstorm left several inches of powder on the ground, enough to keep lots of people busy with shovels and snowthrowers.

Ed Bergen was clearing off his tenant's car and sidewalk, hoping to get it all done before it's too cold to go outside.

We also found a few kids off from school. Don't think they are staying inside, they were out shoveling, too.

"I am shoveling snow so I can see the grass once again," said Eoin Sheehy, Stroudsburg.

"You can play in it, jump in it, make a big pile and jump in it," said Sheehy.

"I just came out here. I am not so prepared. I just wanted to come out and see what the boys were up to."