PennDOT Worker Hurt in Crash on I-380

COOLBAUGH TOWNSHIP, Pa. – A worker was injured in a wreck between a tractor-trailer and PennDOT vehicle in Monroe County. 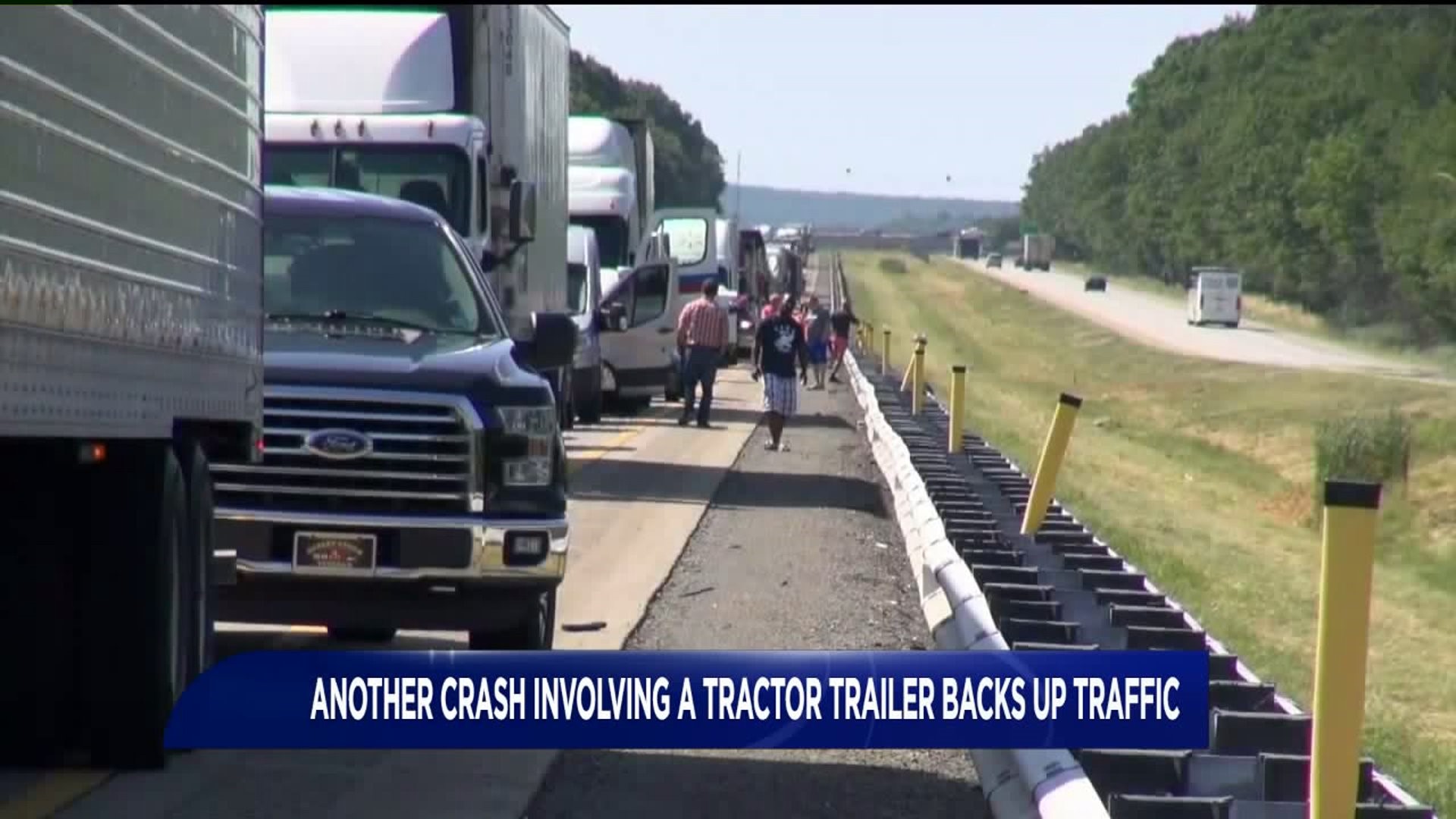 Second day in a row a crash involving a tractor trailer has traffic at a standstill in Monroe Co. This time it happened on I-380 North between Mt. Pocono and Tobyhanna. Officials say the TT hit a PennDOT “crash truck.” One PennDOT worker was taken to the hospital. @WNEP pic.twitter.com/uBcDZTuy3Q

COOLBAUGH TOWNSHIP, Pa. – A worker was injured in a wreck between a tractor-trailer and PennDOT vehicle in Monroe County.

It happened around 9:30 a.m. Thursday on Interstate 380 north between the Mount Pocono and Tobyhanna exits.

Officials say a PennDOT worker was hurt when a tire on the rig blew out, causing the driver to hit a PennDOT "crash truck" on the highway. The tractor-trailer driver was also hurt and taken to a hospital. Their injuries are described as minor.

Traffic in the area of the wreck was backed up.