STROUDSBURG, Pa. — A local star football player from the Poconos is making plays this season for the Los Angeles Rams. Recently, he made his first primeti... 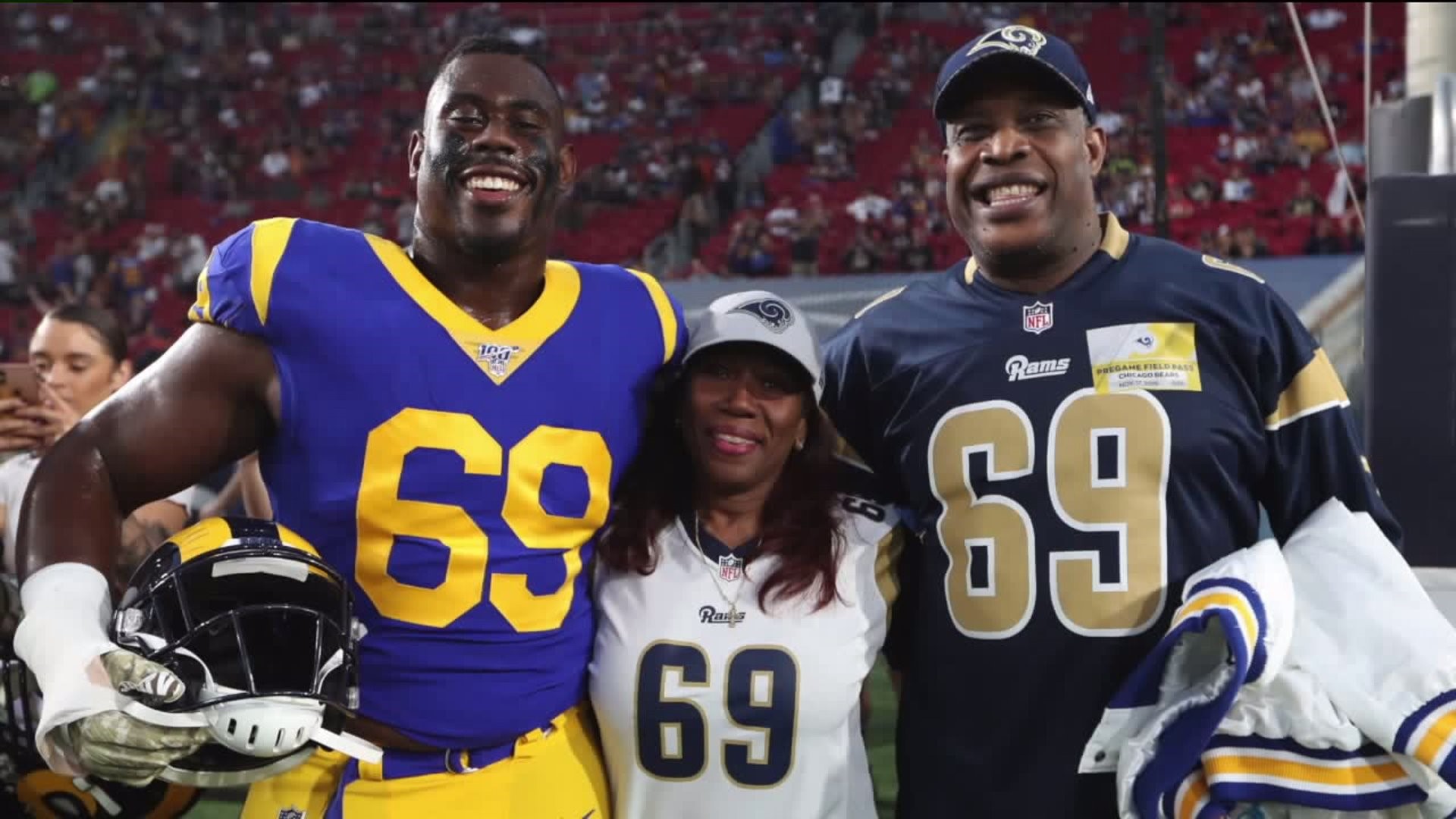 STROUDSBURG, Pa. -- A local star football player from the Poconos is making plays this season for the Los Angeles Rams. Recently, he made his first primetime start in L.A. and his parents were there to see him in action.

After getting drafted by the Rams a year ago, Sebastian Joseph-Day was inactive all season for the eventual NFC champions.

This year is a different story. The Stroudsburg High School graduate is contributing to one of the league's hottest defenses, much to the joy of his parents, who got to see him in primetime.

"I've been dreaming to see that day. When I was invited by him, and he said 'Dad, I want you to be at my first primetime game,' I was like 'OK, sounds good. We're going to come out,' never realizing in a million years that the experience was going to be so mindboggling," said Sebastian's father, Vivens Joseph-Day.

Last Sunday, Sebastian made his first NFL home start under the lights, and there to see it at the historic Los Angeles Coliseum were his parents Vivens and Mirlende.

"Very emotional, just looking at him, I had a tear in my eye. I just see him walking, and I don't know if I can use religion, but I just say, 'Glory to God," Mirlende Joseph-Day said.

Sebastian arrived at the stadium that night wearing a shirt with a picture of his parents, who came to America from Haiti in their early 20s and describe all of this as truly a blessing.

Sebastian went out and excelled against the Bears, registering five combined tackles in a 17-7 Rams win.

"I've become so happy for him because I know for the fact how hard this kid works, has been working, and continues to work. It's very demanding. This is a job. They have somebody behind you to take your position if you cannot perform well," Vivens said.

Sebastian will take the field Monday night for the Rams against the Ravens, once again in primetime, and you already know his parents will be watching from the Poconos.