Paint Shop in the Poconos Gets a Surprise Customer

MOUNT POCONO — Take a look at this surveillance video from Gleco Paint. The sight is not something you see every day. A deer crashed through the window of... 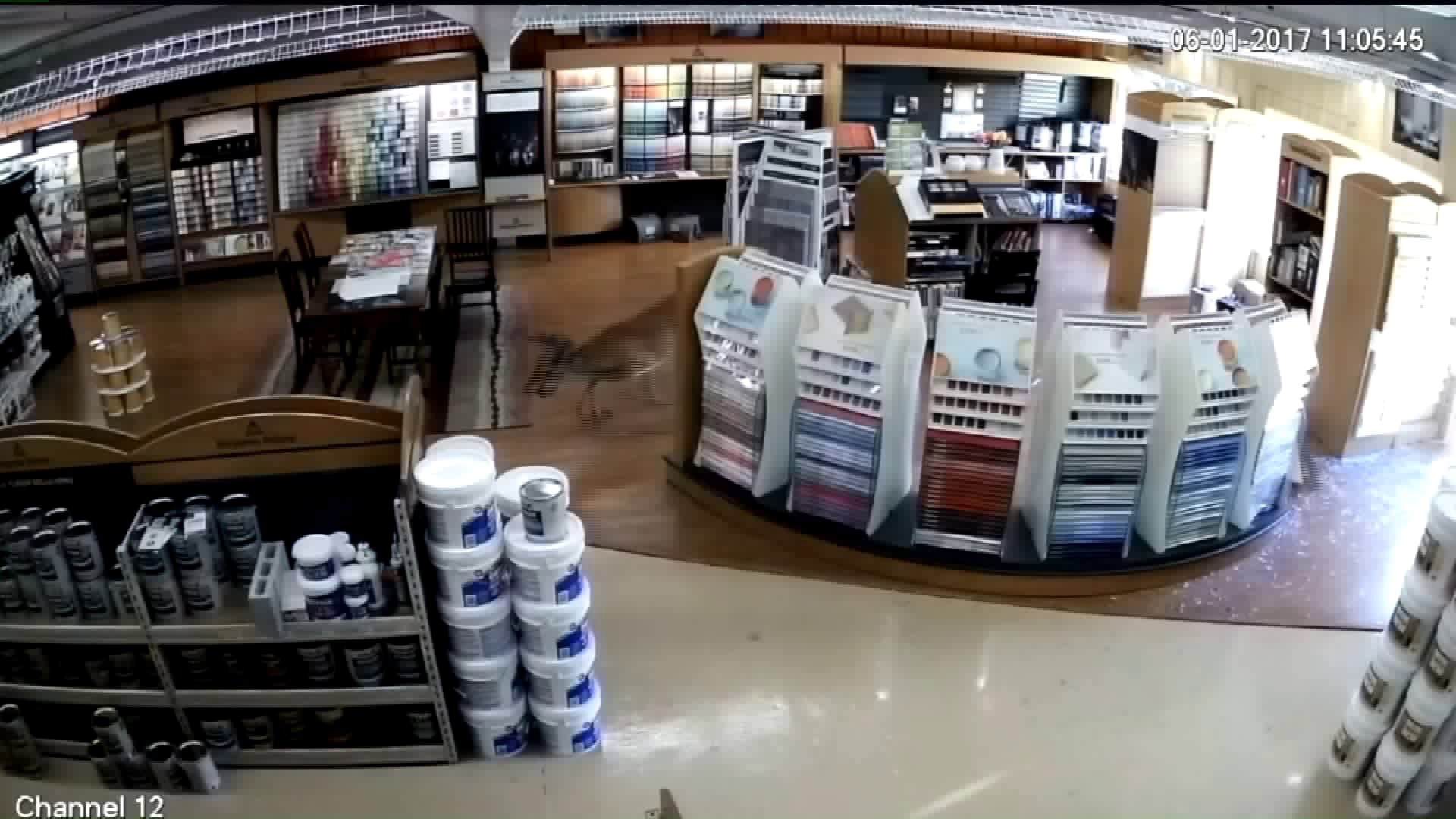 MOUNT POCONO -- Take a look at this surveillance video from Gleco Paint.

The sight is not something you see every day.

A deer crashed through the window of the place on Route 940 in Mount Pocono last week.  It jumped passed Steven Gleason who was helping a customer.

"Yes, I was standing over by the window talking to a retail customer. We heard the crash and the deer passed by my head and landed in the store," said Steven Gleason, Gleco Paint owner.

The buck then proceeded to slip and slide its way around the store, being very careful as to not knock over any of the displays.

Michael Gleason says he initially thought it was a big rock that went through the window.

After the buck realized there was nothing in the store for him to buy, he gracefully let himself out doing surprisingly only minimal damage.

Workers at the store say the broken glass window was the only big problem the deer caused. It has since been temporarily repaired.

"He just walked around, slid a couple of times and made his way out," said Steven Gleason.

"The deer shot out right in front of me and skirted down the driveway and across 940 and jumped back to the other side," said Michael Gleason.

And although the situation was scary, it's a funny memory that employees at Gleco Paint will look back on. With video proof of the deer in the paint shop.