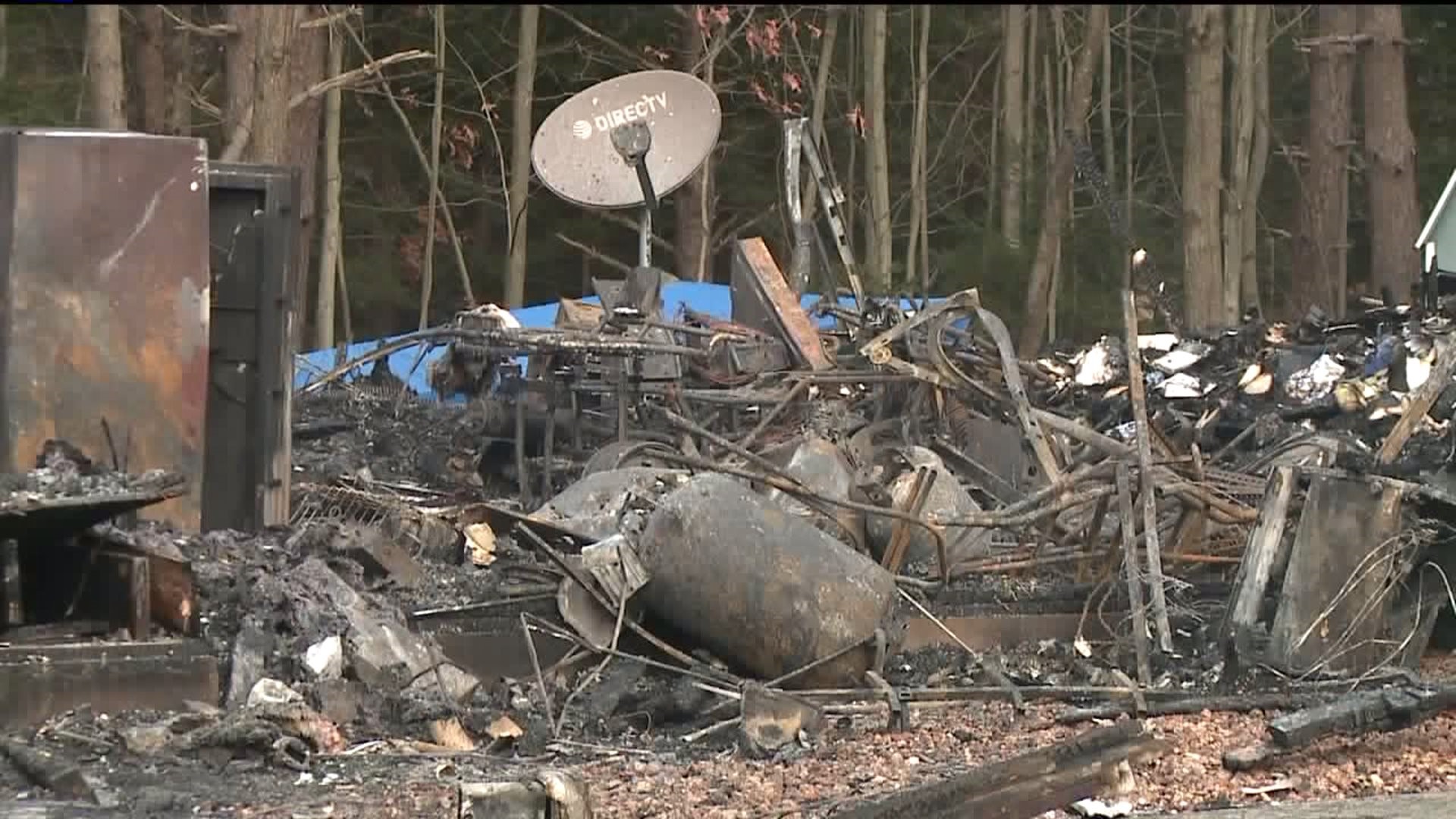 CHESTNUTHILL TOWNSHIP, Pa. -- After losing everything in an early morning fire, Teri Buerkle of Chestnut Hill Township says complete strangers keep stopping by to see if she could use a helping hand.

"One of them gave me a jacket or a coat and they were all very supportive. You know, no body knows what to say," Terri Buerkle, fire victim.

Buerkle says after Thanksgiving, she and her family went to bed as usual and at 4 a.m.

"My puppy woke me up with a little whimper and scraping and when I popped my eyes open there was smoke coming through the garage doors and we just went from zero to thirty, got the family and the dogs out one dog was lost but we found her later, it was burned down in thirty minutes," said Buerkle.

Buerkle says fire crews told her the accidental fire started in the garage.

She and three other family members and five dogs made it out okay but they are still waiting to find four cats.

"At the last minute i thought, do you go back in and get like your computer and your shoes? But it was just so fast and the main thing is the memories that are gone. I'm sorry. I just took all of my memories of my kid's Christmases out of the shed that's still standing so I lost it all so yeah there's nothing left," said Buerkle.

Despite being left with this destruction, Buerkle says she still has a lot to be thankful for.

Such as the support from her neighbors and the fire fighters that came to her rescue.

"They were absolutely amazing they were all business when they got here when they got it under control they were compassionate. They're volunteers and you just don't realize that they came out in the middle of the night to save my family," said Buerkle.

If you would like to make a donation to the family that used to call this place home you can click here to the gofundme.