Operation Safe Stop: Watching Out for School Kids at the Bus Stop

STROUDSBURG, Pa. — Local and state police were out in full force Wednesday morning, keeping an eye on school bus stops. The patrols are part of Operation ... 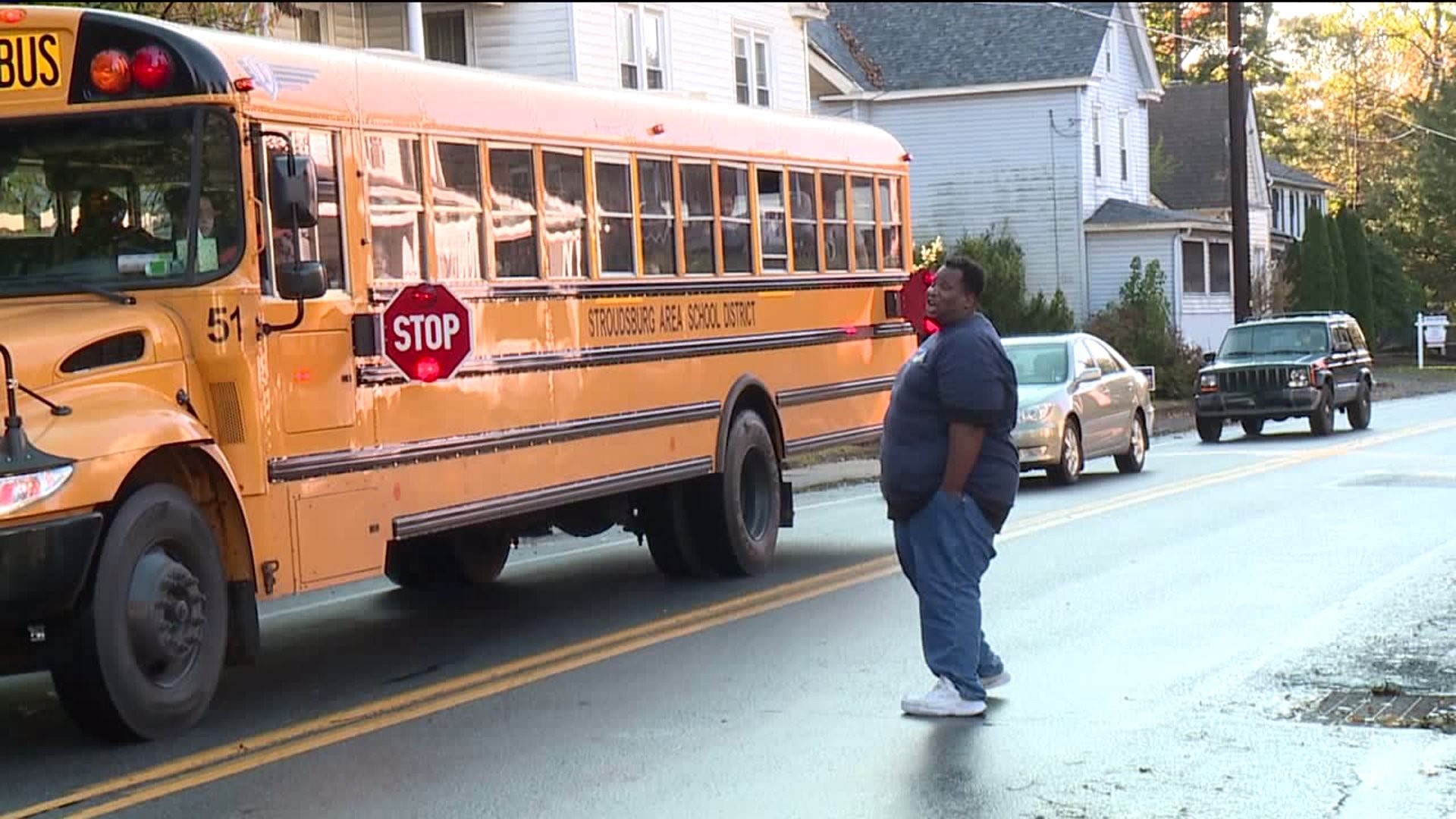 STROUDSBURG, Pa. -- Local and state police were out in full force Wednesday morning, keeping an eye on school bus stops. The patrols are part of Operation Safe Stop.

The goal behind Operation Safe Stop is to make sure drivers understand the dangers of passing stopped school buses.

Stroud Area Regional Police were out patrolling, and parents at the bus stop appreciated seeing the extra help.

The school bus stop at North 5th Street and Fulmer Avenue in Stroudsburg was packed with students waiting to get a ride to school.

It's all part of Operation Safe Stop. It's part of a national effort to remind drivers that it's not always legal to pass a school bus that's stopped.

State and local police were out in full force watching over bus stops.

"My patrol was good. There wasn't anything detrimental to the safety of the public. People saw us out there, people did slow down, and people did adhere to the enforcement," said Patrolman Jerome Taylor, Stroud Area Regional Police.

If you get caught passing a bus with its lights on, the penalty is no joke. Drivers can face a $250 fine and could lose their license for 60 days.

George Velez from Stroudsburg always waits at the bus stop with his son. He and other parents sometimes stand in the middle of the road to make sure traffic stops.

"How many times do you see people just rush through the bus stops, just even stop signs by itself? So it's good that they're really, you know, watching, making sure that that the cars are really paying attention for the kids," Velez said.

Stroud Area Regional Police has been taking part in Operation Safe Stop for more than 20 years.