HAMILTON TOWNSHIP, Pa. — A woman is dead following a three-car collision on a busy road near Stroudsburg in Monroe County. State police say a car was turn... 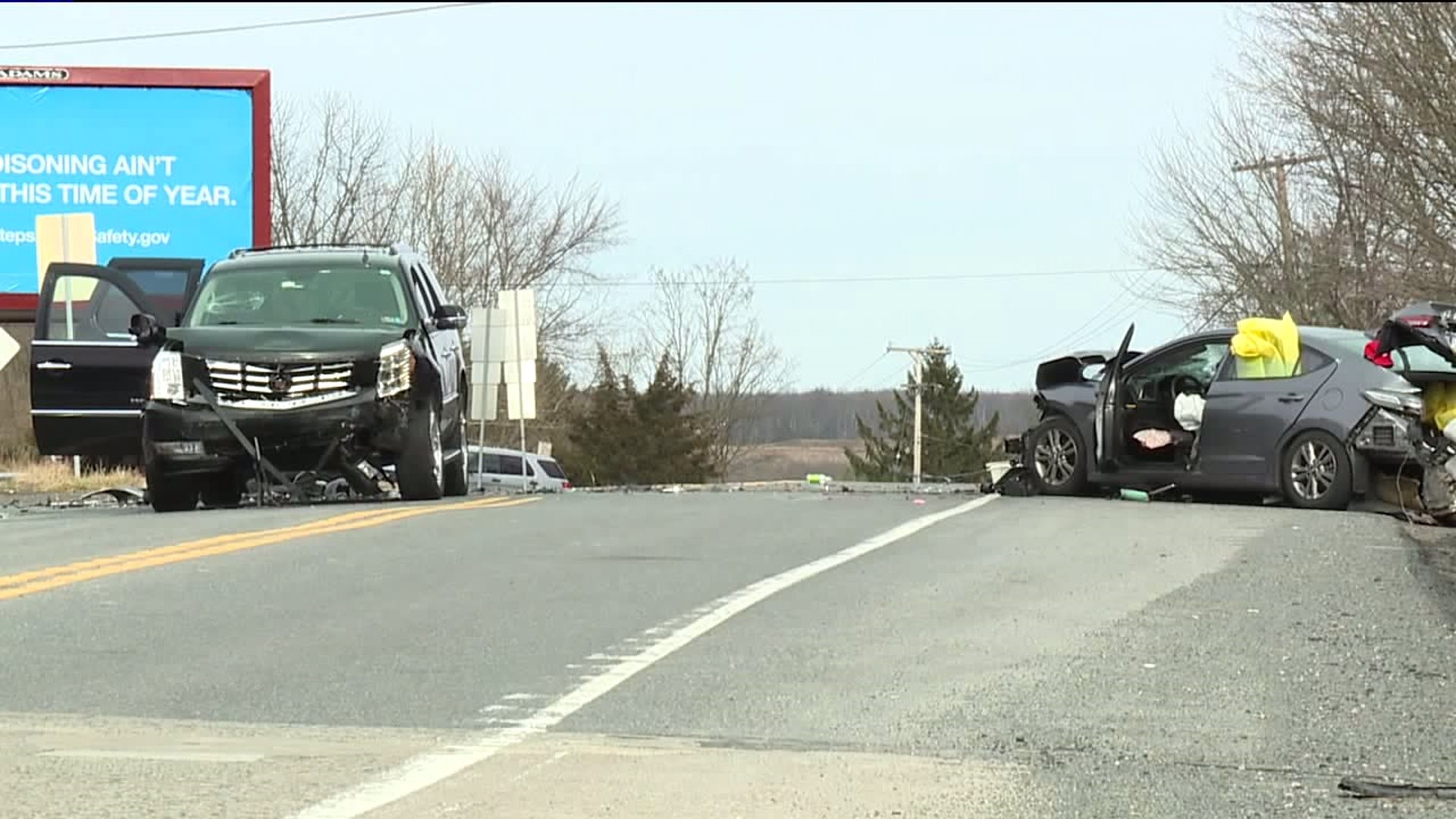 HAMILTON TOWNSHIP, Pa. -- A woman is dead following a three-car collision on a busy road near Stroudsburg in Monroe County.

State police say a car was turning off Route 209 and onto Route 33 when it was hit from behind just after 2 p.m. Sunday, causing a chain-reaction crash.

State police say Star Rousie-Levitt, 21, was headed north on Route 209 and had slowed to turn onto Route 33. That's when the car driven by William Deremer, 43, hit her car from behind, forcing Rousie-Levitt's car to cross the center line and hit a third vehicle.

“I just heard boom, boom, boom. My granddaughter and I were in the kitchen, and we ran out and saw the vehicles and then just came out and called 911,” said McDonald.

McDonald says she heard helicopters coming to airlift those involved in the crash to the hospital.

State police have not released conditions of the others, but a GoFundMe page was set up for Rousie-Levitt.

State police have not said what caused Deremer to hit that other car, but people in the area say Route 209 is a busy road and people tend to speed.

“I think it's people going too fast,” said McDonald. “Even when I leave my own driveway, I have to be careful how many cars are coming up over that little crest. It's a small crest, but it’s enough that you don't see the traffic right away.”

“It is very busy,” said Courtney Harris from Hamilton Township. “I think what makes a lot of traffic is the lights further down. That causes a lot of traffic, and people just need to slow down a little bit, you know?”

“I just think, today with cell phones and all the other distractions on the road, it's very, very difficult to keep your eyes on something. and accidents can happen like that,” said Kathy Perrine from Brodheadsville.

The cause of the crash remains under investigation.