One Woman Dead after Fire at Elderly Apartments in East Stroudsburg

EAST STROUDSBURG, Pa. — One person is dead after a fire started in a room Thursday at an elderly apartment building in Monroe County. 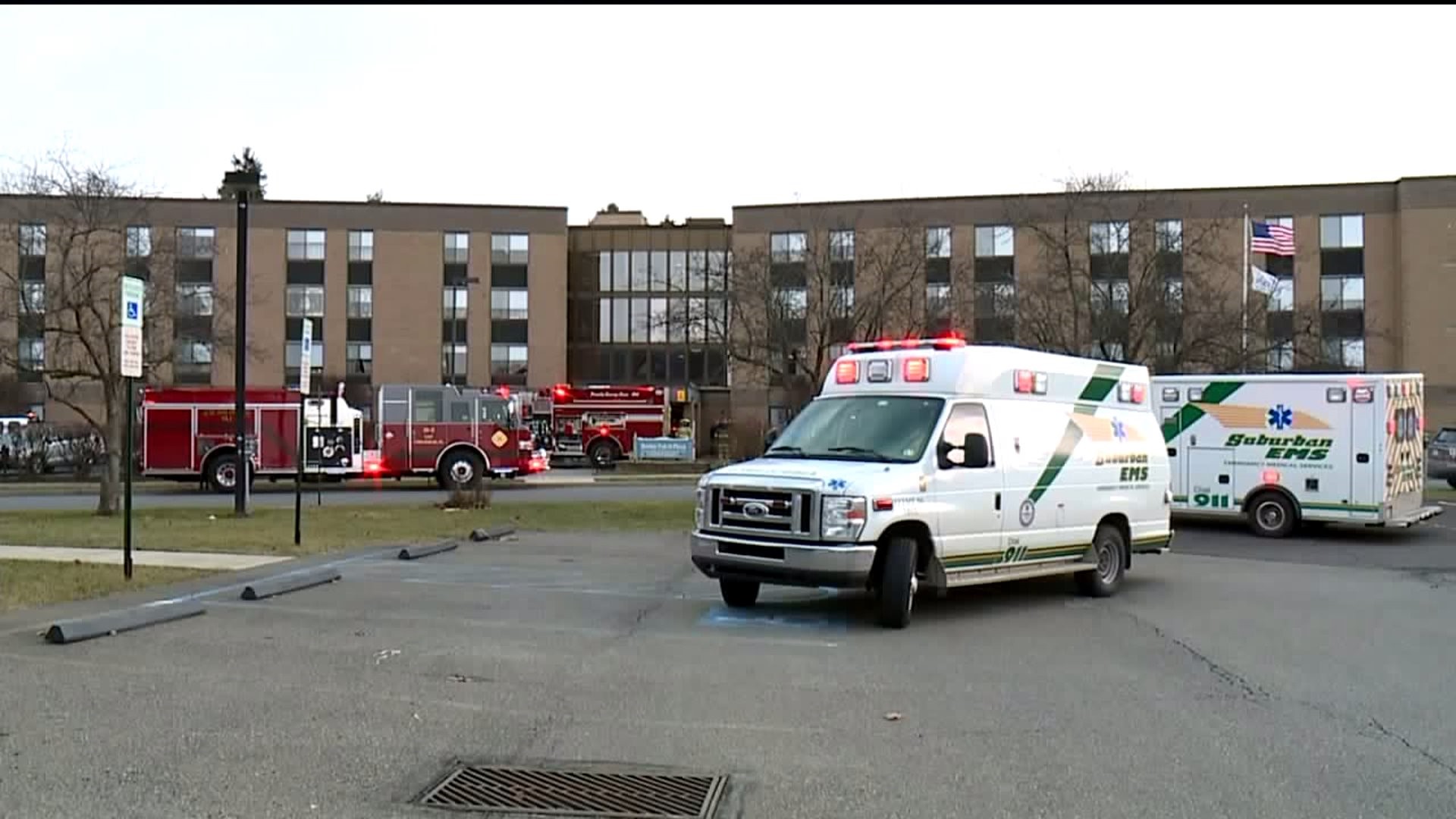 Monroe County Coroner confirms one woman was found dead inside an apartment at Shirley Futch Plaza. The fire started in the bedroom of a first floor apartment. An autopsy is scheduled for tomorrow. @WNEP pic.twitter.com/mVLHMf54wu

EAST STROUDSBURG, Pa. -- One woman is dead after a fire started in a room Thursday at an elderly apartment building in Monroe County.

The fire started before 9 a.m. in the bedroom of a first-floor apartment at Shirley Futch Plaza in East Stroudsburg.

One woman was found dead, according to the Monroe County coroner.

A state police fire marshal says while the investigation is ongoing, it looks as though the fire was an accident, though what sparked it still a mystery.

The East Stroudsburg fire chief says the flames were put out by two maintenance workers with fire extinguishers.

"The staff here was very good. They have an automatic alarm and the alarm company was dispatched through the control center. One of the employees also heard the fire alarm and called it in," said East Stroudsburg Fire Chief Dale Fetterly.

The fire didn't spread past the victim's bedroom, but smoke filled the hallway of the first floor. Residents didn't have to leave but they were moved to the other side of the building.

"All the tenants did a fantastic job following the fire drill. We normally have fire drills here twice a year, so they did very good," said the chief.

The victim's name and age have not been released.

Ginger Harrison is a home health nurse and was inside when the alarms started going off.

"Kind of scares you because you don't know where the fire was at or what happened to someone you know? It's scary," Harrison said.

Those who knew the victim say her death is sad.

"It's just sad," said Harrison. "It's just sad that you have to pass away like that by yourself, or anyone. I always think someone should have someone when they pass away but that doesn't always happen."

The Monroe County coroner says an autopsy on the woman will take place Friday.

The facility provides housing for seniors and people with handicaps, according to its website.