POCONO TOWNSHIP, Pa. — Paradise Township supervisors are working with state police to see if there was any way to prevent Tuesday’s shooting at the ... 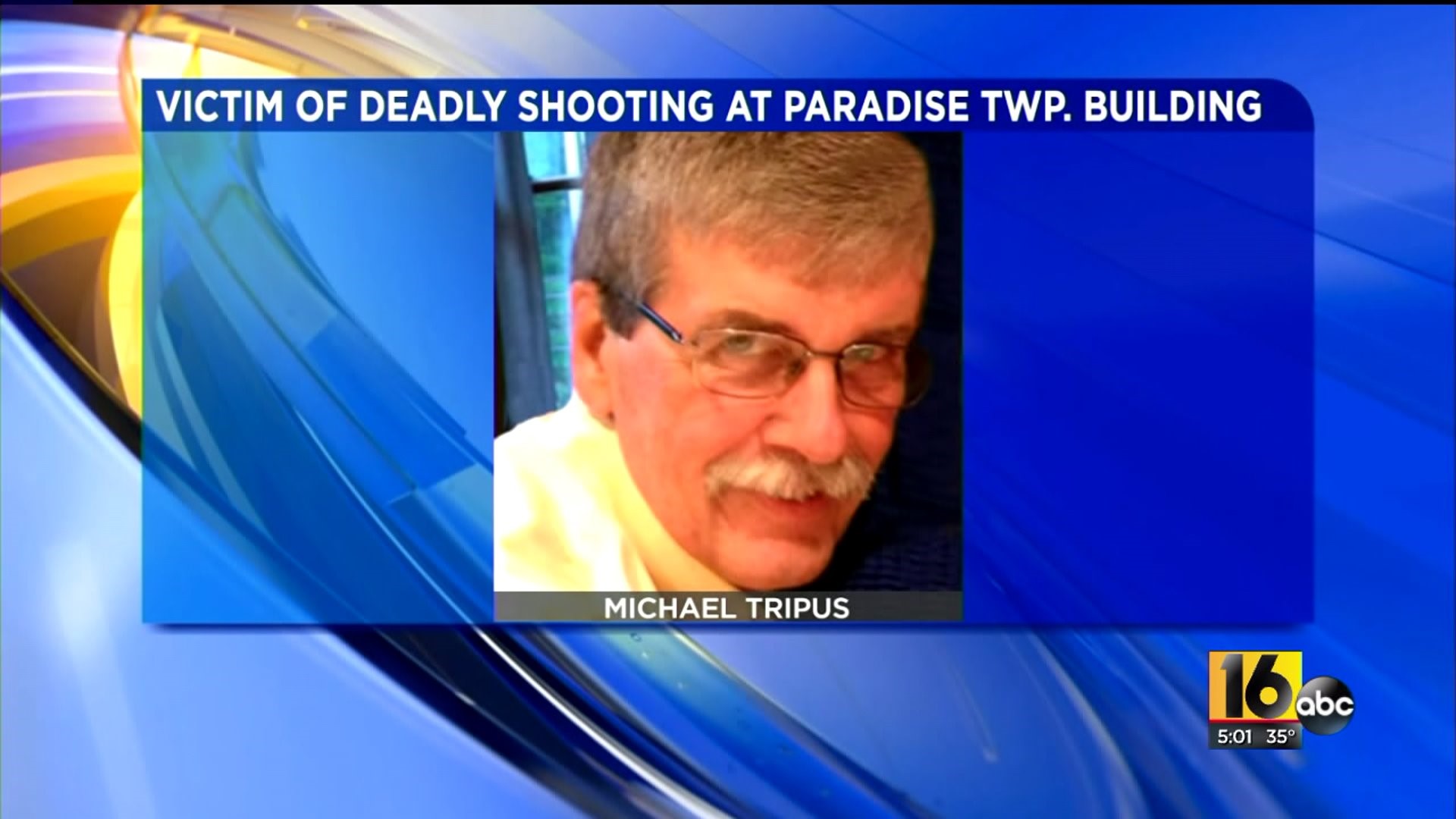 POCONO TOWNSHIP, Pa. -- Paradise Township supervisors are working with state police to see if there was any way to prevent Tuesday's shooting at the municipal building in Monroe County.

Michael Tripus, the sewage enforcement and building code officer for the township, was shot and killed in his office.

Tripus, 65, from Stroudsburg, balanced his work time between Paradise Township and Pocono Township.

David Green of Swiftwater admitted to the shooting Tuesday after his arrest.

Gary Konrath has been on the Paradise Township board of supervisors for more than five years. For a few of those years, he worked alongside Tripus.

Green is accused of opening fire inside the township municipal building near Mount Pocono. Tripus was shot and died inside his office.

"To a point, we are all in shock. It really is, it's a terrible situation," Konrath said.

Troopers say David Green of Swiftwater wanted to talk to Tripus because he was having problems with mold at his home on Sugarbush Road.

According to court papers, Green told police he knew Tripus had nothing to do with the mold problems he was having, but Green still shot Tripus anyway.

The Paradise Township Municipal Building will remain closed for the rest of the week as supervisors continue to work with state police.

"We've all been thinking about this, obviously, nonstop, and to be honest, I am going to wait until the state police report comes in and sit down with them and discuss what we could have done or if there was something we could have done," Konrath said.

Supervisors say while this time is very difficult, they need to keep business moving, so while the municipal building is closed, Monday night's meeting will be held at the Barrett Paradise Friendly Library.

Supervisors are asking residents to be patient as they figure out what to do moving forward.

"It's going to take a little time. It really is," Konrath said. "We all expect, in this day and age, the answer should come in a matter of seconds, but in this case, there are a lot of pieces that need to be put together."

"Utter shock," said Pocono Township employee Christine Brodsky. "I am waiting for him to come in. I am expecting the noise he'd make as he used to clap and try to scare me. Oh, and he would be successful."

Flags at the Pocono Township facility have been lowered to half-staff in his memory.

"It's just so unfair, senseless act. We need to be united, not separated. No more hate. It's just too heart-wrenching," Brodsky said.

Tripus and his wife Pam worked together at the Pocono Township building. Employees there say it's been difficult.

Workers say Tripus split his work time between Paradise Township and Pocono Township municipal buildings. They say he was kind and a person who liked to help others.

Michael's wife Pam took to Facebook after the shooting to say she "lost the love of her life" and was thankful for all the support.

"Theirs was truly a love story, and she should write a book. She should. They didn't have enough time together," Brodsky said.