New Vaping Ban Not Bad For Some Businesses

TANNERSVILLE, Pa. — The Trump administration announced Thursday that fruity and mint-flavored e-liquids and cartridges would no longer be sold in the US a... 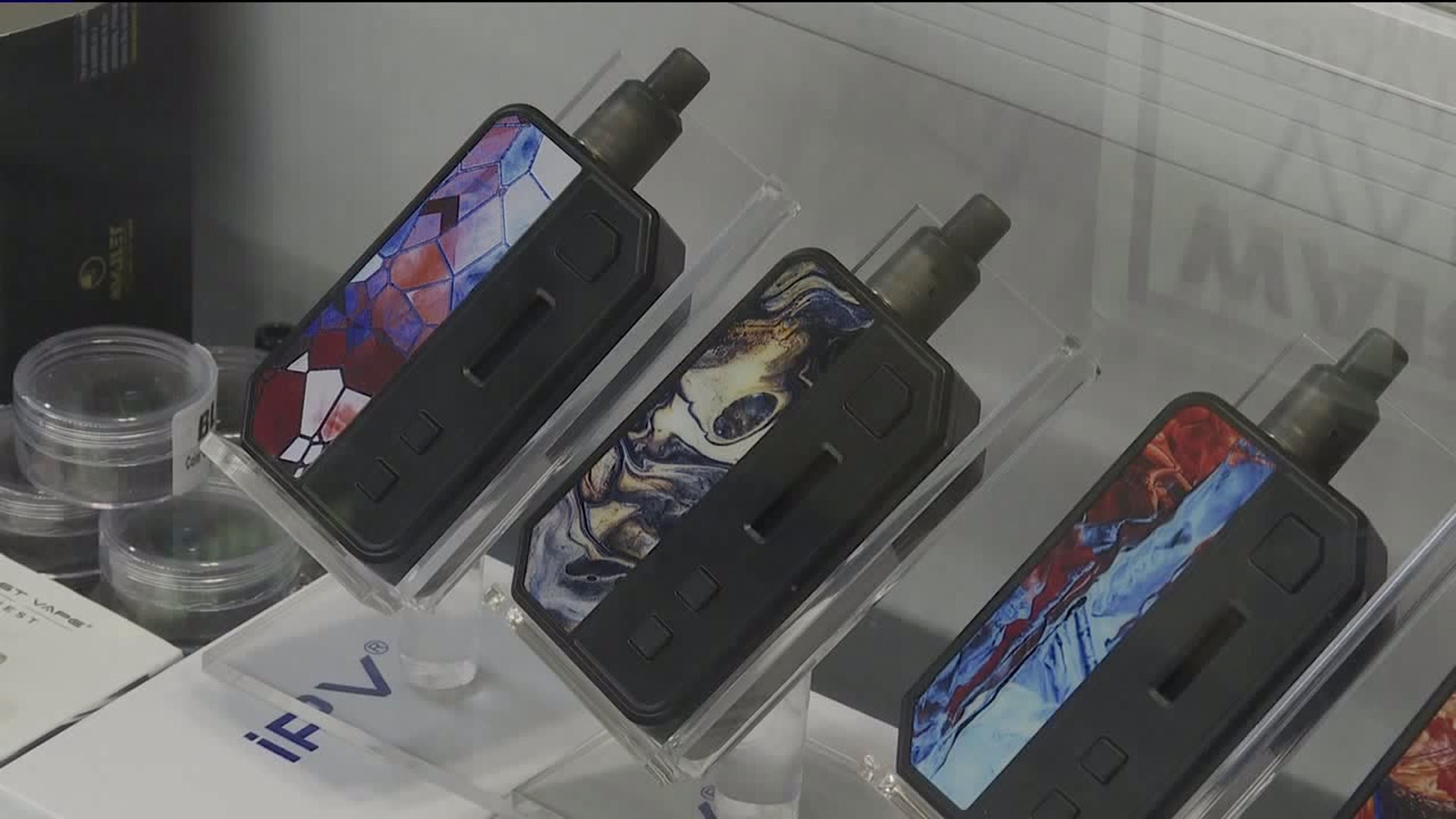 TANNERSVILLE, Pa. -- The Trump administration announced Thursday that fruity and mint-flavored e-liquids and cartridges would no longer be sold in the US after February.

Some people might think that those who work at stores such as Mountain Vaporz would be disappointed but that's not necessarily the case, according to manager James Wyckoff.

"Most of these kids never smoked cigarettes in the first place,"  Wyckoff said. "They're ending up with an entirely worse habit than what the average smoker had."

Wyckoff was on the other side of the counter just a few years ago but now, as a manager at the store, he takes his job and education about e-cigarettes and vapes seriously.

"Instead of people using these to quit smoking, we have a lot of kids that 'ok, well instead of cigarettes, I can get away with using this because it's a lot easier to conceal, I can go to the bathroom, get a few rips on it,'" Wyckoff explained.

Beginning in February, the ban will get rid of sweet flavors that appeal to young users. Officials believe the sweetness often disguises how much nicotine is in the e-liquid.

Many shops like Mountain Vapez make their own e-liquids so their customers know exactly what they are putting into their bodies.

"A lot of people look at these prefilled devices as more convenient because it's less maintenance that they're responsible for, and the trade-off on that is, they're trading their health for convenience," the manager said.

And while many young users may be disappointed by this new law, Wyckoff says as someone in the vape business, this is a good move.

"Overly sweet juices, yea they might taste great, but you just don't know what's in the liquid," he said. "We've been telling people for years, even before these pods came along know what you're vaping, know the ingredients, you know we're in the business of getting you off of something that's going to kill you. We're not trying to have you trade one poison for another."
