MIDDLE SMITHFIELD TOWNSHIP, Pa. — For people who drive on Route 209 in Middle Smithfield Township near Marshalls Creek, traffic backups are always a probl... 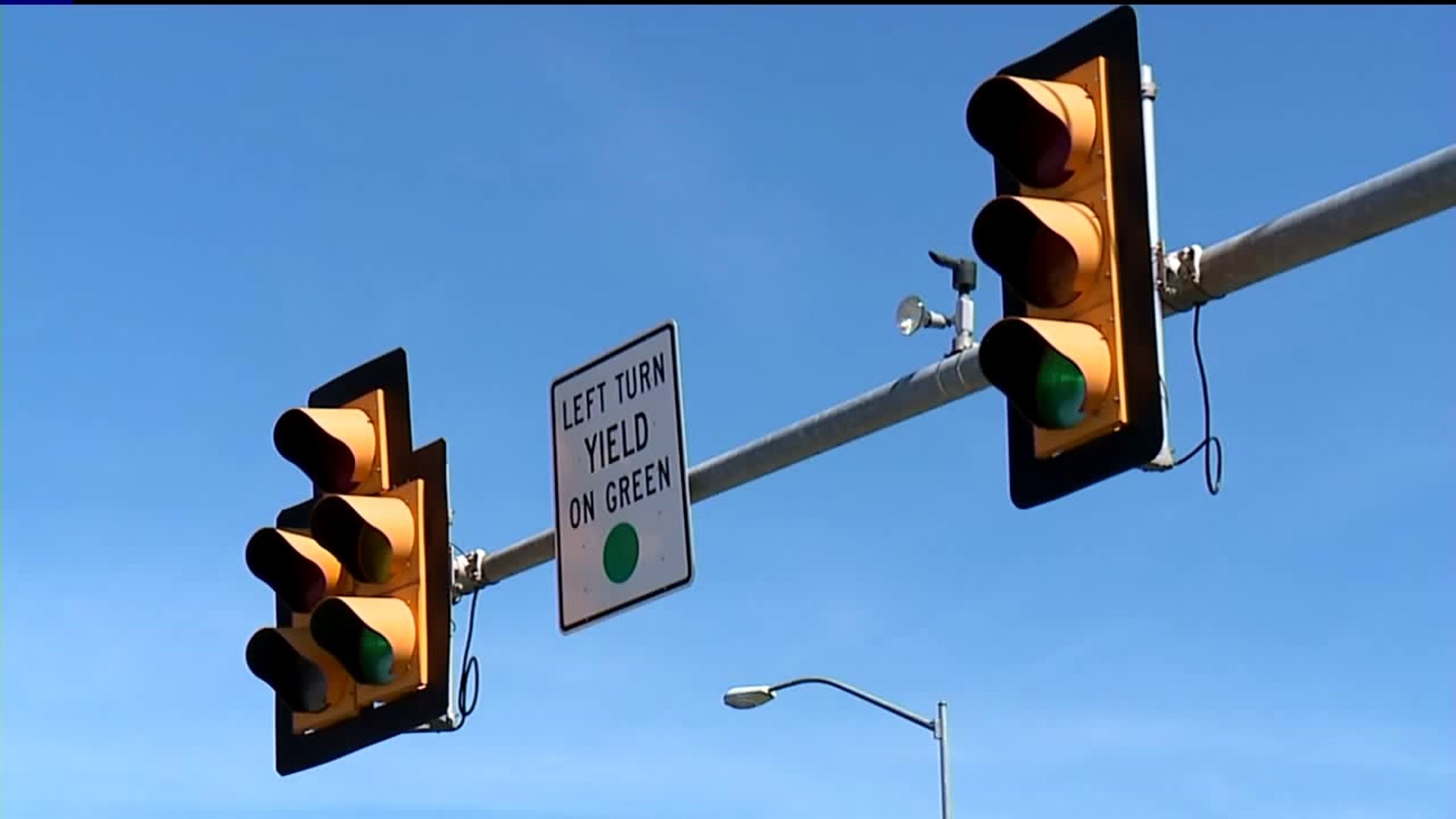 MIDDLE SMITHFIELD TOWNSHIP, Pa. -- For people who drive on Route 209 in Middle Smithfield Township near Marshalls Creek, traffic backups are always a problem.

Kat Morningstar lives in the township and says she avoids the area for that reason.

"It gets backed up, and I try to find a back road to get away from it, the traffic. I am from Wyoming, and I don't like traffic," said Morningstar.

The hope is to fix this problem with a new high-tech traffic light system. It's all part of PennDOT's "Green Light-Go" program.

Smithfield Township received more than $500,000 to install the adaptive system at 10 intersections along Route 209 both in Smithfield and Middle Smithfield townships.

Instead of being on a timer, the lights are designed to learn traffic patterns in specific areas.  Then adapt to keep traffic moving.

"I think it's an excellent idea. Many of times there is a lot of traffic backing up here, so it would help a lot," said Paul Gonsalves, Bushkill.

Business owners on Route 209 are also very excited about this new technology because they say when the road backs up, no one pulls in.

"Once the people get backed up, they don't want to get out from the car or grab a drink. They say, 'Let's go. Let's go home.' It's not good for business or the people who commute," said Mirazan Newpane, Miggy's Deli.

The system upgrades won't be in place for at least another year.

The owner of Miggy's Deli in Smithfield Township says he's curious to see if it will help.

"Let's just see. Anything that comes in new is always interesting to see, so let's see," said Newpane.

Both Stroud Township and Pocono Township also received money through the state to install the same adaptive traffic signal system.