HAMILTON TOWNSHIP — A new Pennsylvania State Police door is now open to the public in the Poconos. The state police barracks near Stroudsburg will be home... 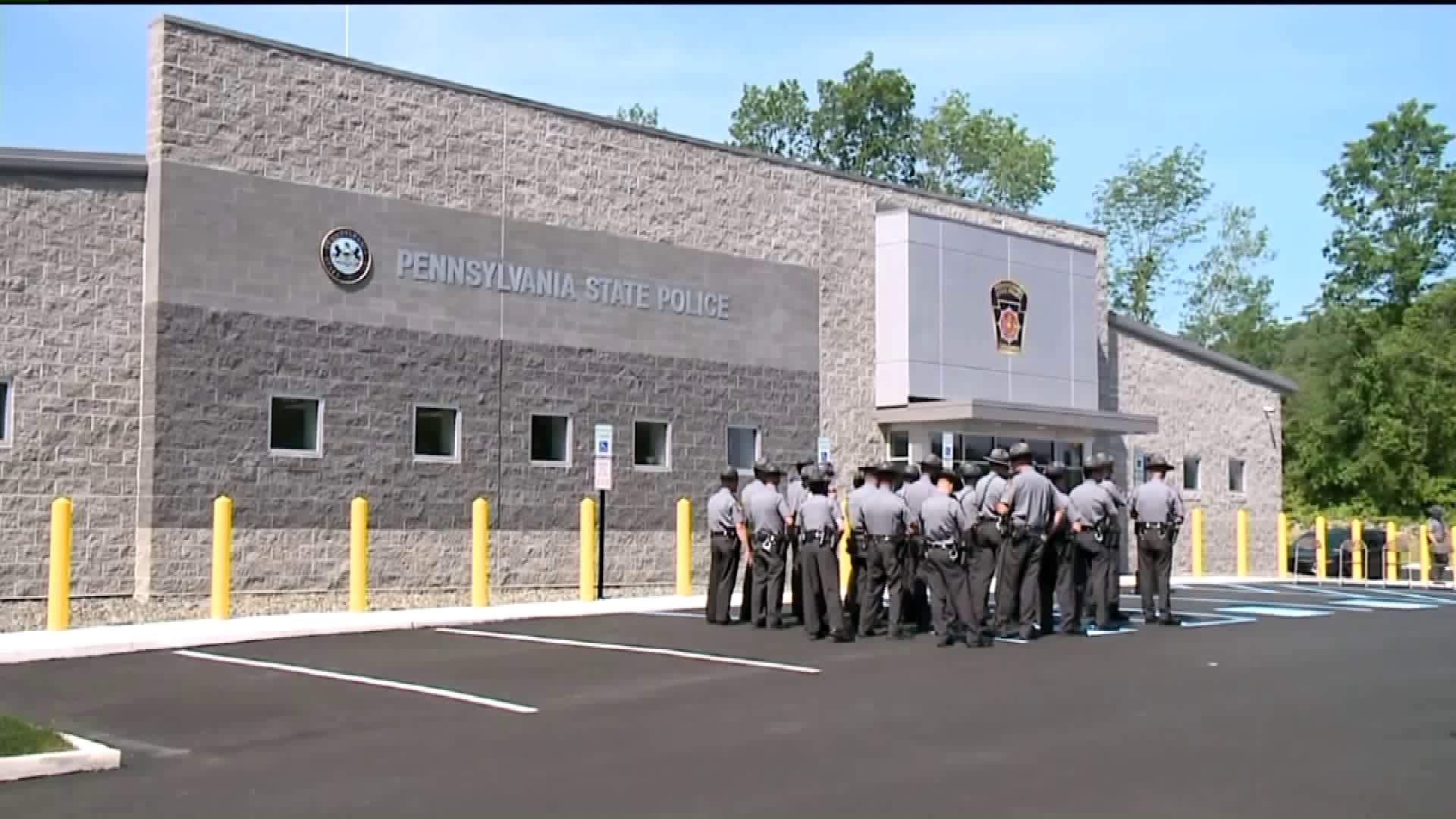 HAMILTON TOWNSHIP -- A new Pennsylvania State Police door is now open to the public in the Poconos.

The state police barracks near Stroudsburg will be home to more than 80 state troopers.

More than 100 people showed up to the dedication ceremony Tuesday in Hamilton Township.

The former barracks on Route 611 near Swiftwater closed last week.

A price tag on the facility is not yet available, but the new barracks has more space and more technology.

"It's a state of the art facility. It's top notch. Everything inside this facility will help our troopers effective and proficiently do their job," said Trooper Petroski, Pennsylvania State Police Public Information Officer.

The barracks in Pocono Township was only built for about 40 troopers, and with more than 80 on board right now, it was just too small and an upgrade was needed.

"This is a large area in Monroe County that PSP Stroudsburg covers and it was time they got a facility they deserve," said Trooper Petroski.

Retired State Trooper Thomas Jones once worked in the barracks at Swiftwater in the 1970s. He says with more troopers being placed in the Poconos, it was time for a new facility.

"I think it's great. Like the colonel said earlier, this is the first time the station is actually in the designated area they patrol, and it's a pretty busy station," said Jones.

Also at the barracks is a memorial to Trooper Joshua Miller who was killed in the line of duty back in 2009.