Nearly $80K Worth of Electronics Stolen from Best Buy

STROUD TOWNSHIP, Pa. — Thousands of dollars in merchandise was stolen from a Best Buy in the Poconos. Police put out information about the theft Wednesday... 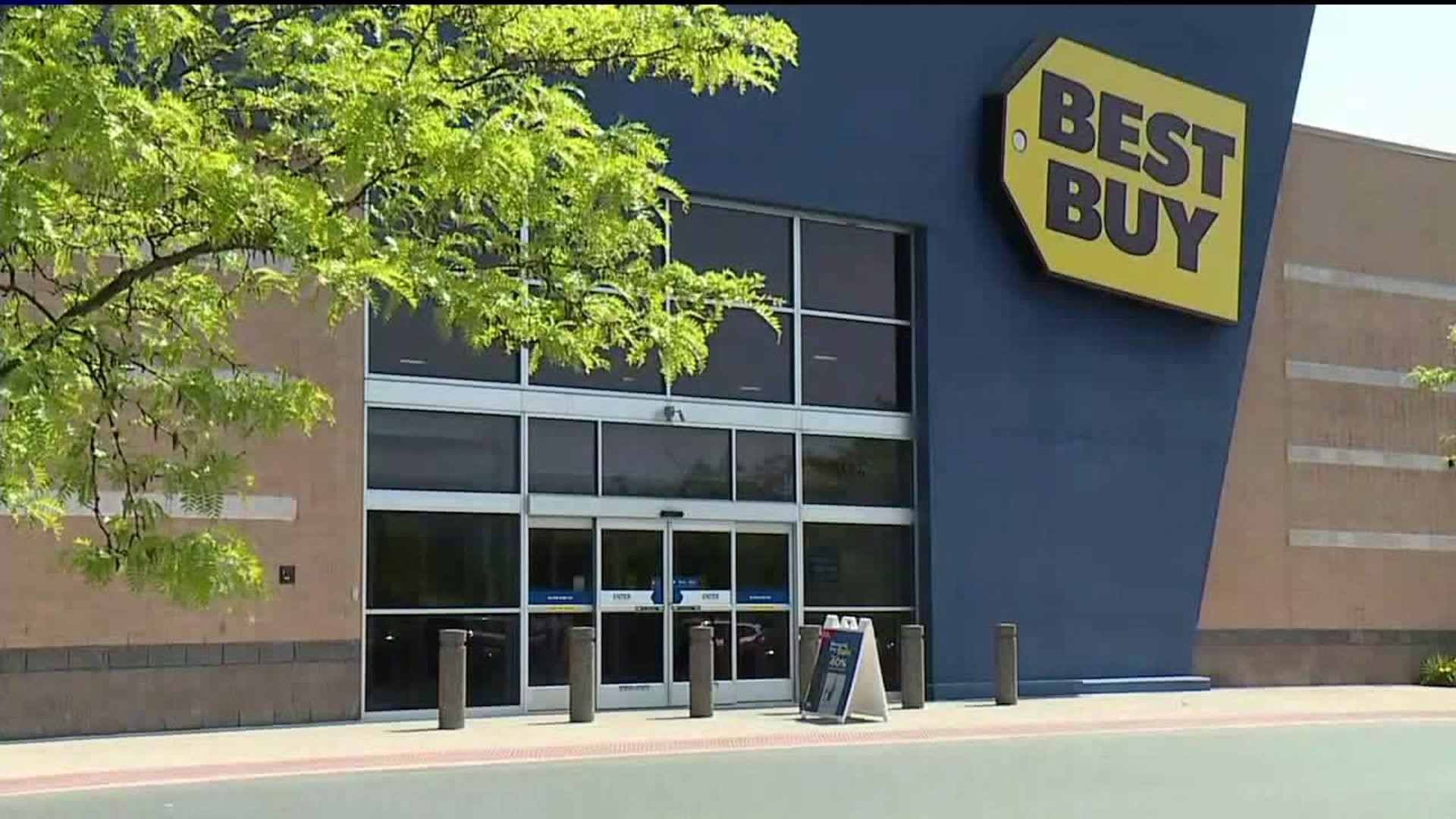 STROUD TOWNSHIP, Pa. -- Thousands of dollars in merchandise was stolen from a Best Buy in the Poconos. Police put out information about the theft Wednesday as they try to figure out who pulled it off.

Thomas Healy from Kresgeville came to Best Buy near Stroudsburg to pick up some walkie-talkies. He wasn't all that shocked to hear that the store had been knocked off thousands of dollars just last month.

"I can believe that here now. Not for nothing, but the Poconos is a very diverse area now. We have people from everywhere, and hey, a criminal mind is a criminal mind," said Healy.

According to Stroud Area Regional Police, the heist happened on April 8 at 1 a.m.

Someone made off with $78,000 worth of electronics.

Police did not say exactly what kind of items were taken.

"Typically, large thefts of a large amount of money in these kinds of cases become very difficult investigations because there is a lot to investigate as far as finding out who, why, what, when, where and how everything was done. It is an active investigation and we are following up on everything that we have on this case," said Chief Jennifer Lyon, Stroud Area Regional Police.

According to police, whoever stole the electronic items broke in through the back of the store. Some shoppers we spoke to say they are just curious to know how someone got away with all of that merchandise.

"I mean, what did they walk away with. I mean, that is a lot of stuff even for Best Buy," said Megan Staich, Mount Pocono.

Megan Staich from Mount Pocono says she is new to the area and was surprised to hear about the theft.

"We've only been up here seven months. We come from the Philadelphia suburbs where it's kind of more common. It's sad to hear it happen here but it's a touristy area," said Staich.

Newswatch 16 reached out to Best Buy for comment, however, we did not get a response.