POCONO MOUNTAINS — The Poconos are getting some national recognition from a very prominent organization. National Geographic has decided to create a map o... 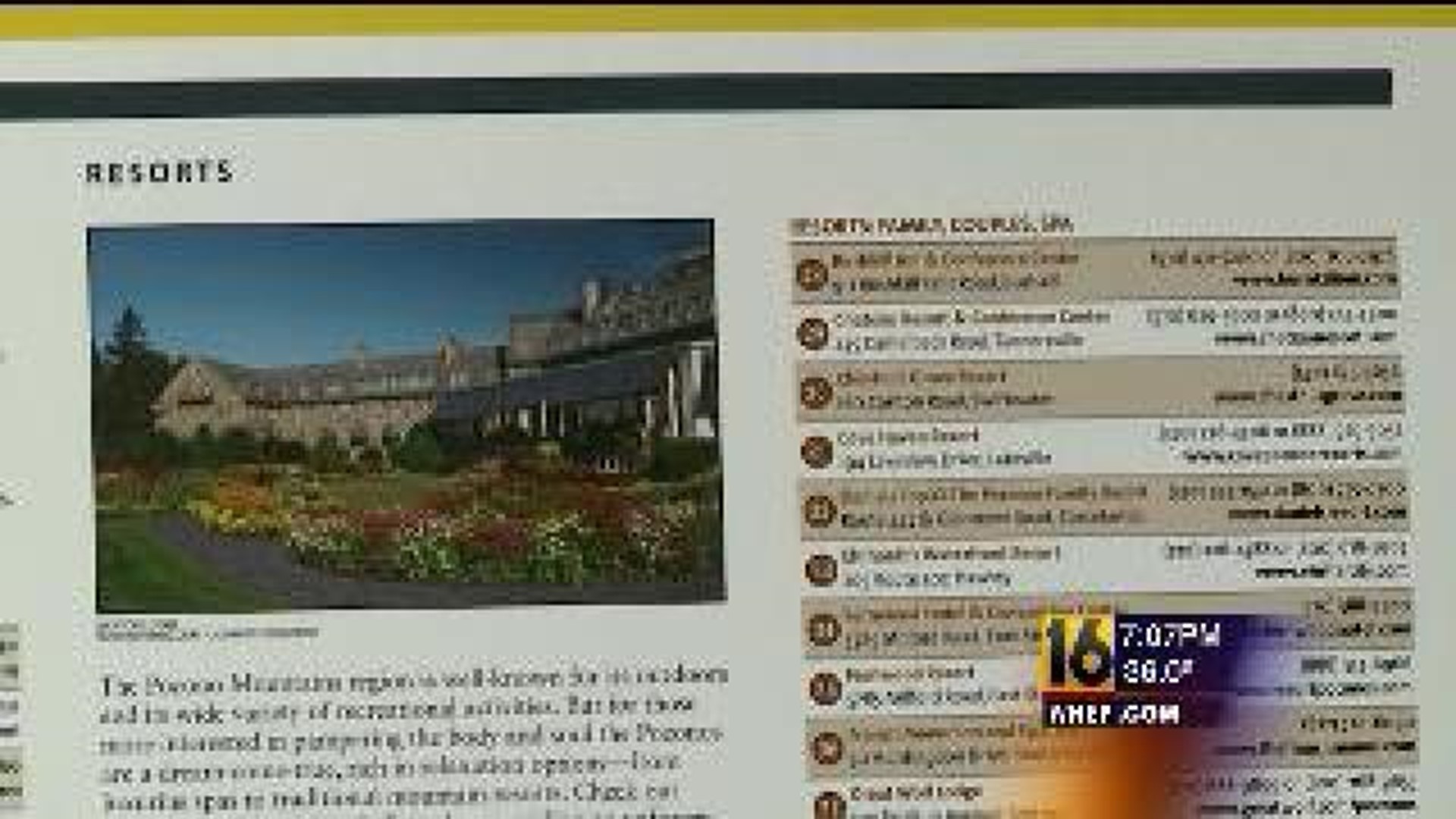 POCONO MOUNTAINS -- The Poconos are getting some national recognition from a very prominent organization.

National Geographic has decided to create a map of the Poconos, especially for tourists.  It's one of just 11 such maps in the entire United States.

At first glance, a large map displayed at Skytop Lodge in Canadensis looks like any old map out there.

But if you stop and look closer, you might see some familiar Pocono landmarks, like the Pocono Raceway and Jim Thorpe.

Then in the far corner, a familiar logo might catch your eye, the logo for National Geographic.

"We decided to zoom in to the Poconos this time around and just show our readers exactly what wonderful things one can find in this region," said Juan Valdes.

Valdes is an editor and researcher for maps at National Geographic. He came out to one of the many Pocono landmarks on the map, Skytop Lodge, to announce his company designed a map of the mountains after researching through a long list of destinations throughout the world.

"We decided in our destination series, let's do something that's close to New York, close to Philadelphia relatively close to Washington. The first thing that came up is the Poconos. It's around the corner. Lets go!" said Valdes.

"The phone rang and we picked it up," said Carl Wilgus, the CEO and President of the Pocono Mountains Visitors Bureau.

That was how the Pocono Mountains Visitors Bureau found out about being the next destination endorsed by National Geographic.

"In my mind it's an indication that as a destination we've come of age. People understand what the Pocono Mountains are, who we are, and what we're all about. At least people at National Geographic do," said Wilgus.

The map of the Pocono Mountains is the eleventh map to be printed of must see National Geographic destinations.

Copies of the map just started getting printed in March, and should be on store shelves and available online by the end of April.