TUNKHANNOCK TOWNSHIP — It is race weekend once again in the Poconos and NASCAR fans have already set up camp in the infield for the Overton’s 400 th... 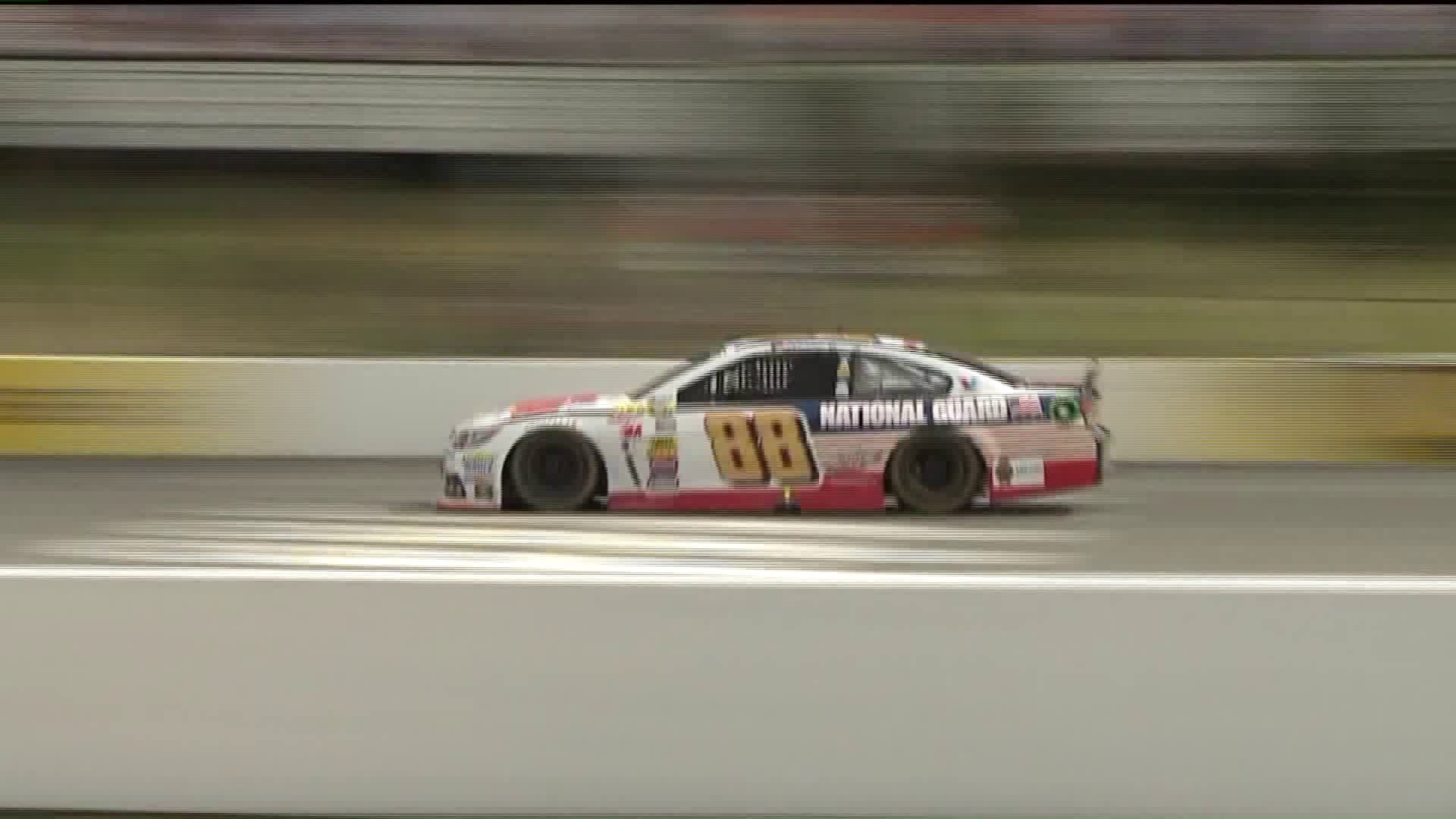 TUNKHANNOCK TOWNSHIP -- It is race weekend once again in the Poconos and NASCAR fans have already set up camp in the infield for the Overton's 400 this Sunday.

But for some fans, this race will be bittersweet as it will be fan-favorite Dale Earnhardt Jr.’s last race at Pocono Raceway.

The infield at Pocono Raceway was filling up fast as campers piled in for the big NASCAR Overton's 400 race this Sunday.

“They're making more family oriented, they have the infield block party where they're allowing just the general public to come in and enjoy the festivities, fireworks and the bands and everything,” said Curtis Evans of Noxen.

For some fans this race is bittersweet.

NASCAR legend Dale Earnhardt, Jr., known to many in the racing industry simply as “Junior”, announced earlier this year that he is retiring at the end of this season.

So, Sunday's race will be his last at Pocono.

“Very sad, we already saw some shirts, say good-bye, last race, something so,” said another fan.

Earnhardt earned his first win at the Tricky Triangle in Pocono 400 in 2014.

Many fans hope that when Dale takes his final lap this weekend, it will be a victory lap.

“Hopefully the same as our sweep a couple years back in '14 and he`s got the car, he`s got the team,” said Harold Davis from Honesdale.

But fans say they understand why he's stepping down.

“He needs to get out of it, you know, too many concussions or whatever, he knows when it's time he's smart even to know that,” said John Becker from Nescopeck.

And when number 88 crosses the finish line, fans will be there to say:

While this is Earnhardt's final race at Pocono, he has several more races through the fall.

His final race will be in November in Florida.