NASCAR drops one of two races at Pocono Raceway in 2022

Pocono Raceway, the home of two NASCAR races every year for the last forty years, acknowledged Wednesday it is losing one of those races. 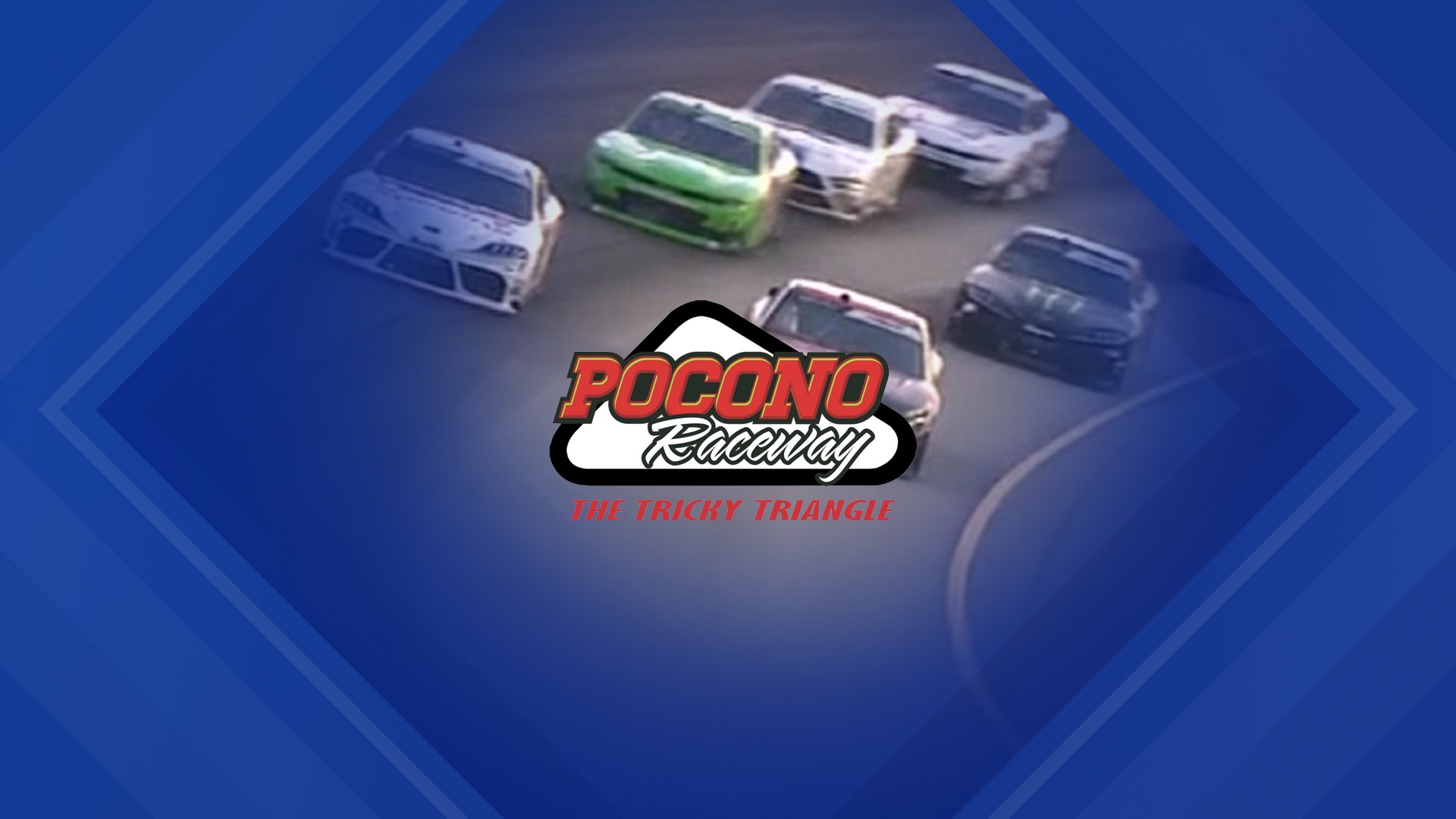 LONG POND, Pa. — After a successful, first in-person doubleheader NASCAR race at Pocono Raceway back in June, the track near Long Pond announced a change: NASCAR has decided to drop one of the two races at the Tricky Triangle for the 2022 season.

Racers and crews usually stay at the Best Western in Blakeslee. Managers were already aware of the decision.

"Understandably, they want to hit a number of different venues. I have lived here since I was a kid, and NASCAR has always been a big part of the town, so I mean it would be great to have them back for a second race if they decide to re-evaluate that in the future. I mean, we have a lot going on in this area, so I am sure we will be OK," said Jason Silverstein, Best Western Blakeslee Pocono.

Pocono Raceway only hosted one NASCAR event each year up until 1981. That's when a second race was added.

Just recently, over the last two years, doubleheaders have been held at Pocono Raceway.

While officials are upset NASCAR has decided to only allow one race next year, they do promise fans will have the same great experience.

NASCAR didn't explain why it dropped a race from Pocono, but it appears the organization instead added the World Wide Technology Raceway to St. Louis next June.

The doubleheader this summer brought lots of much-needed business to business owners here in this part of Monroe County.

At Chat N Chew Cafe in Tobyhanna Township, owners were upset with the news.

"We didn't anticipate them to take a race away. I don't think anyone expected that. It's going to hurt a little bit," said Mike Dovidio, Chat N Chew Cafe.

If you're a ticket holder hoping to renew or if you normally camp, Pocono Raceway has everything you need to know online.

Although we are disappointed NASCAR has chosen to eliminate one of the two NASCAR Cup Series races at Pocono Raceway, we will continue to persevere and provide the best family-friendly experience and value to our guests.

Bringing the first-ever NASCAR Cup Series Doubleheader with fans to life was a privilege. The Doubleheader concept was well-received by our race fans, partners, and guests. It yielded a sold-out infield, sold-out suite level and strong attendance.

This change does not affect our resolve, our legacy and how we will approach promoting NASCAR races and hosting our guests.  We have thrilled millions of spectators and thousands of the world’s greatest racecar drivers over the past 47 years and, alongside NASCAR, we will host millions more.

“The Mattioli family has been instrumental to the success of our sport for decades, particularly in Pennsylvania and the greater northeast, and we cannot thank them enough for their partnership. We look forward to continuing the tradition of NASCAR racing at the Tricky Triangle for years to come,” said Ben Kennedy, NASCAR Senior Vice President, Strategy & Innovation.

Our rich traditions of inclusivity will remain and continue. Through opening the first-ever family lounge in 1978 so everyone could be treated like family, Dr. Rose Mattioli led the way in expanding the garage beyond competitors and made the track experience more inclusive.  Forty years later, her grandchildren picked up and carried the torch with dedicated Sensory and Lactation Rooms, as well as an Inclusive Playground built to support the local community and infield race weekend guests.  At our core, this is who we are – a strong family business who cares.

Pocono Raceway also has a long-standing history of innovating and putting our fans’ interest first.  We remain passionate about our Armed Forces, a tradition which began with the first-ever Military Affairs office.  We launched and will continue our Kids Free ticket program, built a 25-acre 3MW Solar Farm, achieved 75% waste diversion, assisted in combating the opioid crisis, launched mobile ticketing in racing, watched Janet Guthrie compete in 1976 and saw Richard Petty win the inaugural NASCAR race in 1974.  We believe in the future of NASCAR and will continue to innovate alongside them.

We remain driven and determined to deliver our fans and partners the exciting experiences and lifelong memories they deserve, while continuing to uphold the legacy created by our founders, Doc & Rose.