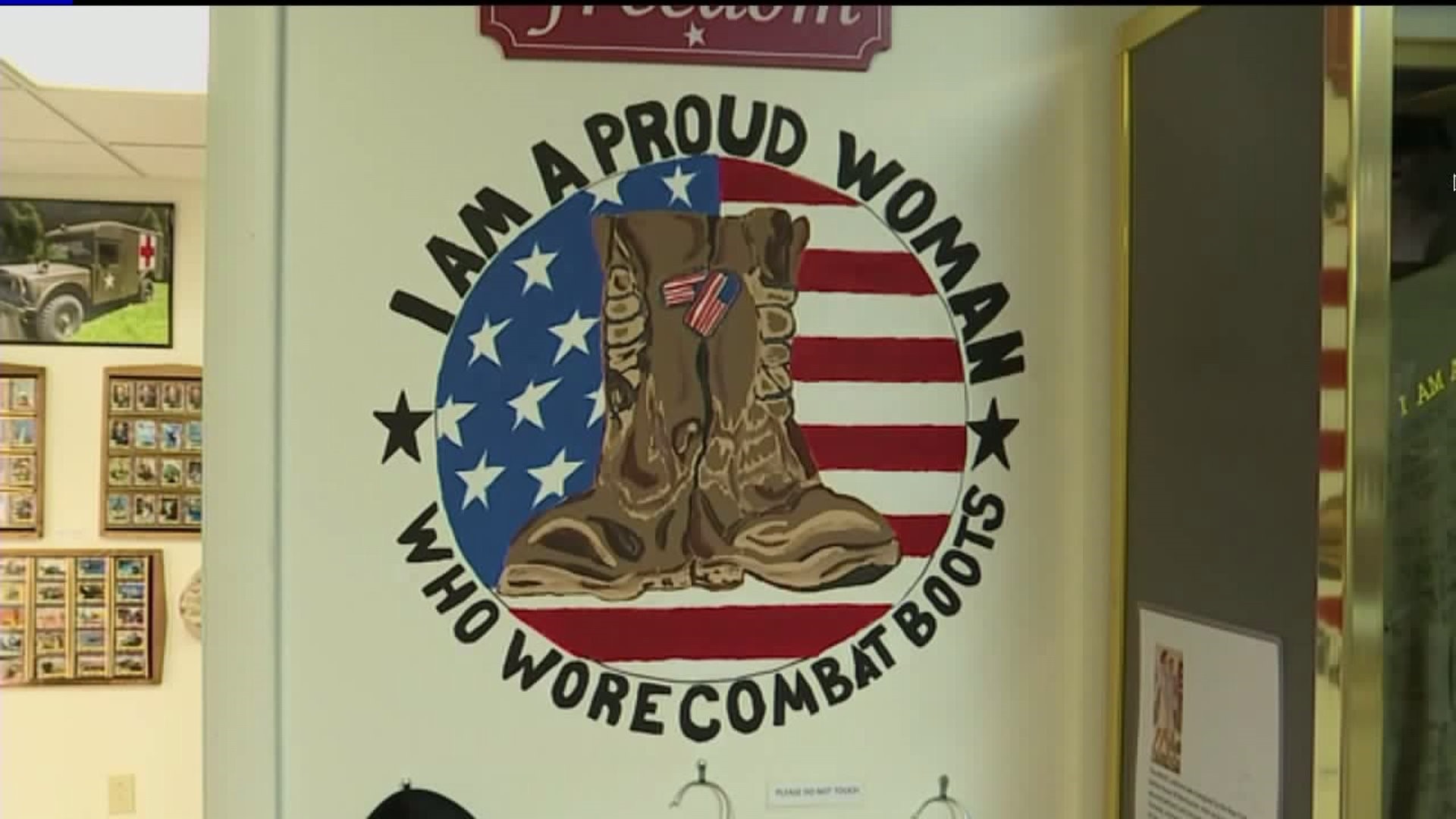 MOUNT POCONO, Pa. -- Walking into the Women Veterans and Military Family Services building in Mount Pocono, you'll find walls and cases filled with military memorabilia -- almost all of it, worn, given or used by women veterans.

"There are so many women that served in the military and they are not getting credit for their service or being featured anywhere. I wanted to highlight women and just to draw public awareness and educate the public that we have a lot of women who served in every branch of the military," said Sgt. Major Claudette Williams (Ret.), Museum Director.

Sgt. Major Williams is the creator of the museum. Some of the items in the display cases are hers.  She served in the military for 30 years and retired in 2014.

She thinks women veterans deserve more recognition.  It's why she opened the museum.

"This museum is really to highlight and show society that we have a lot of women, brave women who served our country," said Sgt. Major Williams.

Walking around the museum, you'll see clothing and equipment that dates back decades.

Most of the items were donated.  The place made its debut last Saturday.

Williams says a lot of people have been taking note of the logo.  It's a boot with a high heel inside.

"The reason for that is because it shows how a woman can transition from one stage, the combat boot to the heels and we do it back and forth," said Sgt. Major Williams.

Right now, the museum is only open Wednesday through Sunday.

It doesn't cost anything to come in and take a walk around, but donations are greatly appreciated because it's that money that will keep this place going.