POCONO TOWNSHIP, Pa. — An officer from the New York City Police Department called Pocono Mountain Firearms on Friday to warn them of a suicidal woman and ... 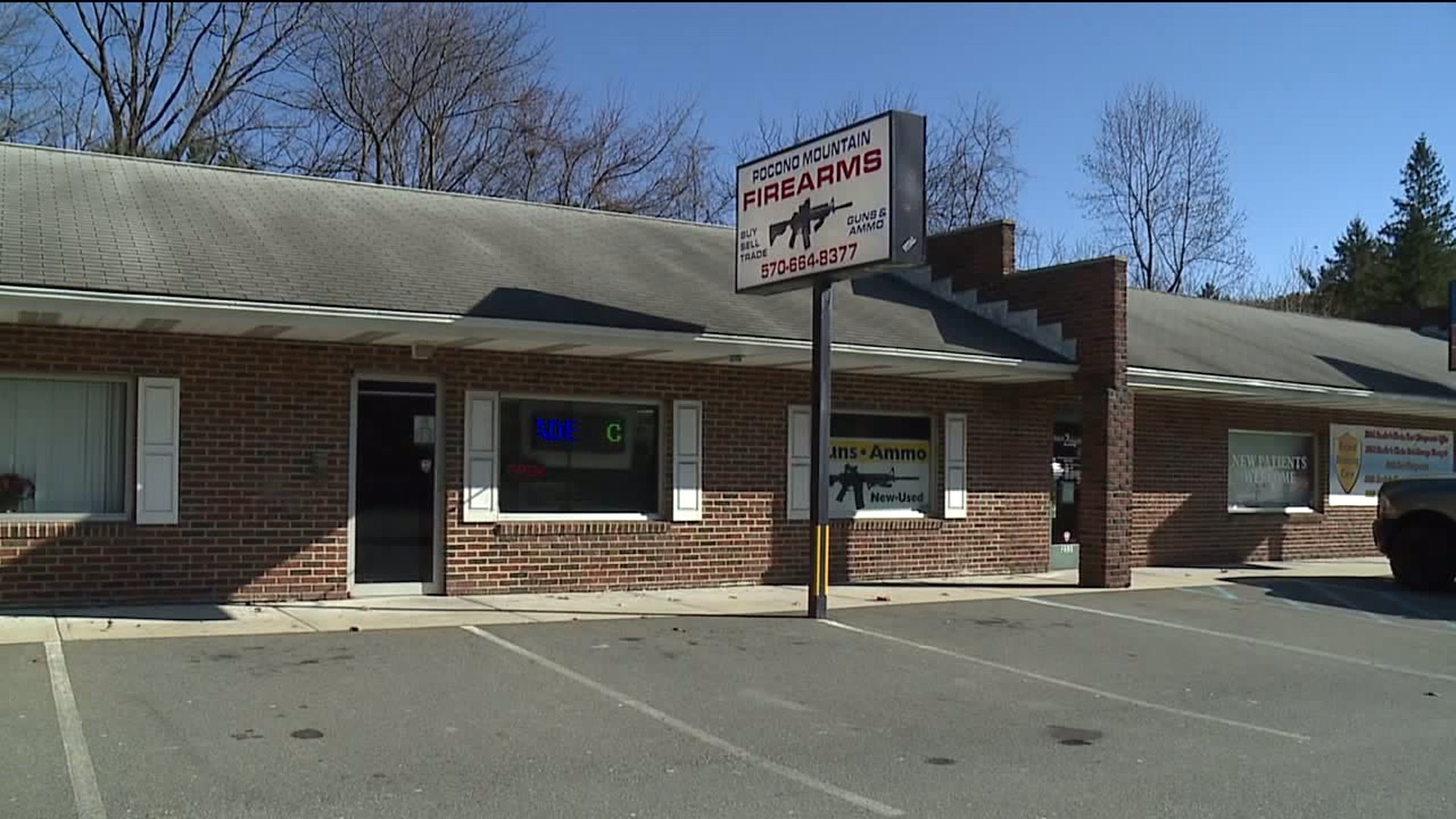 POCONO TOWNSHIP, Pa. -- An officer from the New York City Police Department called Pocono Mountain Firearms on Friday to warn them of a suicidal woman and her baby who might be on their way to the store.

"I thought this was a joke because anybody can call up and say they're anybody from anywhere," said Michael Conforti, owner of Pocono Mountain Firearms.

According to published reports, Officer Schack of the NYPD was searching for a 27-year-old mother and her baby.

She'd sent text messages to her family talking about killing herself and her newborn daughter. Officers tracked her cell phone to the Verazzano Bridge and family knew that meant she was on her way to her hometown of Tannersville.

Their next step was calling local gun shops including Pocono Mountain Firearms. Schack told owner Michael Conforti the woman would be driving an orange Hyundai Tucson.

"Either this is a really elaborate prank or there's some merit to this," Conforti said.

Just minutes after calls came in from Schack and an NYPD detective, the woman arrived at the store. She walked around quietly and asked if children were allowed inside.

Conforti says when she went outside to get her child, that's when he looked out the window and saw that she was driving the orange Hyundai Tucson and the child she got out fo the car was, in fact, an infant.

Conforti asked an employee to call 911 and maintained contact with NYPD. He says he still didn't have any confirmation that the callers were real officers but he was concerned about how the woman had initially left the baby unattended in the car

"The mother was completely aloof to the baby, wanted nothing to do with this. He [an employee] even said, 'oh you've got a really good baby, she must be a dream to take care of' and she's good, that was the only interaction we got out of her about the child," said Conforti.

Pocono Township Police Officers and an ambulance responded to the store and Conforti says first responders took the woman outside to speak with her.

Family members told police the woman had been suffering from post-partum depression since her daughter was born.

Geisinger physician Heba Tajwar suspects postpartum depression is under-reported. She recommends all mothers talk about it at their postpartum appointments.

"If they don't feel like they've been heard or they're under satisfied with the discussion at their one postpartum appointment, make another appointment," said Dr. Tajwar.

Conforti says the timing of the phone calls he received Friday is an incredible coincidence. He's glad the mother and baby were able to get help. He reminded us gun shop owners are always allowed to deny a sale for any reason.

"I'd rather be the guy with an egg on his face getting caught up in a scam, versus a guy with red on his face for ignoring something and something happening to that person and that child," said Conforti.