Murder of US Airman in Japan Hits Close to Home

CHESTNUTHILL TOWNSHIP, Pa. — A U.S. Airman from the Poconos was murdered while stationed overseas. Officials with the Air Force say MSgt. Nicholas Vollwei... 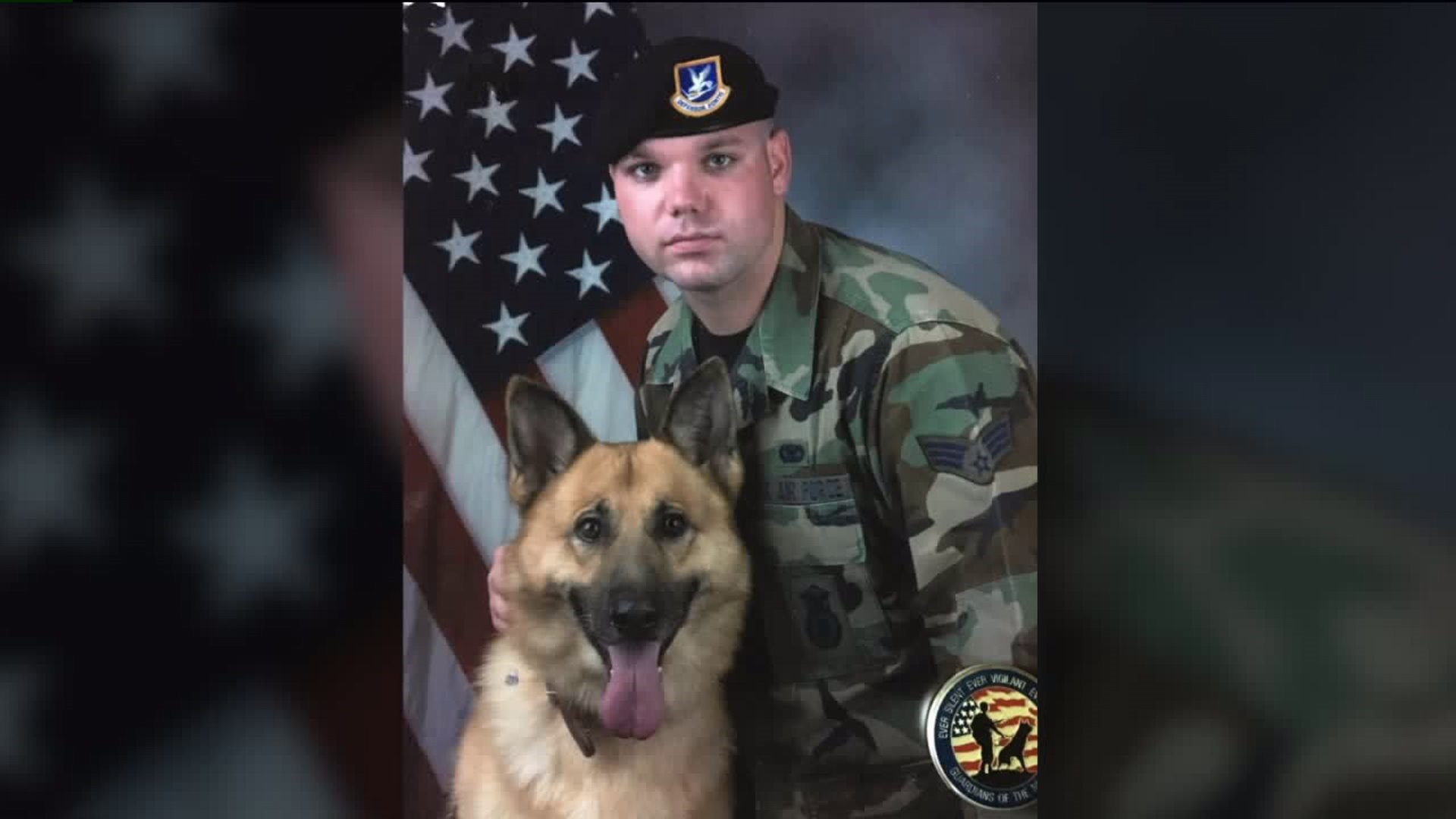 CHESTNUTHILL TOWNSHIP, Pa. -- A U.S. Airman from the Poconos was murdered while stationed overseas.

Officials with the Air Force say MSgt. Nicholas Vollweiler of Saylorsburg was murdered in his home Friday where he was stationed near Tokyo, Japan.

Whenever a service member dies, regardless of where they're from or where they fought, veterans in Gilbert say it strikes a chord.

"Always it hurts, it hurts. It's disheartening to hear. From automobile accidents to motorcycle accidents to the high rate of suicides, it's always on our mind," said Gary Spears, a Vietnam veteran from Effort.

Vollweiler was a graduate of Pleasant Valley High School in the Poconos and was stationed at the Yokota Air Base in western Japan, working as a K-9 instructor and handler for the Air Force.

Veterans who live near Saylorsburg tell Newswatch 16 Vollweiler was one of their own. They were extremely upset to hear about a member of their brotherhood being taken too soon.

"That's a loss to this country. It really is. We not only lost a veteran, but we lost a hero," said Everett Shaver, an Air Force veteran from Effort.

"To me he's a hero. The first day he put on that uniform, he knew what he wanted to do," Romeo said.

Romeo spent much of this past week covering Veterans Day events in our area. Now, he says those events and the appreciation behind them have a stronger meaning for him.

"I regret not facing him one-on-one and looking in his eye and shaking his hand and saying thank you for serving and protecting us," Romeo added.

Romeo says it's important not to take the sacrificed made by our service members for granted.

"Any man or woman that's in the military uniform, just please say thank you because you just don't know what's going to happen."

According to Stars and Stripes, a military news source, the circumstances surrounding Vollweiler's death are still under investigation by the Air Force, however Japanese officials have a woman in custody and the stabbing death does not appear to be random.