POLK TOWNSHIP — Family and friends are mourning the loss of a young man from Monroe County just two weeks after graduating from high school. He died in a ... 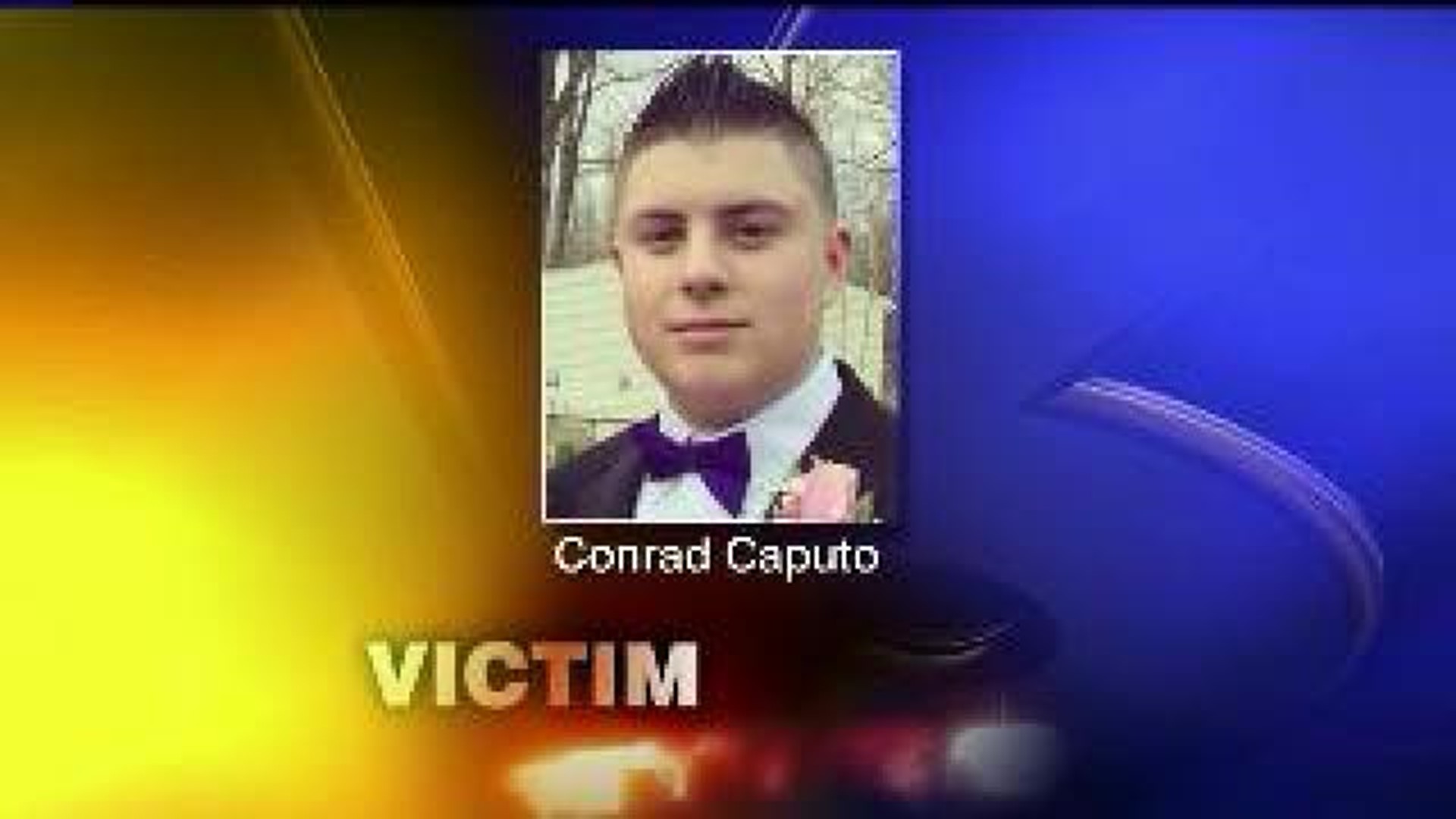 POLK TOWNSHIP -- Family and friends are mourning the loss of a young man from Monroe County just two weeks after graduating from high school.

He died in a crash Saturday and two of his passengers were badly hurt.

Conrad Caputo III, or C.J. to his friends and family, was 18-years-old.

Caputo had just graduated from Pleasant Valley High School and according to his girlfriend, was behind the wheel of his graduation present when he died, leaving everyone who knew him with broken hearts.

A childhood friend of Caputo wiped his eyes, standing where the 18-year-old's life was taken Saturday near Brodheadsville.

The crash left a tree uprooted. The memorial along Hell Hollow Road has only grown with tributes to the young crash victim.

"It took the roof off the truck from what I saw, the truck was pretty well demolished," said neighbor Joseph Nagale.

Nagale lives just down the gravel road from where the deadly crash happened. He took video of emergency responders taking one of the victims to be flown to the hospital. Troopers said a 16-year-old passenger was hurt badly in the crash. He was next to Caputo who was driving.

Investigators said another teen was in the bed of the pickup, was thrown on impact and survived. What's left of the truck is covered at a nearby tow yard.

"It's a shame. Kids will be kids," added Nagale.

Caputo graduated a little more than two weeks ago from Pleasant Valley High School The pickup truck was a gift for that special occasion, according to his girlfriend. Now, folks at the high school can't believe Caputo is gone.

"The district is devastated, it's as if we lost a family member," said Assistant Principal Tresa Malligo.

Out of the 2,000 or so students at the high school, Caputo was just a great kid, said Malligo.

State police have not released the names of the other two boys involved in that crash. No word on their conditions.