More than Two Dozen Cats Dumped in the Woods

JACKSON TOWNSHIP, Pa. — Animal shelters and rescues are in need of help after 31 cats were dumped in a wooded area of Monroe County over the weekend. A wo... 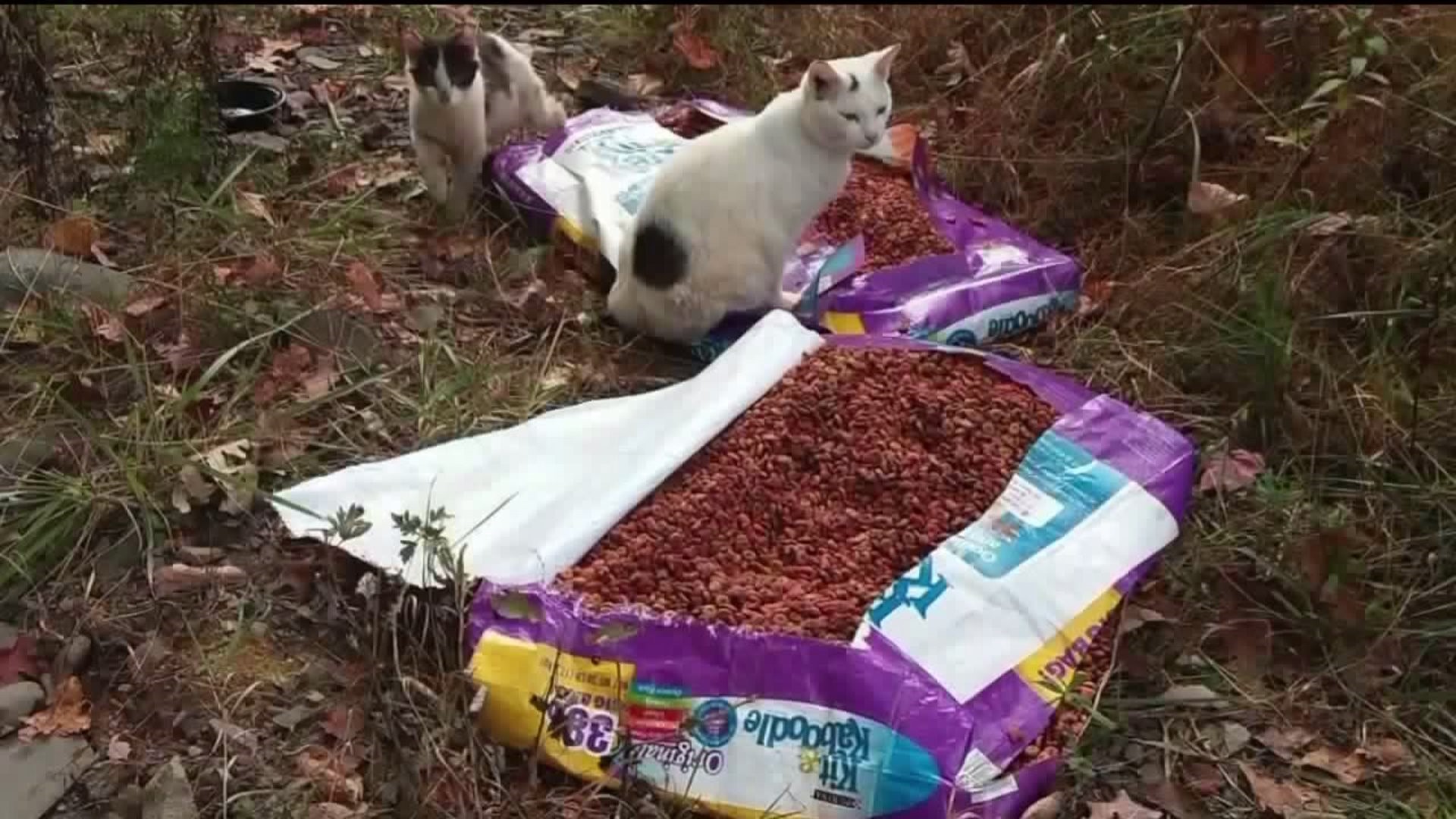 JACKSON TOWNSHIP, Pa. -- Animal shelters and rescues are in need of help after 31 cats were dumped in a wooded area of Monroe County over the weekend.

A woman who helped rescue the animals tells Newswatch 16 two 38-pound bags of dry cat food were slit open and left there, but the cats and kittens had no water or shelter. Most of the cats were put into foster homes, but some had to be taken to nearby shelters for medical care.

Five cats are at AWSOM Animal Shelter in Stroud Township. All were covered in fleas and some have bad infections.

The cats were found off Alan Court near Tannersville over the weekend. People who helped rescue the animals tell Newswatch 16 they've never seen so many cats in this kind of condition.

"It was sad. They were dumped on an empty lot at the end of a cul-de-sac. They were dumped with two 38-pound bags of dry cat food that were slit open. There was no water left behind, no type of shelter," Catalano said.

People who live near the woods on Alan Court posted about the cats on social media.

Over the weekend, dozens of people came out to help wrangle the animals.

"Some of them were scared. There were some in boxes that were just taking coverage. They were scared so some were tough getting into a carrier, but they are becoming sweet cats," said Wendy Edwards of AWSOM.

All the cats were covered in fleas. Some have hair loss, and others have ear, eye, and chest infections.

"It's just a sad situation. I have rescued several animals over the years and I've never had a scenario to this extent," Catalano said.

Staff members at AWSOM tell Newswatch 16 they don't believe this was a feral colony because the cats were friendly and not afraid of humans.

One of the volunteers set up a GoFundMe page to help with medical bills.