More Than Just a Race

TUNKHANNOCK TOWNSHIP — NASCAR fans packed the track at Pocono Raceway Sunday for the first of two races this season. A perfect day meant people had plenty... 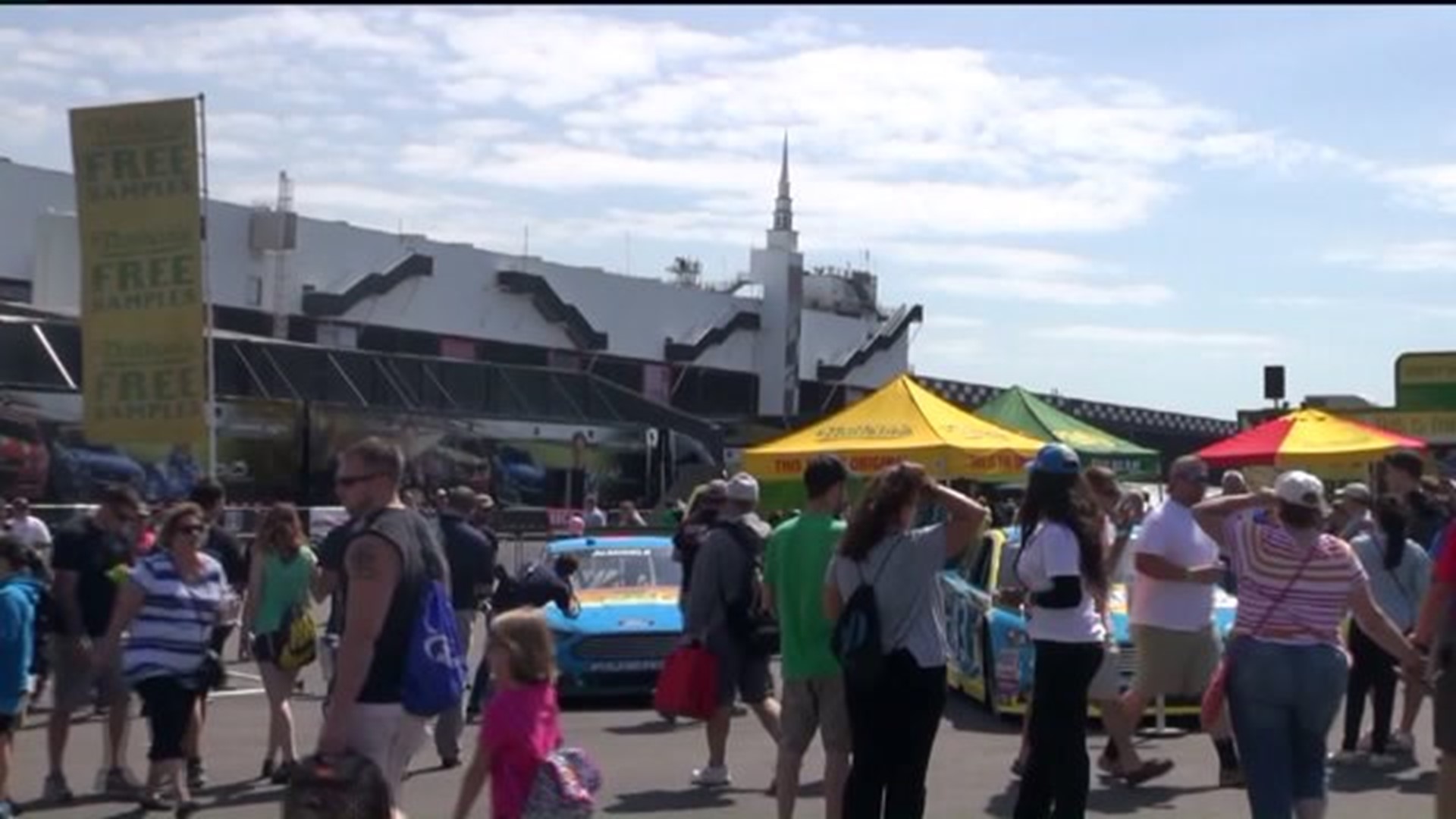 TUNKHANNOCK TOWNSHIP -- NASCAR fans packed the track at Pocono Raceway Sunday for the first of two races this season.

A perfect day meant people had plenty to do outside before the race.

All eyes were on the track while drivers competed in the Axalta "We Paint Winners" 400, but before the cars maneuvered the Tricky Triangle, there was a lot more going on.

Inside "Fan Fair" as it's called, you'll find a little bit of everything, from bikers soaring over trailers to karate kids and their instructors chopping burning wood.

"The race is a small part of this. Just to be out in the parking lot tailgating, it's a great experience. It's one of the few sporting events that you can bring your kids to and they feel like they're at home," said Tom Snyder of New York.

"It works perfectly. It's great to come out and entertain NASCAR fans and fans love to eat and they appreciate how hard we push ourselves and some NASCAR fans are competing today so it works hand and hand," eight-time defending champion Joey Chestnut said.

It gave people here in northeastern and central Pennsylvania a chance to compete for the big stage, like Frankie Herrero from Picture Rocks near Williamsport.

"I know I can eat, but I've never done it competitively," he said.

Herrero was no match for the trained professionals, but on the women's side, a familiar face from Long Pond won the qualifier by eating 14 hot dogs in 10 minutes.

"This meant everything to me. They had it last year and I had to miss it. I had an event in New York, so I've been looking forward to this since last June," said Larell Marie Mele of Long Pond.

The Monroe County native will compete along with qualifiers from 12 different locations at this year's finals at Coney Island on July 4.

Newswatch 16's Courtney Harrison has more on the race here.