More Than 100 Cats Found in Home near Allentown; Some Taken to Shelter in Poconos

HAMILTON TOWNSHIP, Pa. — A rescue shelter in the Poconos is asking for the community’s help after it says more than 100 cats were found in a home ne... 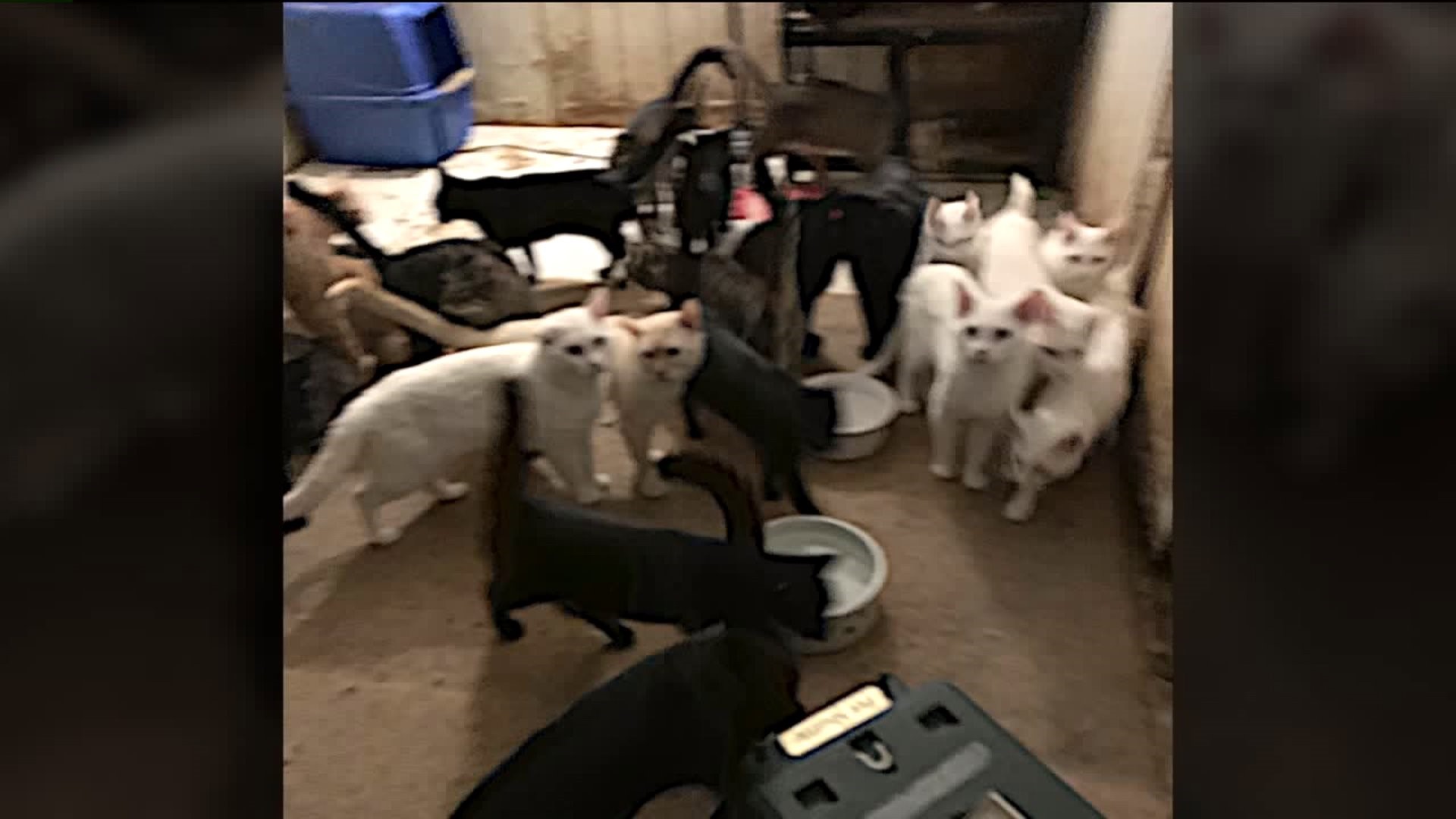 HAMILTON TOWNSHIP, Pa. -- A rescue shelter in the Poconos is asking for the community's help after it says more than 100 cats were found in a home near Allentown.

Camp Papillon says while it was only able to take a dozen cats with them, they are hoping to take more. The cats were taken from a house near Allentown by workers at the rescue shelter near Stroudsburg.

Vice President Felicia Katz says the cats were found over the weekend, living in filthy conditions.

“There was over 60 cats in this one room, no food, no water down,” said Katz. “I think there was like four litter pans, but they were filled and the odor was, it was bad.”

Camp Papillon was only able to collect 12 cats because the person keeping them refused to let them take more. Katz is hoping to convince the owner to release more to the shelter.

The shelter says the cats tested negative for feline leukemia, a highly contagious and potentially deadly disease. They will still be quarantined for a week as a precaution.

Now, the focus is getting them healthy enough for adoption.

“Our vet bills already skyrocket. I mean, there really up there. The cats are going to be neutered,” said Katz. “They have to neutered and spayed, shots. They came to us in poor condition. There's a couple cats that are blind.”

According to the animal shelter, it uses Pocono Peak Veterinary in East Stroudsburg to get treatment for its animals. Already two of the cats have been checked out and neutered by the clinic.

Dr. Christine Bongiorno says takes a lot of treatment to get hoarded animals ready for a home.

“Feline leukemia and AIDS tested, which is something we take seriously because it can be passed to other cats, so if people are going to adopt from that situation, which you hope to do, you want to get these cats a good home,” said Dr. Bongiorno.

The rescue shelter says one big way people could help is by making donations to Pocono Peak as a way to off-set its bills.