"Etna: A Murder Out of Time" details the brutal death of a teenager back in the 1800s. 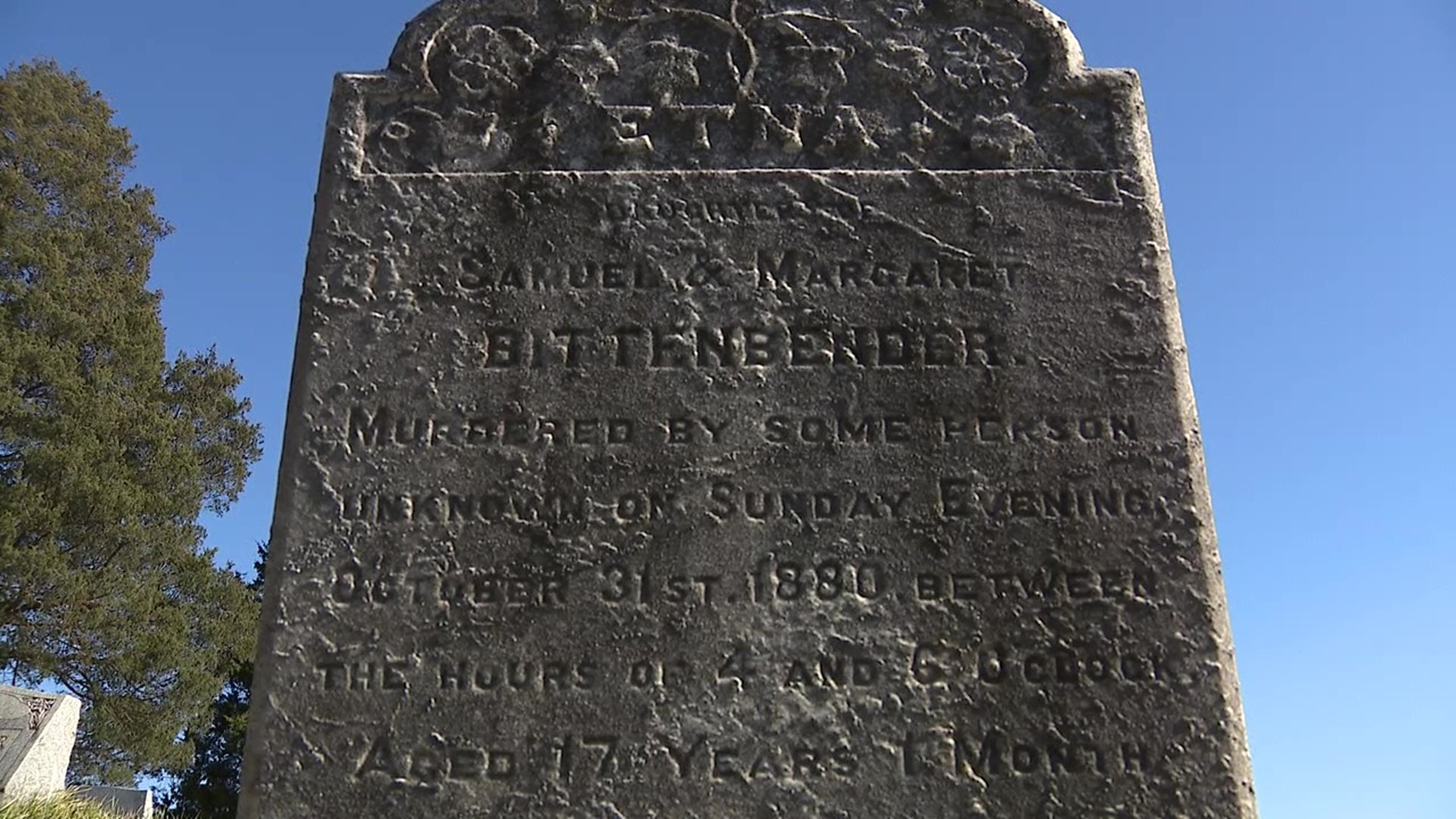 Resting here is Etna Bittenbender, a girl from this part of the Poconos, who was brutally murdered on October 31, 1880.

Her body was found on Pensyl Creek Road near Saylorsburg. She was only 17 years old. Her grave marker reads, "Murdered by some person, unknown between the hours of 4 and 6 o'clock."

"They found her murdered on that road right up there. It's not far from here, maybe about a mile, mile and a half," said Denise Cahill, Hamilton Township.

So what warrants a story about a murder case more than 100 years old here in Monroe County? Well, a prosecutor and a detective teamed up and wrote a book about it.

For the last eight years, Monroe County First Assistant District Attorney Michael Mancuso and Chief Detective Eric Kerchner have been working to crack this cold case as a side project.

"Together, we worked to try and locate the original sources that might give us some idea of what had happened to the 17-year-old girl back in 1880, starting with her own gravestone that contained information. Then we scoured the courthouse for any kind of records, archives, the historical society. It all mushroomed from there," said Mancuso.

The two used techniques, methods, and insights garnered over their careers to go over the crime in detail.

"It was a horrible crime. It went unsolved even though they put a lot of resources into it back then, and we thought we'd be able to do the same today, applying techniques of today to what we knew happened back then," said Det. Kerchner.

The 250-page book has illustrations, diagrams, and more.

Mancuso tells Newswatch 16 the idea was to approach the story not only from a historical standpoint but from personal experience.

"The way we weaved real, actual Monroe County cases into this unsolved Monroe County case did help us continue the investigation, so I can't give away more than that, but it's all in the book. We hope everyone enjoys it. Even more than that, we wanted to bring her memory to light because it was nothing but a vague, almost like a folk memory more than anything else, and in the course of doing that, I do think we rustle some feathers believe it or not 140 years later," said Mancuso.

If you're wondering if the case has been cracked, Mancuso and Kerchner say you're going to have to read the book to find out.

There are a few online sites where you can buy "Etna: A Murder Out of Time," including Amazon.