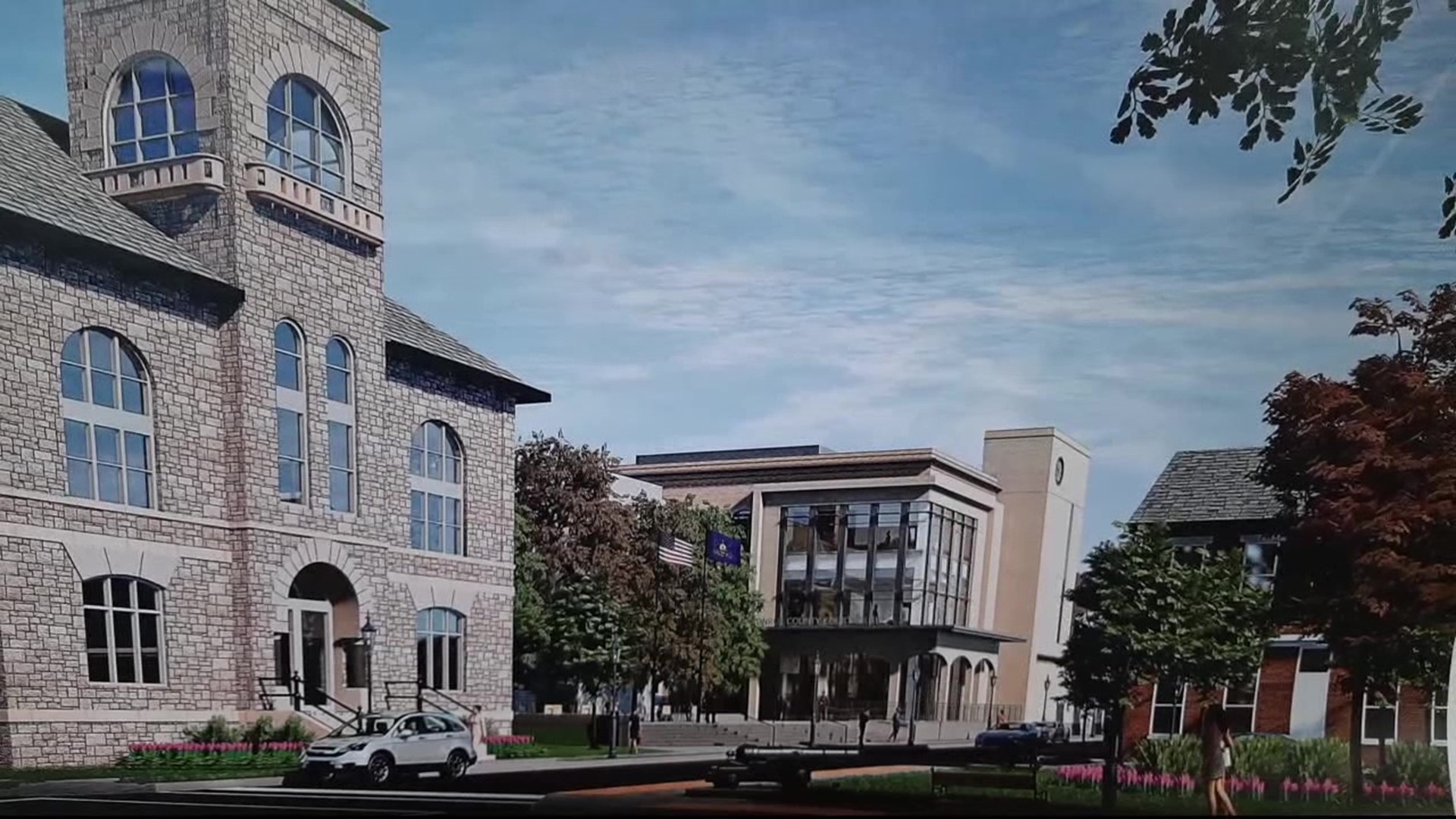 STROUDSBURG, Pa. — Shovels in the ground turned a plan, more than a decade old, into reality.

Construction on the Monroe County Courthouse expansion is now underway. A groundbreaking ceremony on Thursday marked the occasion.

"Oh, this is critical. When I took office almost 10 years ago, it was on the medium burner at that point. Went to the back burner for a while, and it's been on the front burner for at least the past five years," said Monroe County Commissioner John Moyer.

The multi-million dollar expansion will create room for more courtrooms and judges' chambers. The added space will also help many departments that work out of the courthouse.

"Courthouse design, especially as it relates to safety and security and flow of people going into the building, has changed so much over the years since I think this was built in 1978. Here we are in 2021, so I think it will go a long way for the safety and security of everyone," said Judge Patti-Worthington.

An old PNC building still needs to come down. County officials found asbestos inside and they needed to get rid of that first. The plan is to knock it down in the next few days.

A construction company out of New York State has been hired to do the work.

Robert Fisch is the manager of the project.

"It's possibly the biggest building that will be built or has been in a long time. We think it will be a symbol of investment and renewal in this part of town," said Robert Fisch, CGL Project Manager.

The first phase of the project, paid for by the county, is expected to take up to 10 months to finish.

The entire project is expected to be finished in 2023.