Monroe County has been a hot spot for COVID-19. A lot of cases have been reported and changes made this week, with hopes of flattening the curve. 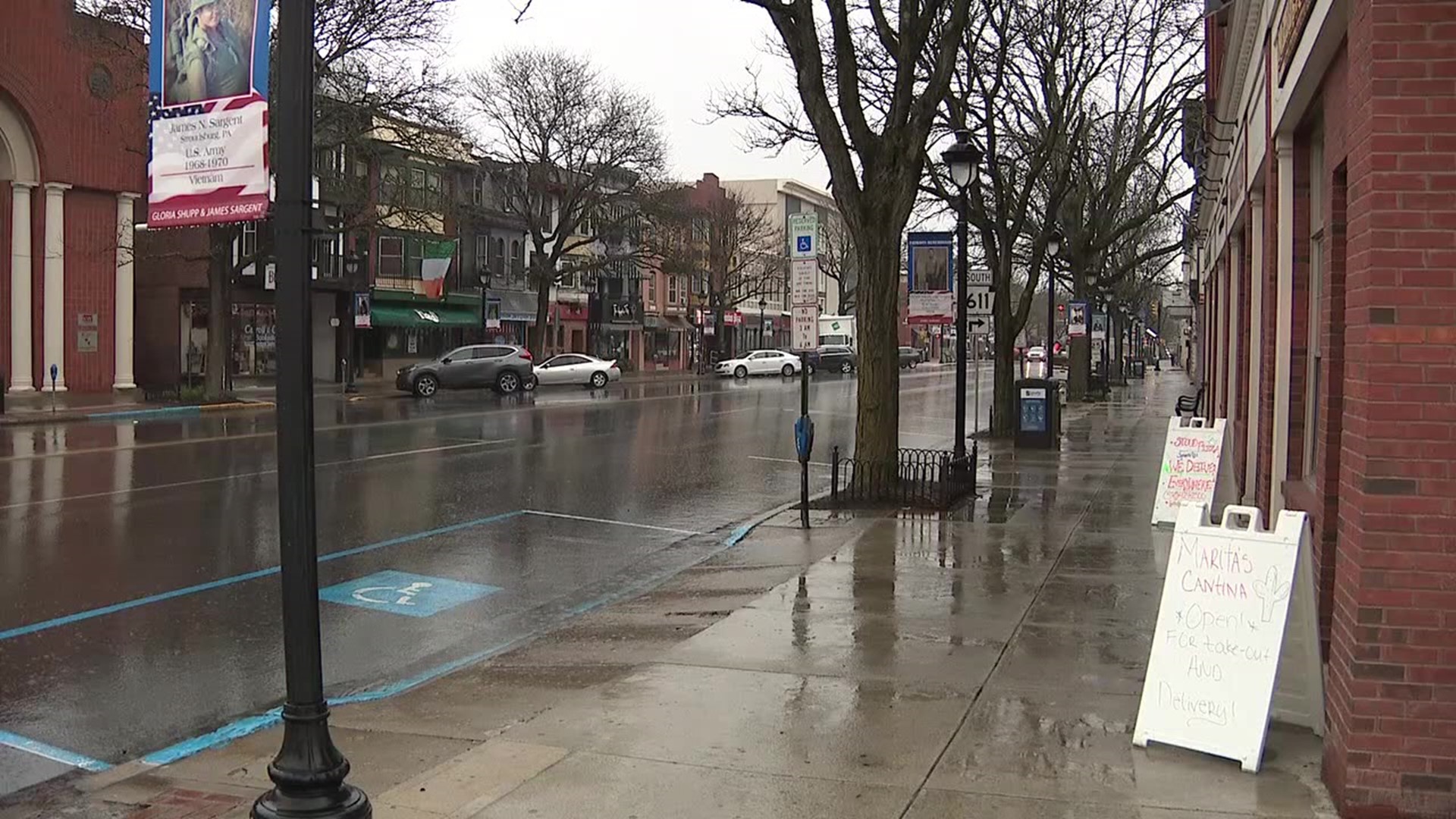 MONROE COUNTY, Pa. — As the old saying goes, everything can change in the blink of an eye.

Right now, that saying couldn't be truer. The coronavirus pandemic has impacted millions of people all over the globe, in one way or another.

But let's tighten that scope and look at how the virus has impacted our viewing area, namely the Poconos.

One week ago, Friday, March 20, Monroe County had 19 cases of the virus.

48 hours later, on Sunday, a 56-year-old man from East Stroudsburg was the first confirmed death due to the virus in the county.

A lot changed by Monday. A total of 43 confirmed cases in the county and a big announcement by Governor Tom Wolf.

A two-week stay-at-home order was put into place. Residents are to remain inside except for essential trips to the grocery store or to get medical help.

By Tuesday, only two new cases were confirmed in Monroe County, bringing the total up to 45.

A confirmed case was also announced at the area's largest employer, Tobyhanna Army Depot.  The worker had been hospitalized since the week prior and the building had been sanitized.

Martz Bus Company announced it would suspend travel by the end of the week to New York City and Philadelphia, two pandemic hot spots, leaving commuters looking for new ways to get to work.

By Wednesday night, another death due to the virus was confirmed.

By Friday, the Department of Health says Monroe County has a total of 98 cases with two total deaths.

That is 79 new cases, since last week.

There are likely more cases out there, people who are awaiting test results or haven't been tested.  All we can continue to do is work together.

Wash your hands, practice social distancing, stay home when you can and hope our weeks start to get a little brighter.

RELATED: Update on COVID-19 in Pennsylvania for Friday, March 27