STROUDSBURG, Pa. — Wylie Green from Stroudsburg was just about to pay the meter on Main Street with a quarter when he spotted a sticker with a barcode on ... 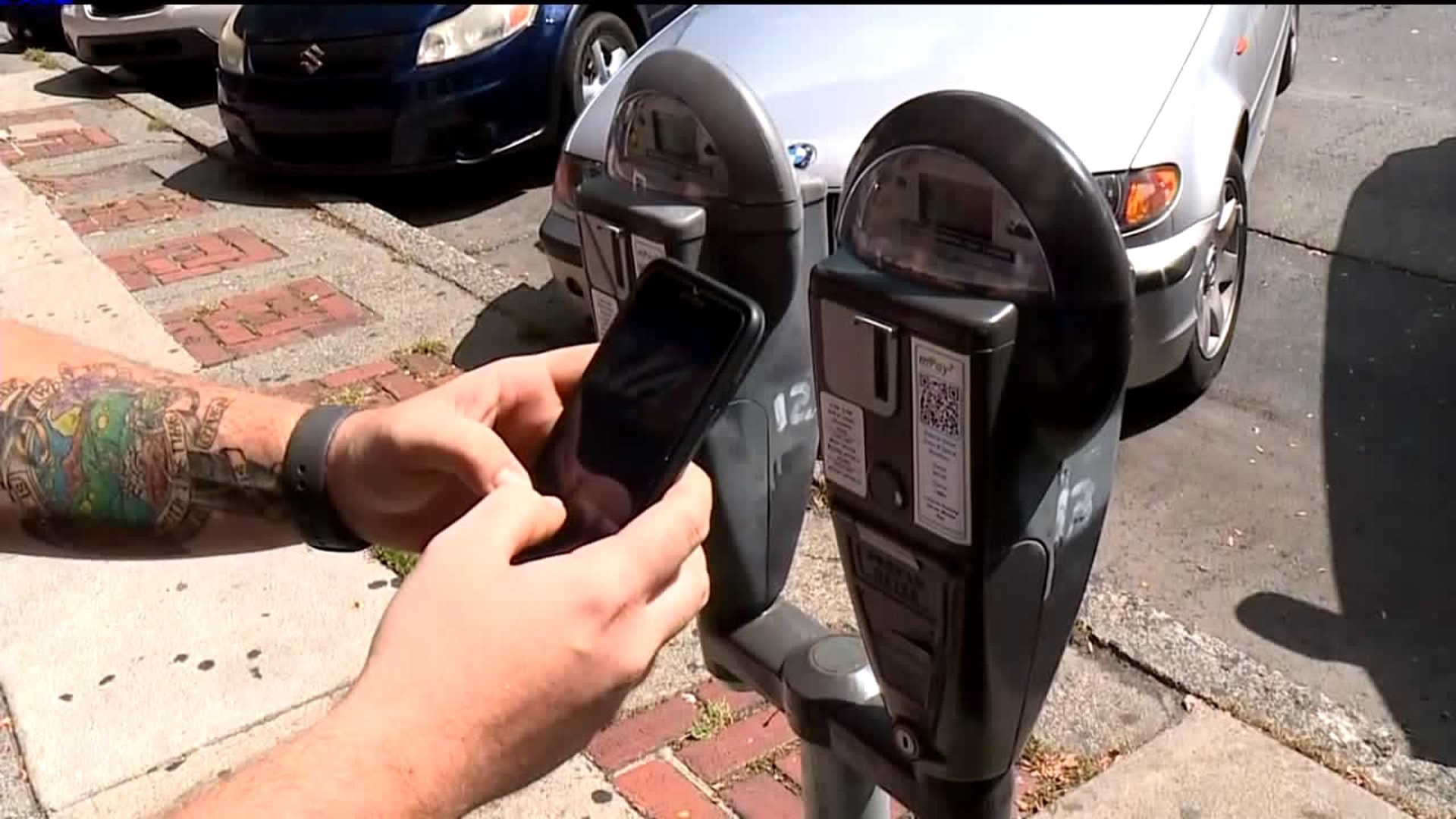 STROUDSBURG, Pa. -- Wylie Green from Stroudsburg was just about to pay the meter on Main Street with a quarter when he spotted a sticker with a barcode on it. Instead, he went on his smartphone, downloaded the borough's new parking app, and paid the meter with just a few clicks.

"It just took a little time adding all the info to it, but it honestly didn't take me more than five minutes, so I think it's worth it," said Green.

The borough now has mobile app parking at all of its downtown meters and parking kiosks.

"If you want to walk up and down the street, then you have to make sure you loop back around and make sure your car isn't expired, so just being able to add time from your phone from wherever you are is definitely a lot easier," said Abigail Green, Stroudsburg.

Drivers we spoke to say more often than not, people only have a cell phone on hand, not a quarter, so this app will definitely help.

"I am just glad it's here. I think it's really important in this day and age. A lot of people don't carry cash anymore, especially coins, so I think it's very important now that we can just scan and go," said Alanna Dent, Bangor.

You can feed the meter for up to three hours using the app.

"The parking guard was actually really nice about it. She had just printed it out or else she said she wouldn't have given it to me, but yeah I've gotten one or two parking tickets from my meter expiring," said Green.

The app is called mPay 2 Park and is free to download on any smartphone.