BARTONSVILLE, Pa. — A glass bottle and plastic bag sit along Interstate 80 near Bartonsville. Not far from that, a giant pile of tires. Drivers in the Poc... 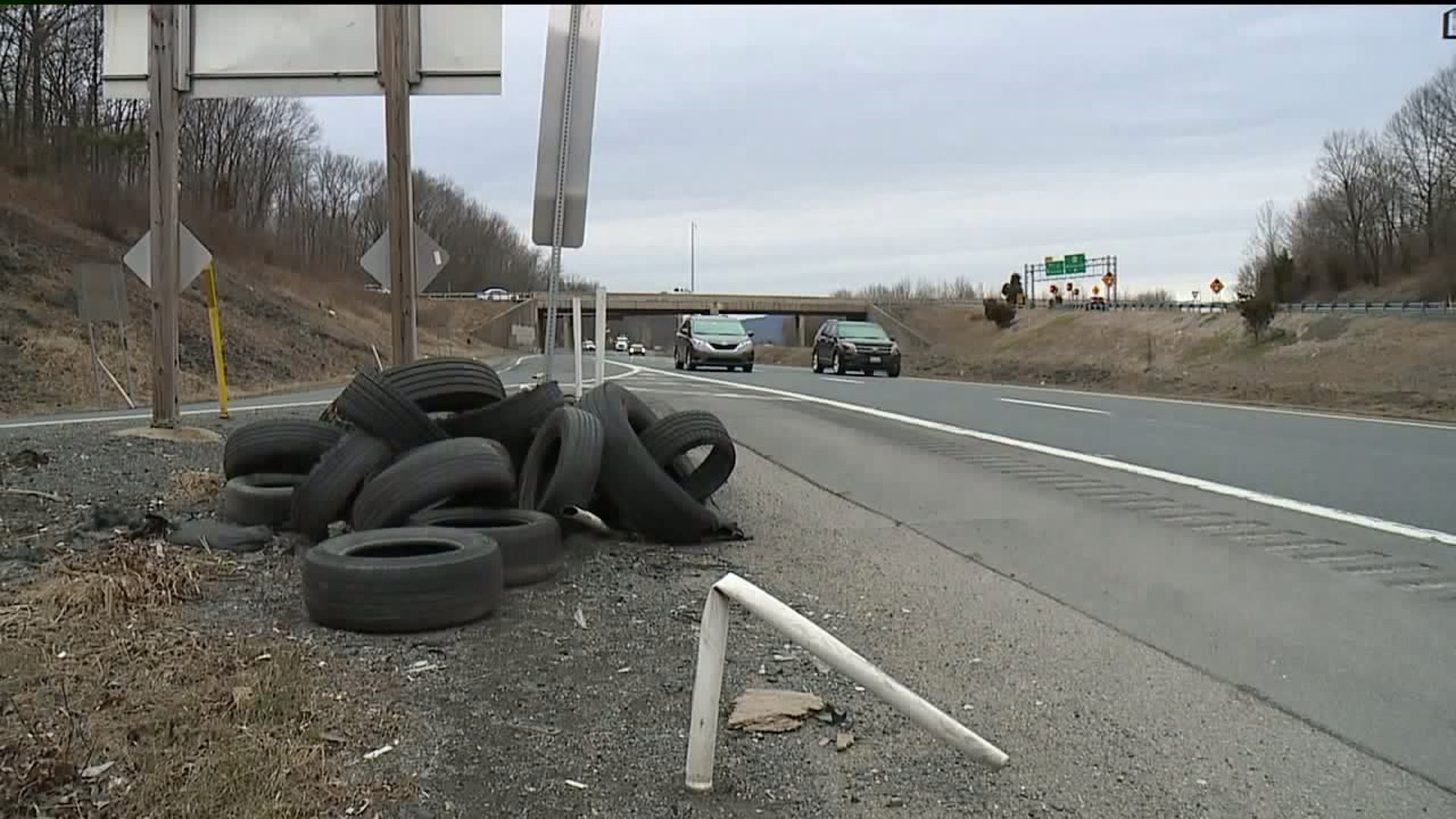 BARTONSVILLE, Pa. -- A glass bottle and plastic bag sit along Interstate 80 near Bartonsville. Not far from that, a giant pile of tires.

Drivers in the Poconos say they are tired of seeing all the trash.

"It's pretty bad. It's bad. I don't know why people can't just throw stuff out when they get home or in a proper receptacle," said Keith Kennedy.

Last year, the Pocono Mountain Visitors Bureau hired a private company called "Adopt A Highway Maintenance Corporation," to pick up garbage on Interstate 80 from the New Jersey toll up to the Interstate 380 split in Monroe County.

Officials say those crews started picking up trash last week and are working their way up the interstate.

"There is a lot of trash on the side of the roads that I do drive quite a bit. The Boy Scouts have to get going, I guess," William Keys said.

"I saw someone picking up stuff today on the way out, so they are starting to pick stuff up," Kennedy added.

Officials tell Newswatch 16 even though crews are just focusing on Interstates 80 and 380 right now, the hope is to add Route 33 later this year.

Newswatch 16 drove a few miles down Route 33 and found a children's swimming pool, along with lots of plastic bottles and cans.

"It's disgusting, not just on the interstates but even in town," Barbara Strouse said.