BRODHEADSVILLE, Pa. — One of the members of a robot army being deployed in GIANT stores is now online at a store in our area. 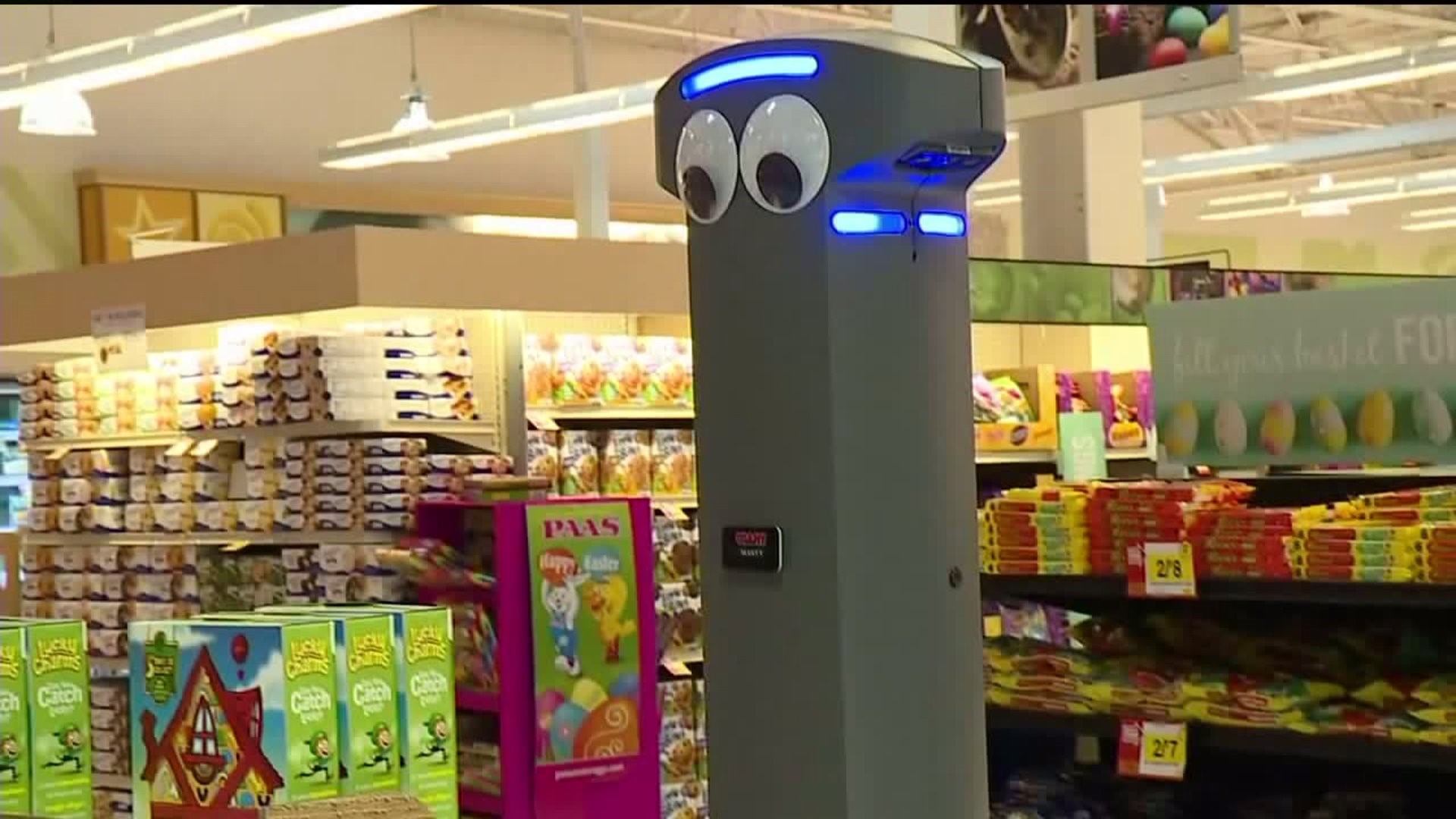 MEET MARTY! He’s the newest employee at @GiantFoodStores The robot alerts his human co-workers to spills and other issues throughout the store. @WNEP pic.twitter.com/0nVMLxBwvD

BARTONSVILLE , Pa. -- One of the members of a robot army being deployed in GIANT stores is now online at a store in our area.

"Marty" the robot assistant is now helping humans in the aisles of the GIANT in Brodheadsville.

Getting help to clean up aisle 12 is futuristic at GIANT Supermarkets.

"Marty" the robot is the newest associate at the GIANT in Bartonsville.

"I had been briefed by the meat manager. He says wait until you see Marty, so I kind of knew he was coming," said Kenny Collins, Bartonsville.

Marty looks for spills and other hazards in the store. When he finds a problem, he reports it. Then a living, breathing associate comes to clean it up.

"He will go in front of anything that is on the floor and stop. If he sees something on the floor, it will be fed through our PA system and one of our associates will go and react to that spot. He won't move from the spot until the spot is cleaned up," said Jerry Truesdale, GIANT Supermarket Store Manager.

Marty has been at this store location for a few weeks.

But Kenny thinks Marty can do more.

"I think he should sweep the floor as well as report it," said Collins.

Now Marty actually has a pretty sweet gig here. He works from 9 a.m. to 9 p.m. and he even gets some time to rest and customers really love him.

"I was going to spill something to see if he would do it. But I think it's fantastic. because it saves people from getting hurt and that is important. Especially old people, you know?" said Mike Merola, Swiftwater.

Haven't bumped into Marty yet? Don't worry.  GIANT Markets is putting a Marty in each of its 172 stores.