HAMILTON TOWNSHIP, Pa. — A man in the Poconos put a billboard outside of his home near Stroudsburg, hoping it might lead to information regarding a safe t... 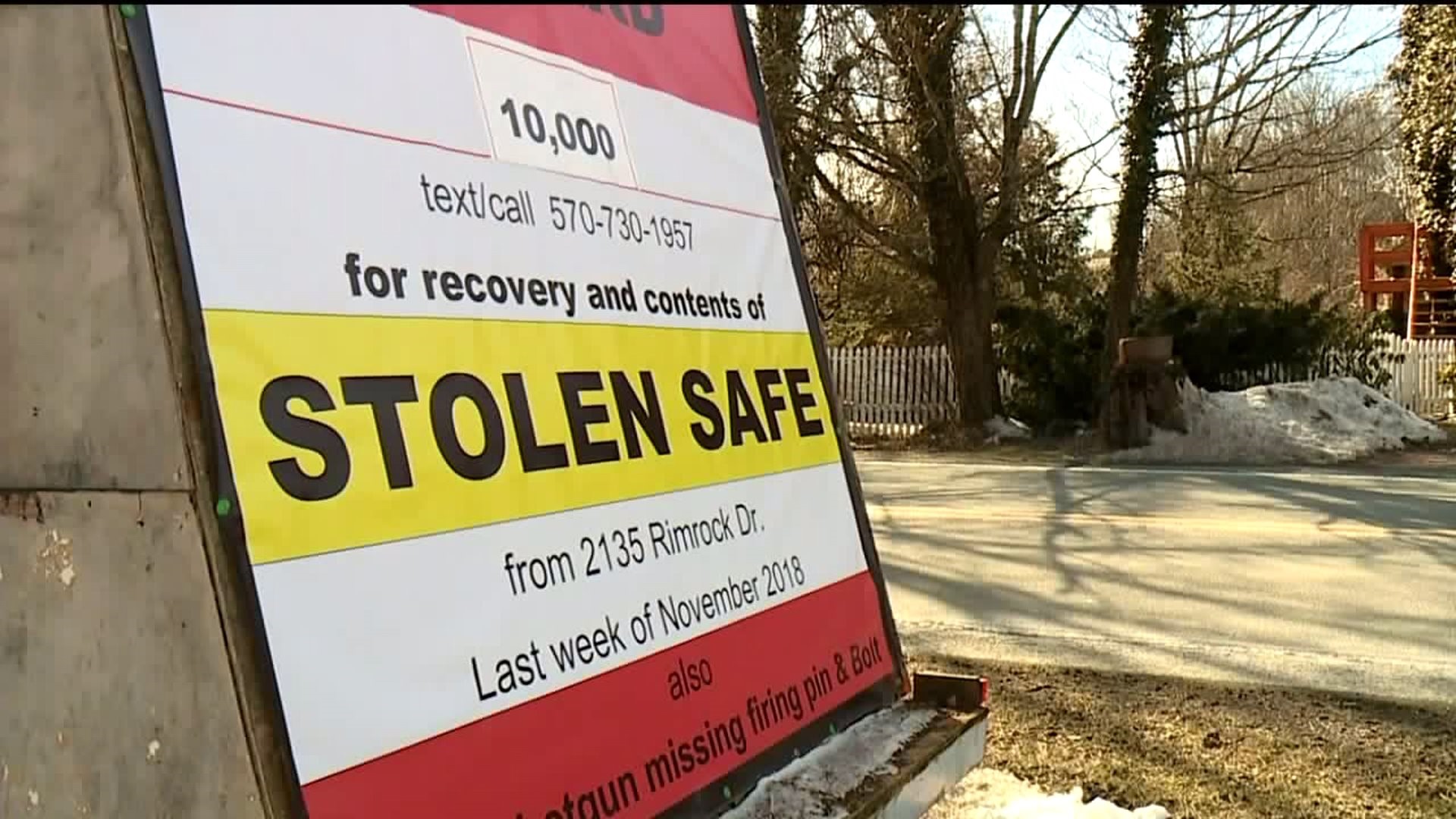 HAMILTON TOWNSHIP, Pa. -- A man in the Poconos put a billboard outside of his home near Stroudsburg, hoping it might lead to information regarding a safe that was stolen with his life savings inside.

If you've gone down Rimrock Drive near Stroudsburg lately, you may have noticed the billboard. In big lettering, it reads, "reward" and "stolen safe."

It was put in place by Hamilton Township resident Scott Young, who says a safe was stolen from his home back in November.

"It was in a closet behind coats and other household articles. It was not readily visible. I don't know if they knew it was there and went looking for it or perhaps just discovered it," Young said.

Young says he was on vacation when the theft happened.

Inside the safe was his life savings, though he did not want to say how much.

A shotgun was also stolen from the home.

Young says the lock on his back door was busted. He also followed footprints through his backyard.

"It was heavy. It gave someone a struggle getting it across the creek and footbridge, out the door, and wherever they went with it."

Young says he reported the incident to state police, but when no arrests were made, he decided to put up the billboard with a $10,000 reward attached to it, hoping someone might come forward.

"The reward has brought some interest. Almost all of them have been bum steers or dead ends but worthwhile, worthwhile looking into on my own behalf. Hopefully, there will be more forthcoming information," Young said.

Troopers at the Stroudsburg state police barracks tell Newswatch 16 they are aware of the theft and say it's an active investigation.