CHESTNUTHILL TOWNSHIP, Pa. — A man is locked up in Monroe County, accused of abusing his family. Cory Sullivan from Chestnuthill Township faces more than ... 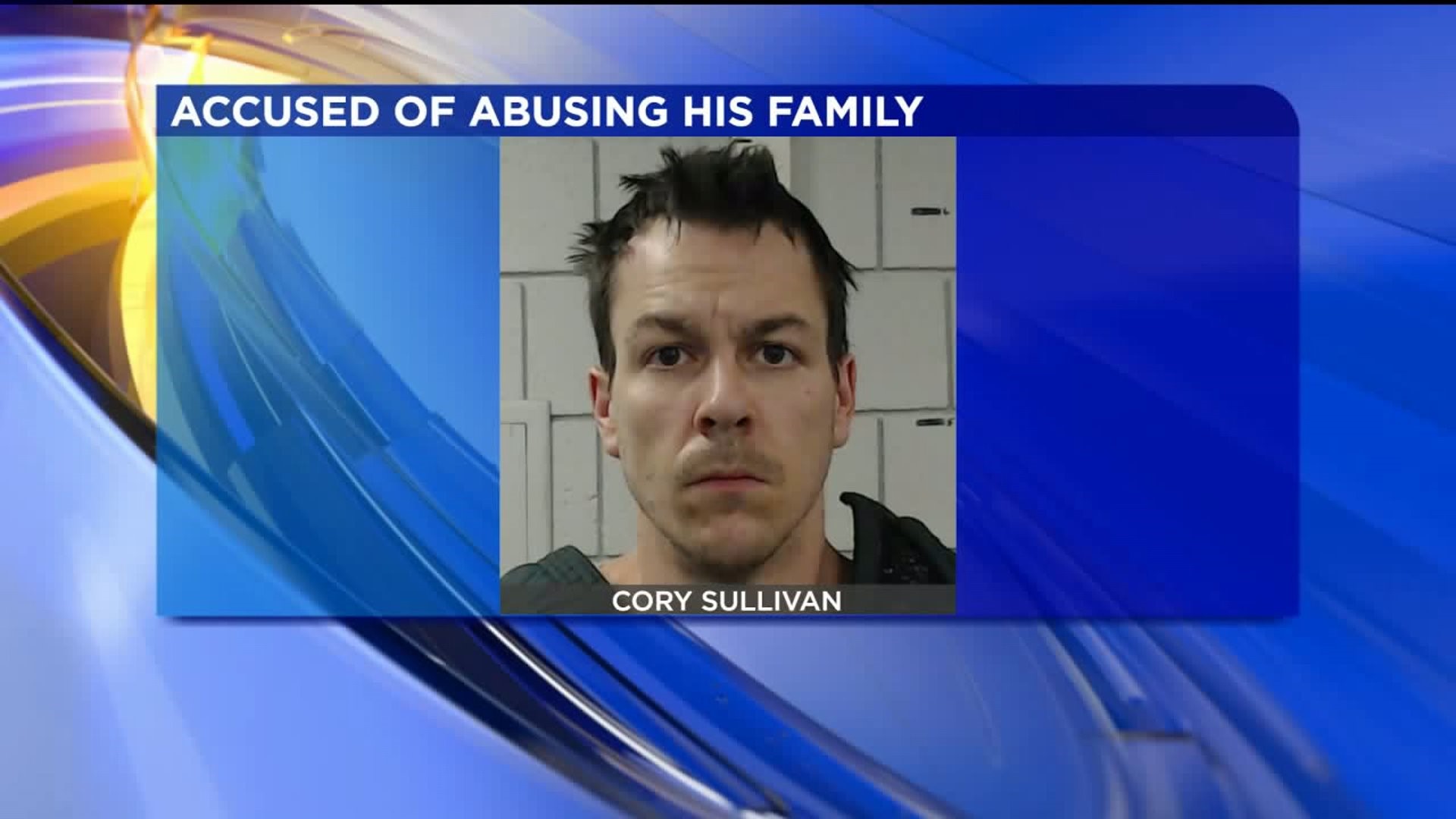 CHESTNUTHILL TOWNSHIP, Pa. -- A man is locked up in Monroe County, accused of abusing his family.

Cory Sullivan from Chestnuthill Township faces more than 70 charges, including aggravated assault and endangering the welfare of children.

According to court papers, Sullivan beat his fiancée and a 13-year-old girl with studded belts and his fists. He made them eat food and drink alcohol until they vomited. Investigators say Sullivan also made the two lie naked in the snow as punishment for making him angry.

He was arrested last week.

"It blew my mind. I had no idea. They always seemed really nice, waived hi, things like that," Kieffer said.

Court papers indicate the abuse started in 2016 and happened when things were not done to Sullivan's liking. Investigators say Sullivan also hit a 5 year old and a 6 year old in the house

Veronica Sudass lives in Chestnuthill Township and knows the family.

"Your heart wrenches inside, and you wish, wish you can do something. Thank God they are all OK," said Sudass.

According to court papers, the only reason police were tipped off to the abuse was because when Sullivan's fiancée showed up to Mavis Discount Tire, one of the workers saw that she had bruises on her face and decided to call 911."

"He is a hero. He's one of those unsung heroes that rarely you hear about. He could have easily looked the other way as many people do. It's not my place, I don't want to get involved, maybe I'm not really seeing what I am seeing," said Lauren Peterson, the director at Monroe County Women's Resource Center.

Peterson says it's important for women in situations like this to reach out for help when they can.

"You can always call our hotline. If there are ever a few minutes where you can call our hotline, it's 24 hours, seven days a week. There's always a trained counselor who can talk to you."

Sullivan is locked up in Monroe County without bail.

If you or someone you know needs to contact the Monroe County Women's Resources Center, get more information here.