STROUDSBURG, Pa. — In Monroe County, a father was found guilty in the death of his five-month old daughter. The courtroom was tense Monday night as Anthon... 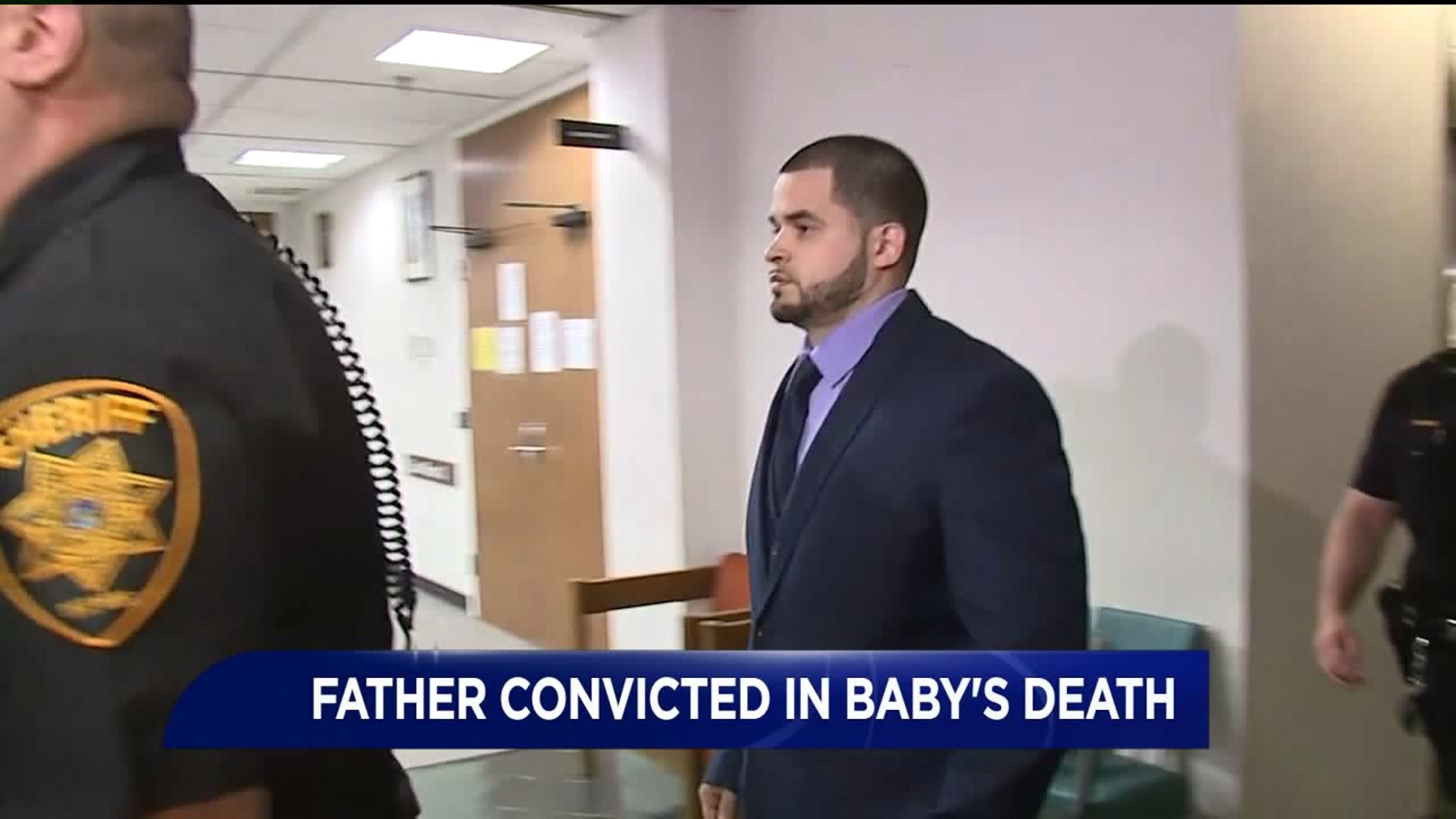 STROUDSBURG, Pa. -- In Monroe County, a father was found guilty in the death of his five-month old daughter.

The courtroom was tense Monday night as Anthony Gudino’s family packed into the courtroom and began crying when he was found guilty of third-degree homicide.

Prosecutors say back in 2016 Gudino brought his five-month-old daughter to the hospital after she was limp and unresponsive.

Hospital staff told police 27-year-old Gudino was intoxicated. He found his daughter not breathing while strapped to a baby swing. Police say Gudino fatally injured the baby. She had a skull fracture and died a short time after being brought to the hospital.

Monday night it took the jury about five hours to find Gudino guilty of third-degree homicide, reckless endangerment, and endangering the welfare of a child.

When Gudino was asked whether he felt like he received a fair trial, he stated, that he did not because they found him guilty.

“We’re pleased with the verdict. We’re happy we were able to get justice for the young child who lost her life through all of this. We’re happy that the jury gave her a voice,” Monroe County Assistant District Attorney Matthew Barnal said.

Sentencing for Gudino is set for October 3rd. Prosecutors say Gudino could face 20 to 40 years in jail.