PENN FOREST TOWNSHIP, Pa. — There was a one-of-a-kind reunion on Thursday afternoon. Newswatch 16 first reported last week a mom was missing her 7-year-ol... 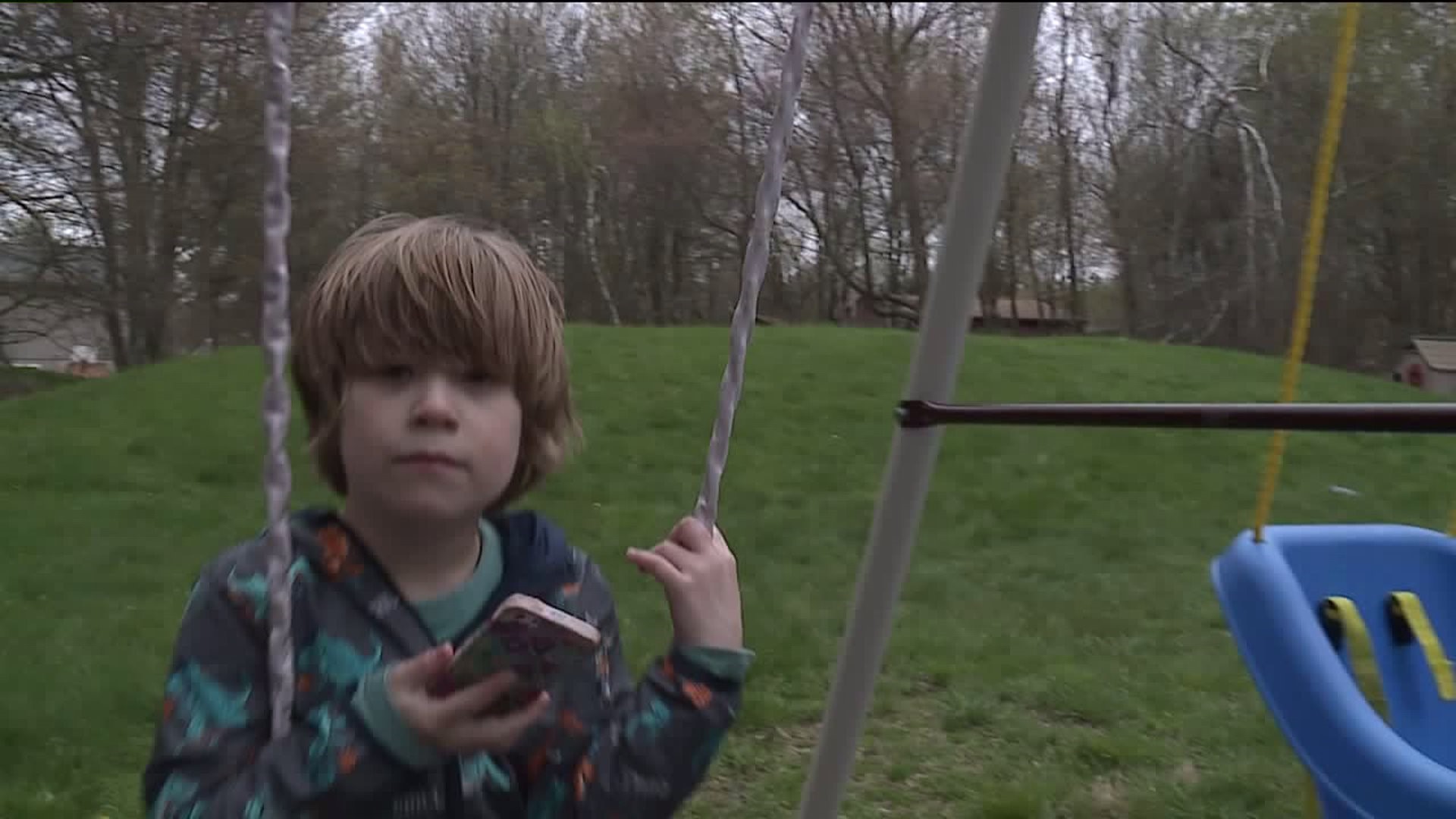 PENN FOREST TOWNSHIP, Pa. -- There was a one-of-a-kind reunion on Thursday afternoon.

Newswatch 16 first reported last week a mom was missing her 7-year-old son's phone. Oliver Voulo is diagnosed with autism and is non-verbal. The phone is his way of communicating and it is full of some of his favorite memories.

One day after our story aired, the phone was mailed back to the Voulo family anonymously.

"It's still so surreal because it all actually came full circle. It all ended up coming to such a happy conclusion and I was not expecting that at all," Mom Rachel Voulo said.

Oliver is non-verbal and he uses the phone to get his point across.

"He'll show you pictures or you'll notice that he's looking at them. So mom knows it's time to go to the playground or my favorite is when mom realizes that he needs to come and see grandma because he'll bring up the pictures of my house so that makes me very happy," Grandma Karen Voulo said.

When he is stressed, Oliver looks to his phone for comfort. It is full of pictures and videos of him trying new things for the first time. These memories weren't saved anywhere else.

On the day the phone was lost, Oliver was running errands with his mom.  The last place they had it was at Chestnuthill Township Park. His mom thought the odds of finding the phone again were one in a million.

"Definitely reinforced my faith in humanity because it really kind of opened my eyes that there really are amazing gracious people out there that are willing to do things like this for people," Rachel Voulo said.

"It's a miracle and it fell into the right person's hands. Thank you, whoever you are, thank you," Karen Voulo said.

Oliver's mom said she has since backed up all of those pictures and videos that are on the phone. If it goes missing again, they will never lose those memories.

HAPPY ENDING ☺️ 7-year-old Oliver lost his phone last week. He is diagnosed with autism and is non-verbal. This phone is his comfort blanket *and* his way of communicating. One day after @WNEP aired his story - it was mailed back to his family *anonymously* More tonight at 10/11! pic.twitter.com/44uoqE4kRW