MONROE COUNTY — Wildfires continue to wreak havoc out west, and two different agencies in our area have been sending people to help battle those blazes in... 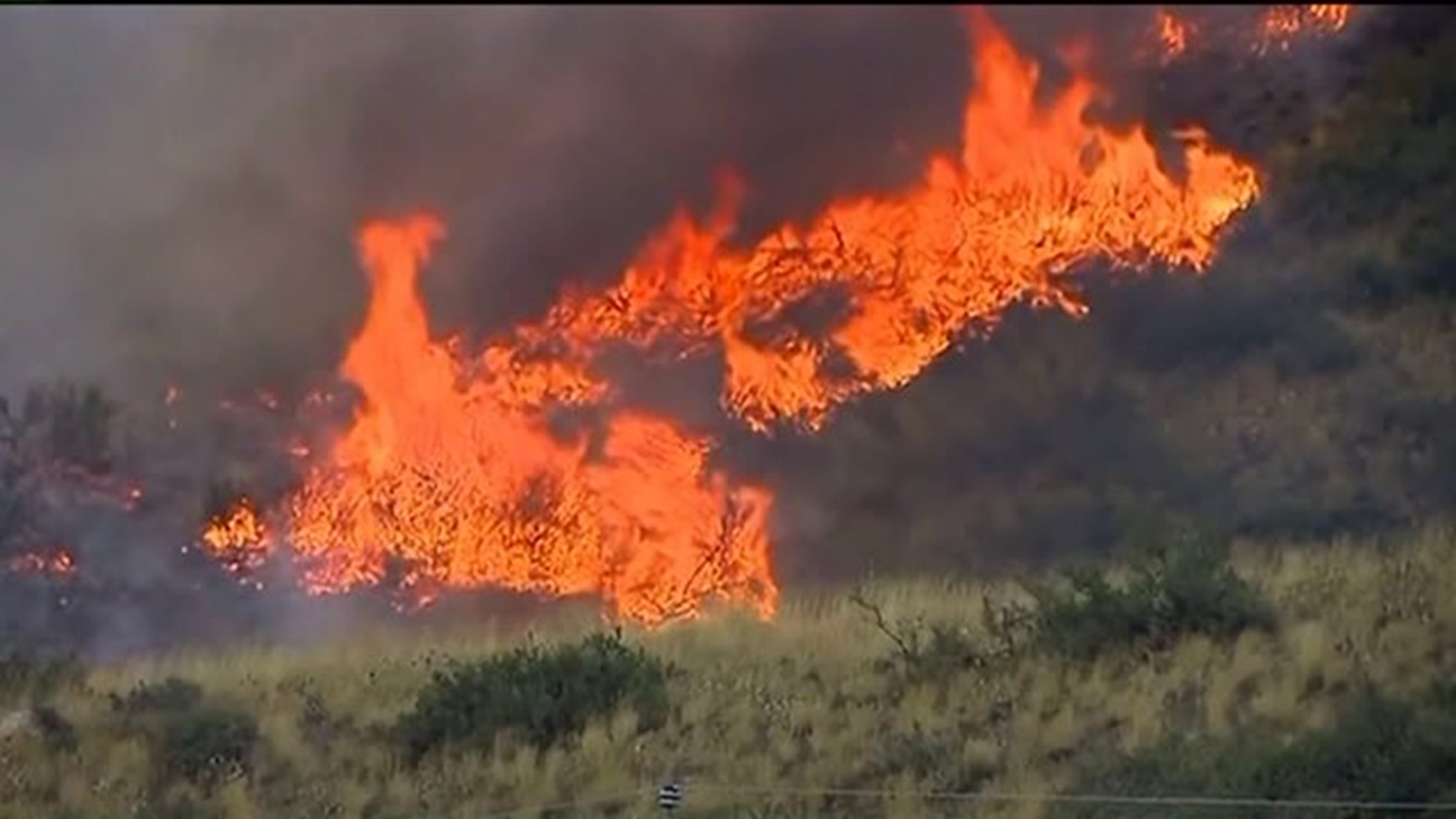 MONROE COUNTY -- Wildfires continue to wreak havoc out west, and two different agencies in our area have been sending people to help battle those blazes in California, Montana, and beyond.

Currently out west, there are more than 20 un-contained wildfires, and firefighters from the Poconos and across Pennsylvania have been called in to help fight them.

Fire Management Officer Cliff Lively works for the National Park Service at Delaware Water Gap and just got back from fighting this fire in Montana. He says six park service employees from his region are scattered across the west right now.

'It's a way to help the country, people, give back a little bit. It's part of our job so you know what you're getting into when you sign up,” said Lively.

One is in Washington, one in Oregon, two in Idaho, and two in California.

Lively lived in California for 25 years before moving here to the Poconos. One of the wildfires is hitting close to his old home.

“The fire that burned 200 homes is right where I used to live out there. I know some folks that were evacuated,” said Lively.

Helping at these wildfires out west is nothing new for folks here at the National Park Service. They say get calls to assist all the way from early June through October.

The state Department of Conservation and Natural Resources has seven crews out west this summer as well.

“It's a little strange when you first get out there. You get off the plane, you don't really know any of the terrain, and kind of the climate you are going to be working in, and you have to kind of adapt to it pretty quickly,” said service forester Garrett Beers.

National fire reports show wildfires this year on average are fewer in number but are spreading across more acres. Officials say it’s hard to prevent the devastation we’re seeing.

“Millions of acres of pretty much undeveloped land right next to a thousand houses, and it's pretty easy to see how a fire could transition from the wild land back into someone's residential area,” said Beers.

Crews from our area will continue to head west until the job is done.