MONROE COUNTY, Pa. — Waking up every once in a while to get in a good scratch or a yawn, you can get an up close look at the life of a bear. This is a liv... 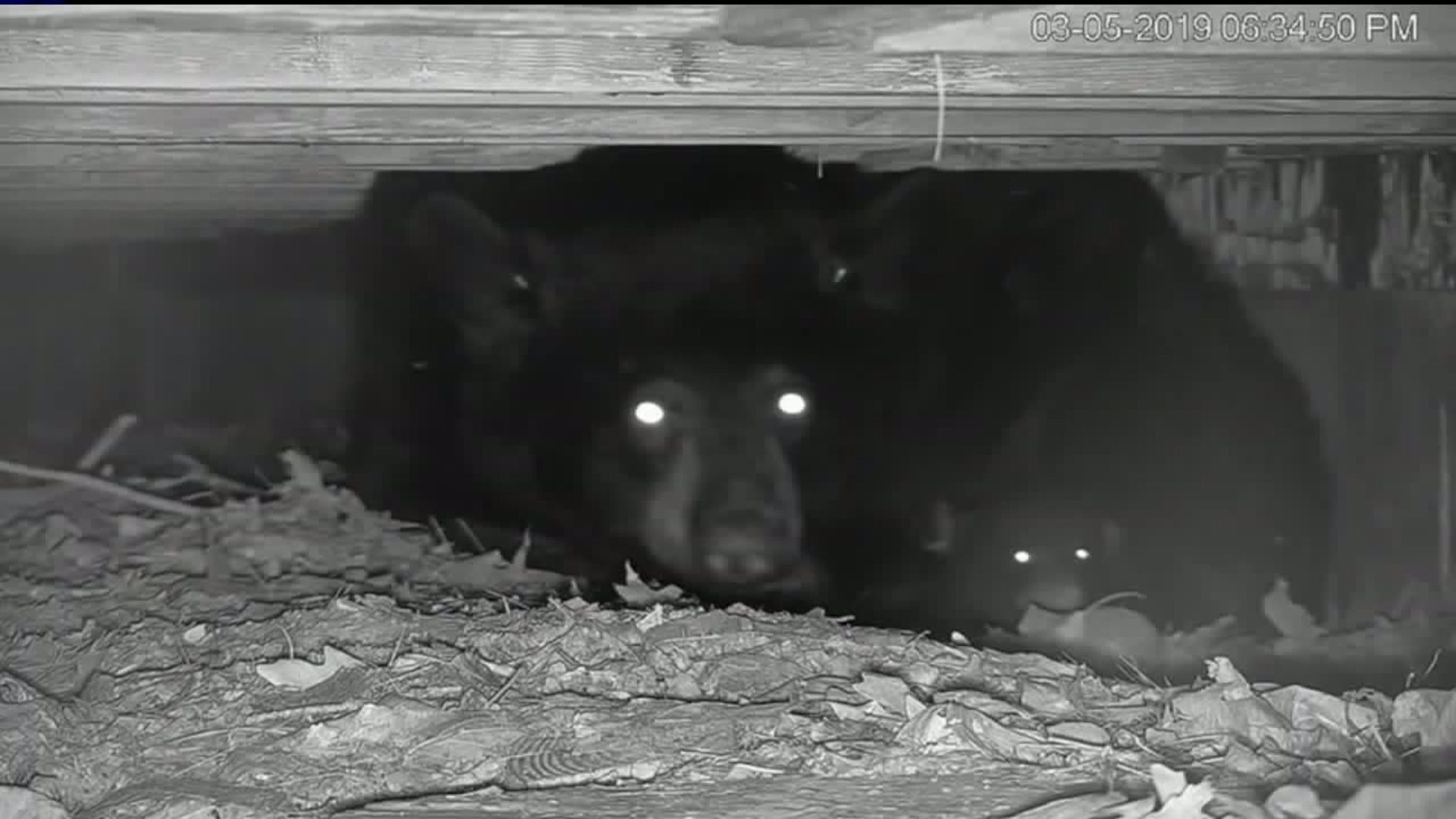 MONROE COUNTY, Pa. -- Waking up every once in a while to get in a good scratch or a yawn, you can get an up close look at the life of a bear.

This is a live stream of a black bear and at least one cub in a den.

It was made under the deck of a home in Monroe County.

Listen closely and you an even hear the cub.

"This is the first time that we have ever done a live feed on a bear den, and this bear was just the perfect storm to make it happen," said Bryan Mowrer, Game Warden.

Bryan Mowrer is a Game Warden with the Pennsylvania Game Commission.

Back in the fall, the homeowner reported the bear under the porch.  After lot of check-ins, educational and safety sessions, the homeowner agreed to have the live camera installed.

He says, for the safety of the homeowner and the bear, he can't say exactly where the den is, but everyone is safe.

"This bear is literally just sleeping. She is laying there napping and the homeowners are accessing, walking right over the top of her, and it's not impacting her whatsoever. She's just going to keep sleeping," said Mowrer.

Game Commission officials say, while a lot of people find live streams like this one cute and entertaining, it's also educational.

"It can be anything from mom just turning, when those cubs get exposed to cold, they will yell and scream at mom, 'Hey! Get back here. You are warm.' You may see a cub or mom turn, and with warmer weather next week, there is going to be a lot more activity under there," said Mowrer.