JACKSON TOWNSHIP — Some early signs of fall can be seen throughout the Poconos. The leaves are starting to change colors. People might notice a few leaves... 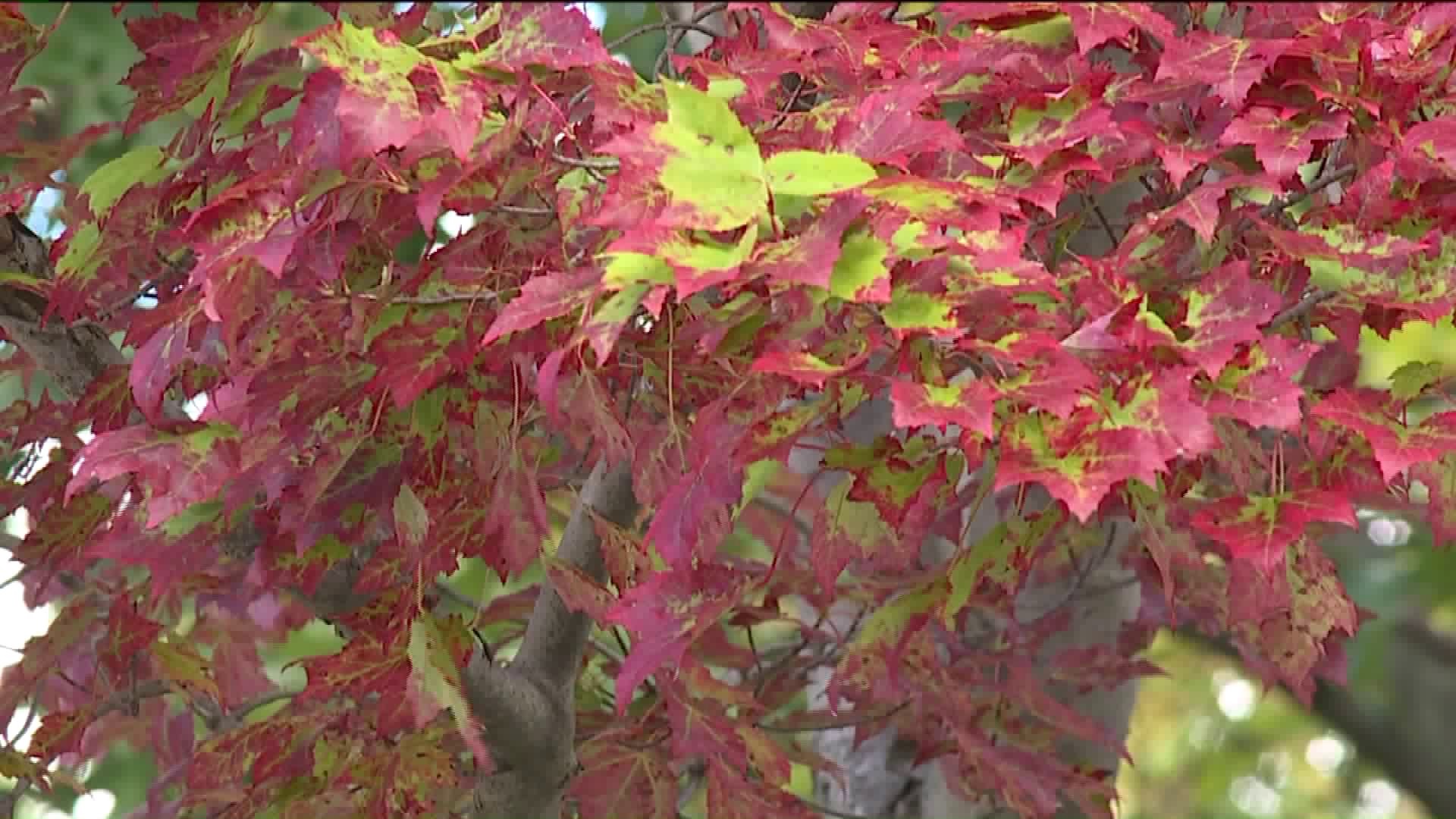 JACKSON TOWNSHIP -- Some early signs of fall can be seen throughout the Poconos. The leaves are starting to change colors.

People might notice a few leaves that are already brown on some trees.

According to forestry officials, some trees were infected with a fungus, and it will impact the color, but the scenery this year is expected to be just fine.

Some telltale signs that fall is near can be seen from the top of Big Pocono State Park near Tannersville. The leaves are starting to change colors and plenty of people are already checking out the sights.

The fall foliage in the Poconos attracts thousands of tourists each year, but with the wet weather we had this summer, some trees have changed a little early.

"You're always going to see different colors throughout the year. Red maples are variable. It's what you see now -- the reddish, burgundy, orange color -- and it can change early. Even sometimes in the summer, you can see the colors out already," said Garrett Beers, DCNR Service Forester.

Because of the wet spring and summer we had, some of the trees contracted a leaf fungal disease. According to the Pocono Mountains fall forecast, it's one of the reasons why some of those trees are changing a bit early this year. But they are on track and we should see full color by mid-October.

"It's a natural part of the year and they change every year," said Beers. "It's going to happen. A little bit at the end, if they drop leaves early it's not going to hurt because right now, the trees are pretty much shutting down and pulling all the resources that they could out of the leaves and salvage those and pull it back into the root system."

Donna Critchfield is visiting from Wisconsin. She's happy to see some of the fall beauty in the Pocono Mountains.

"It's a little early and I guess every year is different. Some it's early and some it's late, you just gotta go with the flow."

According to the fall forecast from the Pocono Mountain Visitors Bureau, right now between five and 10 percent of the leaves have started changing. The projected peak color is mid-October.

Share your photos to our "Fall Foliage" photo gallery HERE.