SAYLORSBURG — Firefighters in the Poconos came to the rescue of nearly one dozen cats abandoned in a small carrier outside the fire station earlier this w... 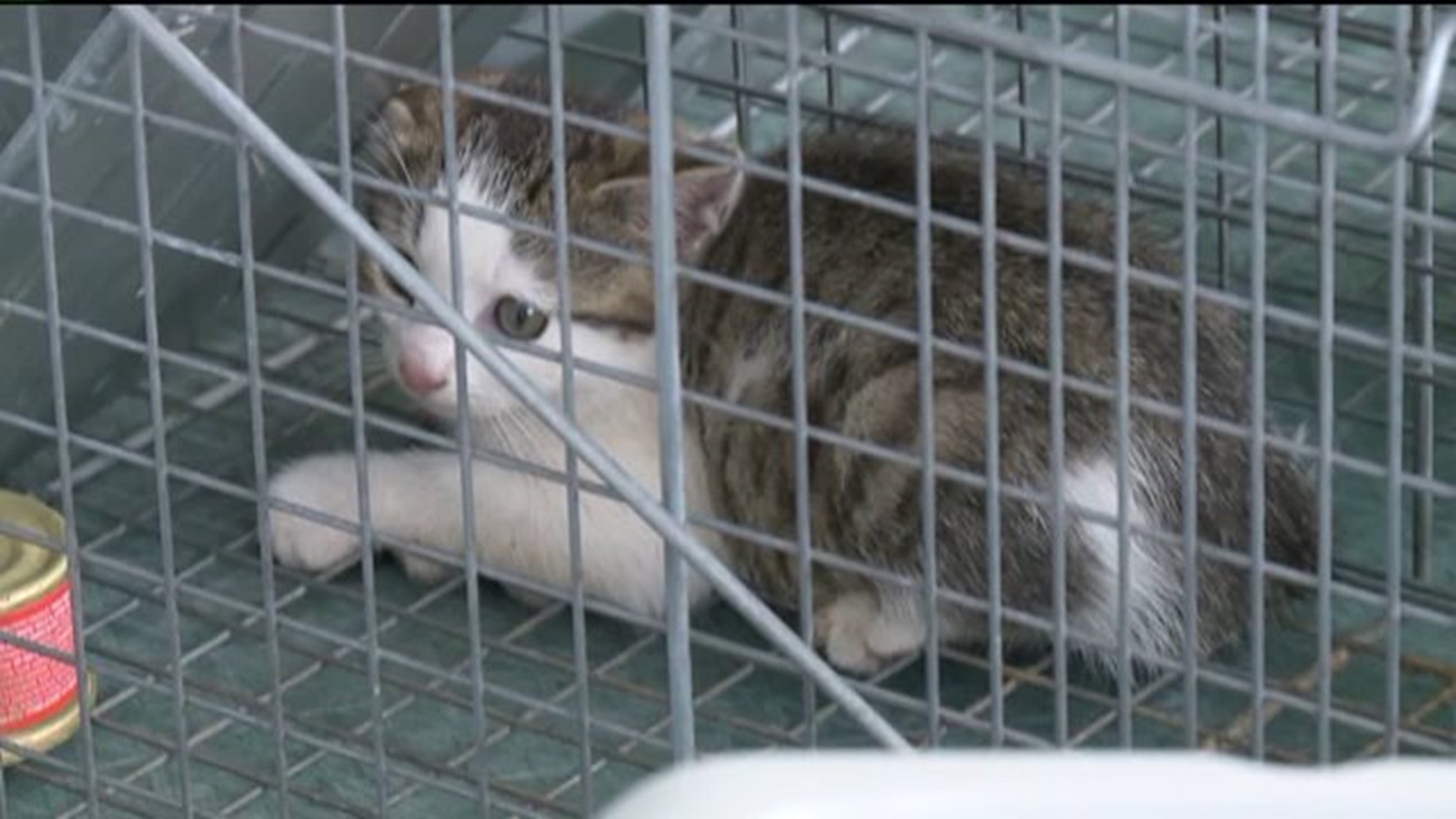 SAYLORSBURG -- Firefighters in the Poconos came to the rescue of nearly one dozen cats abandoned in a small carrier outside the fire station earlier this week.

Coolbaugh Township volunteer firefighters unloaded cages of kittens in Saylorsburg. They found the kittens shoved into just one small carrier outside their fire company earlier this week in their parking lot.

Volunteers could hardly believe someone would shove them all into just one cage, no food, no water, nothing.

"It was sad to see that somebody would just let something like that go, such a cute little animal and just dump them somewhere," said Chris Ambrogio of Coolbaugh Township Volunteer Fire Company.

They reached out on Facebook, started calling shelters and it took days until they found someone who had room to help

"We actually have a little bit of space so we said yes, we would take them, especially because they're ill. We often take the ones that are sick," said Creature Comforts Veterinary Service owner Karin-Susan Breitlauch.

One by one, six of these little guys were welcomed to Creature Comforts Veterinary Service in Saylorsburg.

The other five cats that were smashed inside the small crate have already been adopted and the vets at Creature Comforts say the six they're now taking care of should be on their way to a happy home soon as well.

One kitten's eyes were so infected he couldn't even get them open. Now thanks to these firefighters, some of them could be adopted at the West End Fair later this month.

"No, not a cat, never owned a cat, so I don't know anything about cats. We've taken them out of trees, that's about it," said Ambrogio.

But these volunteers were happy to help, the best they knew how.