POCONO TOWNSHIP — It looked like something out of a movie — security camera images of two women, armed and dressed as nuns, trying to hold up Citize... 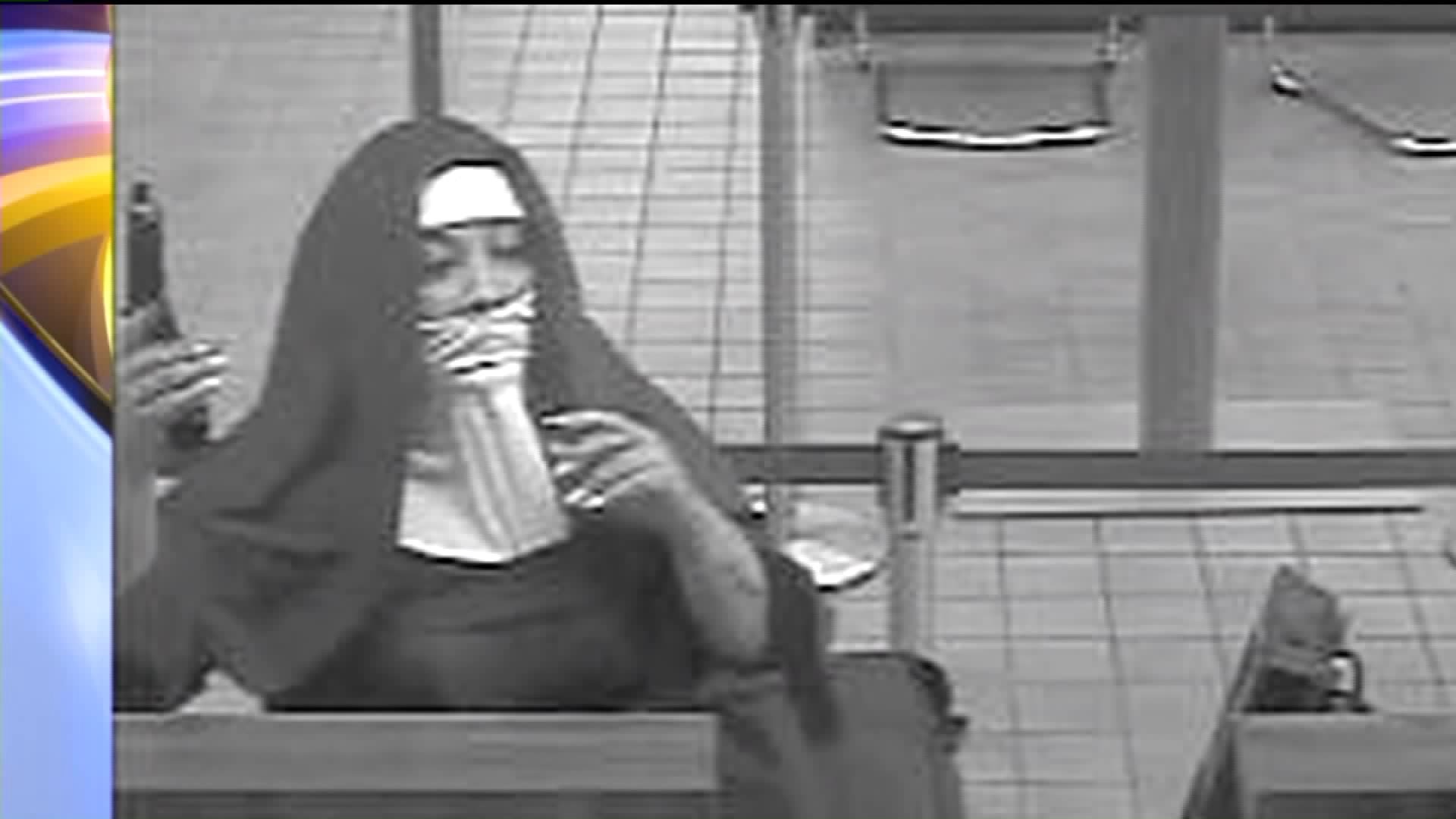 POCONO TOWNSHIP -- It looked like something out of a movie -- security camera images of two women, armed and dressed as nuns, trying to hold up Citizens Bank near Tannersville.

The bizarre attempt has people asking why.

"I think it's nuts. It's different. It's really crazy, two nuns," said Alcides Catrino of East Stroudsburg. "What is the world coming to?"

According to the FBI, one of the women wearing the full nun habit, veil, and wimple covering her hair, pulled a gun and demanded money. The other woman stood near the door in sunglasses. It all happened just after noon on Monday.

"It reminded me a little bit about the movie Whoopie Goldberg was in when she was pretending to be a nun," said Laura Brennan of Swiftwater. "I hope they find them."

"I laughed," said Valerie Hayes of Reeders. "Who would think to dress as a nun to rob a bank? It's like, it's not Halloween yet."

People who heard about the bizarre attempted robbery still can't believe it actually happened but they are happy the women didn't hurt anyone or get away with any cash.

Police believe a teller pulled an alarm and scared the nuns off.

It's still unclear if the two got away by vehicle or fled on foot.

"No one got hurt and hopefully they will get these people and not encourage others along the way," said John Casey of Pocono Township.

Some others think this is a situation people will talk about for quite some time.

"Oh, it will come up at barbecues and stuff," said Catrino. "'Remember the time the two nuns robbed a bank, or tried to rob a bank?' Yeah, it's crazy."