STROUD TOWNSHIP, Pa. — An animal shelter in the Poconos is overloaded with severely injured cats and dogs. Many were either brought to or left at AWSOM An... 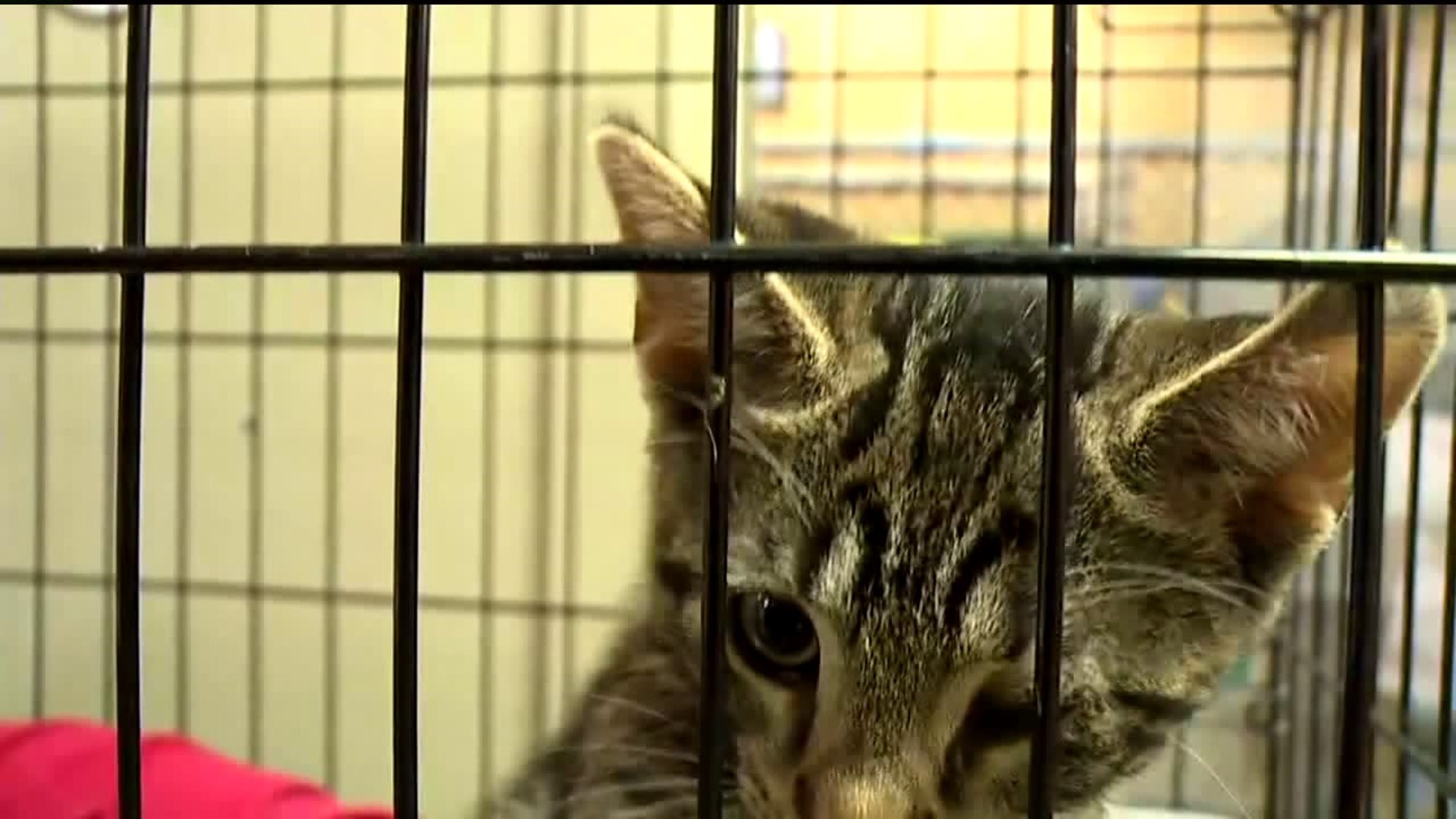 STROUD TOWNSHIP, Pa. -- An animal shelter in the Poconos is overloaded with severely injured cats and dogs.

Many were either brought to or left at AWSOM Animal Shelter near Stroudsburg in the last few days.

One cat with three legs was left outside of AWSOM Animal Shelter in Stroud Township with a bandage wrapped too tightly around his leg.

"We found him outside in a milk crate. Maybe someone thought they were doing the right thing and he had an injury and wrapped his leg so tight with an ace bandage and left it on for so long that the leg had died. It was very painful and rotting and it had to be removed," said Melissa Cozze, Clinic Manager.

And he's not alone. In the last few weeks, the shelter has received a number of cats and kittens with serious injuries.

Some are now being fostered.

"We didn't even think they would make it through the night. They were awful, awful sick and besides their eyes they were just so sick. They have a will to live so they are, each day, we are shocked by them," said Kim Fish, AWSOM shelter manager.

One dog was dropped off at the shelter on Tuesday.

"His back end is so bad that it actually looks like it hurts for him to walk," said Fish.

Shelter managers say they are at capacity and it's getting both costly and difficult to manage.

"The clinic is part of the shelter and we are also a nonprofit so any of the animals that we take care of in the shelter, we also have to buy supplies for them and it can be overwhelming," said Cozze.

Shelter managers say when the building is closed, instead of dropping off a crate of cats or a dog, look for a list of places where you can bring those animals for help.

You are also encouraged to call the shelter or send the staff a message on Facebook.